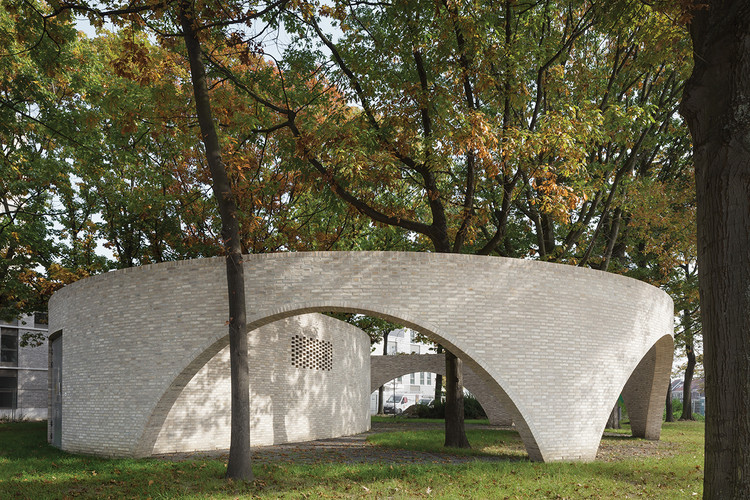 Text description provided by the architects. The assignment consists of the design of three tram traction stations and was commissioned by De Lijn, the public transport company of Belgium. The three electrical cabins provide power to the new tram line in the north of Antwerp. The three different locations take part of a larger whole:

“Brabo2: the new tram line from Rooseveltplaats Antwerp to Luchtbal and the Eilandje area”.

The three different locations and technical requirements give as a result three different buildings, by making use of every particular setting; in a small park on Noorderlaan in the Luchtbal residential area, under a bridge next to a bus park in Tjalkstraat, and on the cross roads opposite of Zaha Hadid’s Port House.

The particular architecture of every of the three buildings does more than to house technical installations. Their voluptuous brick forms transform them into pavilions, introducing poetry into the different and difficult urban sites. The project contributes to an urban narrative, creating unprecedented views of the landscape, examining what sustainability means and exploring the boundaries of what the architectural discipline stands for.

The stations are designed taking into account the urban and landscape qualities of its context. The symbiosis between site complexity and infrastructure, gives as a result three different objects with three different architectural identities and urban meaning.

The pavilions become part of the urban fabric, and their form and expression recreate the dialogue between architecture, infrastructure, and nature.

Every building is positioned on the site in order to give enough freedom of use around it, respecting the surrounding landscape elements and including them into the planning organization of the buildings.

The Luchtbal area is part of a green corridor bounded by a constellation of buildings. The station is conceived as a garden pavilion to add structure and quality to the park, creating visual relationships and activating social dynamism.

A wall with arched openings marks out a circle in the park which, in a single gesture, contains the cabin, the existing trees and sculpture.

The Tjalkstraat station is located on the slope of the Noorderlaan, and it is conceived like a masonry wall of bricks with three semicircular recesses. This gesture provides an inviting shelter to anyone who is waiting for the tram. The building remembers us to the great care that public infrastructural interventions where designed a century ago.

The Strasbourg Bridge station is located to the east of the new Port House designed by Zaha Hadid, and it is conceived as a place to take rest and lookout to the Port House, the Kattendijkdok, and the Albert Canal.

The plan is developed following the trace of the tram loop, incorporating two staircases which lift the visitor to the roof level. Like a small mooring post, the building offers a subtle and not unironic riposte to the dominant architecture of the Port House.

Although the generic concept is to adapt every volume to its specific context and infrastructural requirements, in order to achieve different volumetric results, the relationship established between the three buildings is stablished by its materiality. They are made with the same brick, in a way that they look all to be part of the same family but with different architectonical and urban qualities. This material will be applied in a different and special ways each time, using different masonry bonds, details and tectonics.

The aim is to achieve a certain coherence, an image that is contemporary and timeless at the same time, and that will instinctively belong to the location. The ambition of this project lies in forming an up-to-date image as a landmark for the user and the visitor. 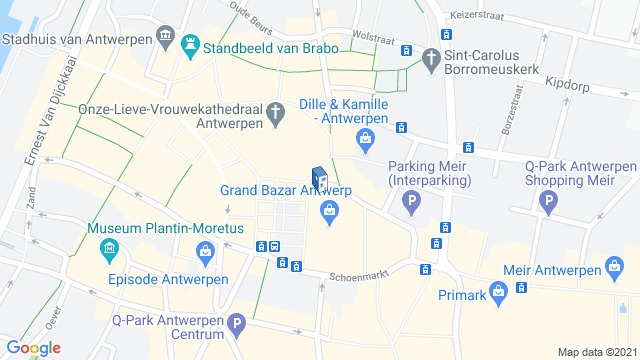