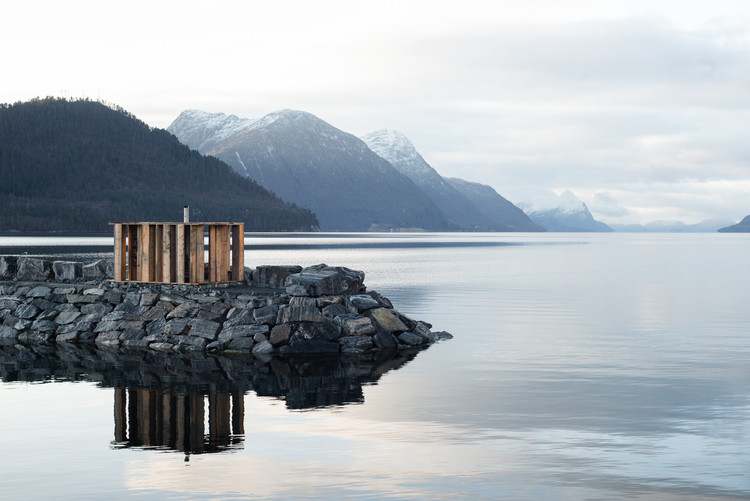 Text description provided by the architects. Sjøholt is a small town in beautiful Sunnmøre in the western part of Norway. This town has a rich history and has for several centuries been a connection between land and sea. When tourists came here at the beginning of the 20th century, the historical city center developed into a vibrant place. Time passed and modernist city planning ruined the vibrant city center with a highway. Nowadays the municipality of Ørskog has taken action in revitalizing the city center, and especially the waterfront. Lykta is a tiny intervention, but it has the effect that the public can discover the waterfront in a new way. It marks the beginning of the newly-built environment by the harbor. Lykta is a new public space placed on the edge of Sjøholt, where the city center meets Storfjorden.

The goal has been to make a gathering space and a shelter against the relatively harsh climate. What better program than a fireplace? The site is on the outer breakwater in the harbor area. On the western side of the site, there are several kilometers of an unobstructed fjord. This makes for stunning views and light from the west, but also for tough winds and big waves. Using local materials and resources was given. The local saw recommended using the local mountain pine that had been first sawn 5km away from the building site and then dried for some five years to become the ultimate raw material we used.

The local saw delivered pine planks with a section of 50mm x 370mm. Using this dimension was a decision was made early in the process. It has both structural and spatial qualities that were used throughout the design. In the process, we also reused four wood logs that were found in the local saw. They were not in a good state for the design but strong enough for the foundation. Both the design and building were done on site by the team of international students from NTNU within ten days.

Sketching and modeling on-site made the design development, and the chosen material made way for a lot of one-to-one testing. The meeting point between the material and sketches made an ever-changing process as they affected each other. The structure itself is composed of thirteen frames, with each frame consisting of a floorboard, a ceiling board, and two or three columns. Each column is constructed of two boards, which forms an “L” in the plan. These columns are placed in the perimeter of the building, and in sum creating the walls.

A discussion that arose throughout the process was how to handle the views on the sight. The site itself exists in a big landscape, surrounded by sloping mountains and along a fjord stretching towards the horizon. An interplay between the spatial columns creates openings and niches within the walls. These openings give framed views from the inside and the niches give places to sit in the big landscape. 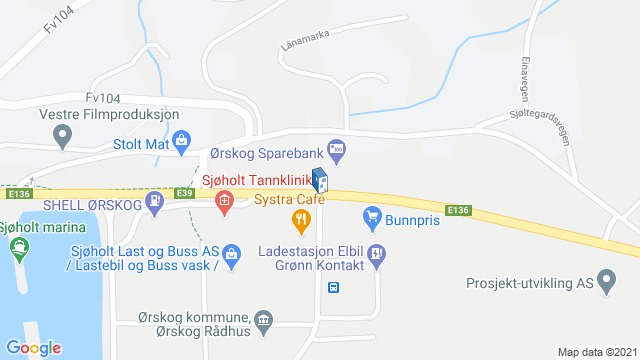 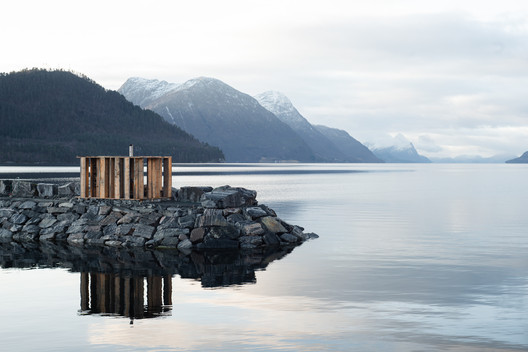