Save
Should Architecture Be Static? The Possibilities of Kinetic Buildings
Share
Or
Copy

Through shapes, colors, and the elements on their facades, many architects have sought to bring a sense of movement to works that are otherwise physically static. Santiago Calatrava, Jean Nouvel, and Frank Gehry are only a few of the masters who managed to provide a dynamic effect to motionless structures, highlighting the work in context using formal strategies borrowed from the plastic arts. In other cases, however, architects have also opted for physically kinetic structures that could bring a unique aesthetic or functional dimension to the work.

Dynamic elements facilitate spatial changes through the movement of small parts or even larger sections of the structure itself. Often, when we talk about kinetic architecture, solar protections may come to mind: for example, at the Institut du Monde Arabe in 1987, Jean Nouvel installed 240 light-sensitive panels on the southern facade that regulated the amount of light entering the building through sensors and 27,000 diaphragms similar to cameras. The structure, which was simultaneously analogue and highly technologically advanced, also refers to Arabic motifs and Mashrabiyas, forming a shading effect that not only draws attention but retains cultural significance.

In addition to dynamic façades, other kinetic architectures take movement and transformation to new levels. In large sports or event arenas, the use of retractable covers is quite common. For example, the roof at Atlanta's Mercedes Benz Stadium, designed by 360 Architecture (now part of HOK) stands out for having eight “petals” coated with ETFE (ethylene tetrafluoroethylene) that slide along the tracks on the stadium roof to join at a central point, drawing inspiration from the opening mechanism of a camera lens.

In New York, the local office Diller Scofidio + Renfro designed The Shed Art Center with a moveable exterior shell next to the High Line Park. The building is an iconic space for large-scale performances, installations, and events, and is formed when the outer cover slides along the tracks to the adjacent square. The 37-meter mobile roof is made with an exposed steel structure, and the same ETFE as the previous project.

Drastically reducing the scale, in Ger Atelier's Yas Ger, Movable Mongolian Yurt project, the circular space of the traditional Mongolian hut is divided into two semicircular portions. When necessary, it is possible to expand the hut by pulling the two portions apart, extending a wall between them using a metallic structure with a flexible fabric. According to the architects, “in terms of mobility, light materials are used and mechanical elements such as a motor and wheel are applied in order to reduce the mobile load and improve the precision and convenience of the operation; in detail, the drilling and multiport method in a semicircular space increases the flexibility and pace of the yurt. ”

At Spy Glass, the idea was to build a structure that paid homage to the classic beach hut—an iconic symbol of the British coastline. Built on a recessed turntable, the cabin's "panoramic window" can be rotated like traditional binoculars at a 180 degree angle via remote control—facing the sun, seascape, or bright lights from the Eastbourne pier, 'reacting' to the daily life around it.

Utilizing a similar concept, The Observatory, developed by Feilden Clegg Bradley Studios, contains two rotating wooden structures: a private and weatherproof artist studio, and the Workshop, a space for the artist to present his work and meet with the public. The artist or visitors can rotate the buildings, which like telescopes, can face different points of interest—a nod to the coastal defense "lookout" structures often found along the British coast.

In the Caja Obscura project, by Javier Corvalán and Laboratorio de Arquitectura, the house consists of two distinct parts. Below, a habitable foundation structure built of stone and earth. On top, a metallic box, light, almost completely closed. The upper box pivots on the slab, with an axis slightly displaced from its midpoint, allowing the volume to rotate up to 25 degrees without impeding the views or the wind.

On the other hand, Caspar Schols is an architecture office that has been working consistently with this type of small dynamic house typology. They design structures of simple volumes, aligned on great tracks that allow the parts to move among themselves, forming a diversity of configurations from covered greenhouses to internal patios to the simple volume of a mere wooden house. Two projects authored by them, Cabin ANNA and Garden House, show the different possibilities of transformation.

On an even smaller scale, the movement of parts can help facilitate the function or use of a structure. In the Story Pod by Atelier Kastelic Buffey, during the day, two of the walls of the main facade open like the cover of a book, welcoming people inside or to gather at the entrance. At night, when the doors are locked, LED lights powered by solar panels shine through the structure like a lantern, providing pleasant lighting for the nightlife of the place.

This concept can also be applied to interiors. In the Seattle Office of Arts and Culture, by Schacht Aslani Architects, a grid of upper rails allows panels to move according to a multitude of layouts for the exhibition spaces. In the SOHO 3Q Chengdu Office project, by Superimpose Architecture, large mobile meeting capsules are placed along a large rail located in an open portion of the office plant. These can function as small work spaces when detached, or form meeting rooms when grouped together.

Kinetic elements can make buildings more integrated with natural elements while also facilitating a greater degree of flexibility for them, meeting the lifestyle and architectural expectations foreseen for the future. Of course, whenever a mobile element is incorporated, this will lead to an increase in cost. But kinetic elements may also give greater value to buildings, providing new possibilities for use and greater comfort. See more examples of kinetic structures in this My ArchDaily folder.

Editor's Note: This article was originally published on February 11, 2021. 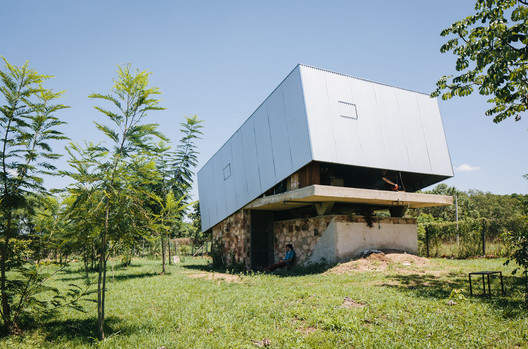