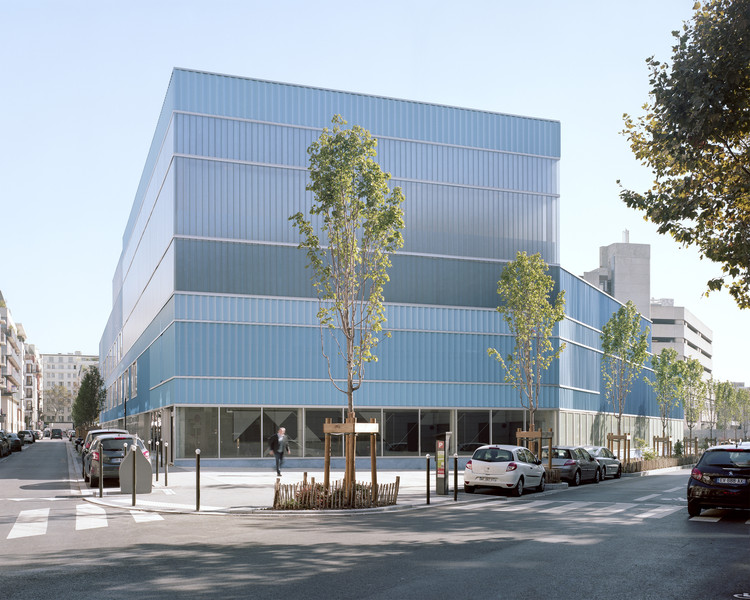 Text description provided by the architects. Situated on a triangular site as part of the large “Rive de Seine” urban project in Boulogne-Billancourt, the new school group fits into a contrasting urban context. It navigates a transition between urban fabrics, by drawing a crenulated skyline along the streets it borders.

This composite form is clad with steel panels, whose finely ribbed surface is animated by metallic reflections. In contrast, the glazed ground floor addresses the scale of the street, while preserving the privacy of the students within.

The general organization of the school defines a compact building, with highly visible entries and clear circulation. The kindergarten benefits from a ground floor patio while the elementary school opens on a L-shaped terrace.

The prominent gymnasium occupying the western corner acts as an urban marker accessible from both the school and the public space.

The building is situated on former Renault cars factories. Its aesthetic identity refers to the shift from the former industrial economy of the site to the digital era, as the pedagogic program of the school is specifically defined around the introduction of connected technologies. 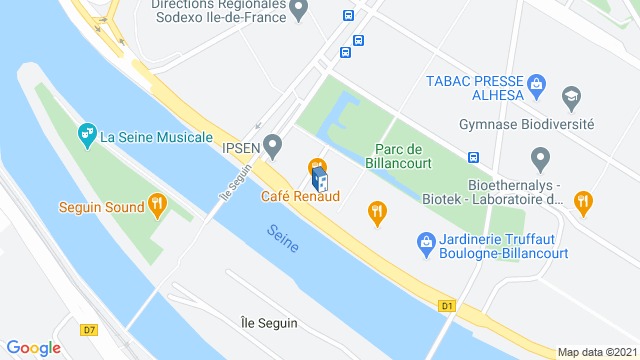 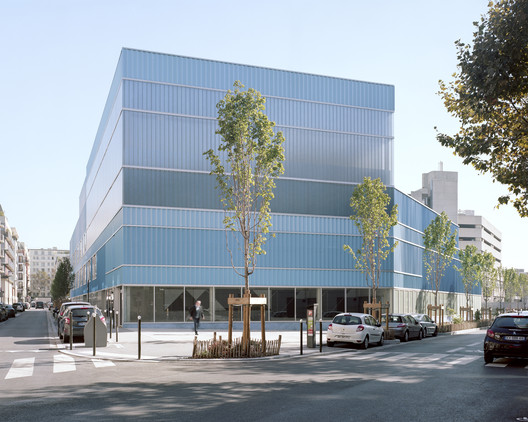