Save
Is It Possible To Create Lightweight Bricks By Recycling Cigarette Butts?
Share
Or
Copy

Students at the School of Engineering, RMIT University recently published a study experimenting with a new form of waste management and recycling. As they note in their research, cigarette butts are the most commonly discarded single waste item in the world, with an estimated 5.7 trillion having been consumed around the globe in 2016. However, the materials in cigarette butts—particularly their cellulose acetate filters—can be extremely harmful to the environment due to poor biodegradability. The RMIT study builds on a previous research study by Mohajerani et. al (2016) that experimented with adding discarded cigarette butts to clay bricks for architectural use. In their research, the RMIT students found that such a measure would reduce the energy consumption of the brick production process and lower the thermal conductivity of the bricks, but that other issues including bacterial contamination would have to be addressed prior to successful implementation. Below, we explore this research in more detail, investigating its relevance to the architecture industry and imagining possible futures of application.

Cigarette butts can be added to bricks through one of three general methods:

Each comes with its own advantages and disadvantages. Once the butts are added and the firing procedure begins, the addition of the cigarette butts actually decreases the amount of energy needed for the successful firing of the bricks due to the high calorific value of the cigarette butts. Because of this, Mohajerani et al. found that if 2.5% of the bricks produced yearly around the globe were only 1% composed of cigarette butts, then energy consumption could decrease by 20 billion MJ, or the amount of power used by one million homes every year in Victoria, Australia. With this new form of recycling implemented, the brick manufacturing industry—and the architecture industry more largely—could therefore benefit significantly from the reduced environmental impact.

The effect of this change on the properties of the bricks themselves vary. Most notably, the authors of the study found that the greater the content of cigarette butts, the lower the compressive strength of the brick, which could negatively impact the structural efficacy of the material. Another discovered effect was that the corresponding reduction in density increased the cold water absorption and decreased the thermal conductivity of the bricks; the latter effect was especially noted as ‘fantastic’ due to the implication of further energy savings if used in architectural structures.

A pressing concern, however, was the issue of bacterial contamination in the cigarette butts from people or the environment. Bricks incorporating cigarette butts could therefore be considered unsafe or hazardous to users’ health; similarly, the volatile organic compound emitted by the cigarette butts were found to cause an unpleasant odor. To remedy the former, the authors suggested sterilization procedures including through the use of naphthalene, ozone, hydrogen peroxide, ultraviolet light, or dry and moist heat treatment. The study itself delineates in detail the effects and disadvantages of each distinct method, as well as essential considerations to ensure safety. The use of ozone, for example, was described as more appropriate when considering the need to control moisture content in the bricks, and as more suitable for large scale cleaning plants. Regarding the issue of odor, the authors listed UV light as a solution, but also acknowledged that further investigation was needed on this front.

In conclusion, the study describes in detail the possible methods of incorporating recycled cigarette butts into architectural bricks to varying, often advantageous, effects; it is also meticulous in its descriptions of precautions, procedures, and structural and environmental effects. While this particular strategy requires more research before it circulates into widespread use, the authors hint at another necessary prerequisite to successful implementation: for the collection of recyclable material, governments must address the issue of littering first, installing cigarette butt collection receptacles at convenient locations and successfully educating their populations to commit to their use. While the construction of bricks using the methods described this study holds enormous potential, fundamental changes in the way cities approach littering and recycling must come first.

* The examples presented in the images are only representative of the beauty of the brick but don't necessarily use this experimental technology. 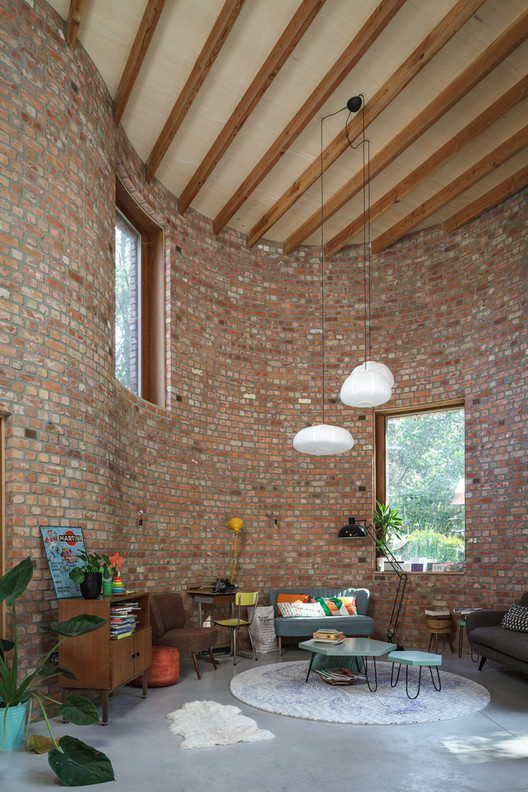