Save
“Most Importantly, I Can Stimulate Processes": In conversation with Christoph Hesse
Share
Or
Copy

Christoph Hesse (b. 1977) grew up on a farm in a small village of just over 200 residents, Referinghausen in the low forested mountain range in Sauerland in Central Germany. He graduated from ETH Zurich in 2004 and GSD in 2007 and established Christoph Hesse Architects in 2008 in a small town Korbach near Kassel, home of the documenta exhibitions of contemporary art. Hesse has been teaching at Harvard University, Technische Universität Darmstadt, Ho Chi Minh City University of Architecture in Saigon, Cairo University, and Universität Kassel. His practice currently employs an international team of 15 people. In 2018, a branch office was set up in Berlin.

Hesse's most representative works are all concentrated in Sauerland and include Villa F (2015), an energy self-sufficient house, which was chosen as one of the twenty best buildings in Germany; Open Mind Places (2020), strategically placed nine follies that invite people to meet, exchange thoughts, and generate new ideas; and “Ways of Life,” an ongoing team effort to create a living and working community of experimental dwellings designed by 19 international architecture firms.

Vladimir Belogolovsky (VB): After graduating from ETH in 2004, did you apprentice anywhere before going to GSD at Harvard?

Christoph Hesse (CH): From 2000 to 2001, between my bachelor’s and master’s degrees at ETH I worked for two years at the offices of David Chipperfield in Berlin and London. One of the projects I worked on was the Neues Museum and James-Simon-Galerie at the Museum Island in Berlin. GSD was a different experience. I wanted to discover architecture and my place on a much deeper level. I also realized that to be accepted by GSD on the post-graduate level it was important to understand not only what the school could do for me, but what could I do for the school. How could I contribute to their extended network of very special professionals? It was a fantastic experience. Most importantly, GSD broadened my horizons. It presented many opportunities and allowed me to see the world in new ways, as well as how to approach a task, what questions to ask, and how to solve a design problem. How to collaborate, interact, communicate, and that we live in one world.

VB: In 2008, after studying urban design at GSD you went back to your village of 200 inhabitants to start your practice there?

CH: [Laughs] It is a good point. What I learned from studying urban design was to understand a broader perspective, not merely a single object perspective. Urban design is not just about building new cities. Where else other than in China that new cities are being built, anyway? Here in Europe or in most other parts of the world it is about the space between the buildings and how to connect them well. It is about fostering community spaces, ecological spaces, green spaces, environmental issues, and social agendas. 2008 was a tough year to start my own practice, not to mention naïve. [Laughs.] At least I did not have my staff then yet and I started teaching at the Technical University in Darmstadt near Frankfurt. Eventually, the studio where I was teaching took me to places like Egypt and Vietnam where we were working on ecological urban design initiatives with students.

VB: So, you were building your practice while supporting yourself by teaching. What was your first commission like?

CH: I was approached to renovate an old abandoned train station building and convert it into a small co-working space in Korbach, a town, which is the closest to my home village. My client planned to take over two-thirds of the building and he was looking for another tenant to lease the rest of the space. At that point, I thought I could move my office into that space and that’s where we are still based today. We renovated our part of the building in exchange for a reduced lease. Since then we have grown by building a small addition to the building.

VB: Let’s talk about the countryside, which is a kind of zeitgeist now, as architects around the world are discovering new opportunities there.

CH: First, I grew up here, surrounded by nature and it was natural to me to build everything by hand and even invent all kinds of energy-producing devices. It is a part of my DNA to do things with my hands and to treat the environment well. I see things as a farmer because if you don’t use resources with the care you will begin having problems in a few years. You can only exploit the earth as much as it can naturally generate. So, as architects, we try to use natural and recycled building materials; additionally, things get repaired and reused. We try to avoid throwing things away. We fix machines, furniture, and all kinds of objects that can have a second life. My architecture is about repurposing and finding a new use for materials and spaces. This restorative and sustainable attitude is a strong part of my character and my education reinforced it in me.

VB: And what are some of the advantages of living in the countryside?

CH: For me, the most important aspect of being here is to continue to have a close relation with nature. Also, there is much less bureaucracy in smaller towns. There are fewer regulations here. There are many more possibilities that are more subjective than objective. So, if you build good relations with the local planning department and municipalities it is possible to work more freely and in very inventive ways. In short, there is more freedom for architects. Also, since there is a limit in the varieties of building types compare to cities, we need to be much more inventive here in order to create progressive buildings. The environment allows us to be more proactive, more holistic, more collaborative, and we see results much quicker, especially if we work on smaller-scale projects. Most importantly, I can stimulate processes.

I should also mention that so many people have been leaving villages for cities in search of better jobs and we need to address these demographic issues; there are so many depopulated towns and empty buildings. All of these are opportunities for architects because many people who leave are not necessarily improving their situations and some will be coming back. We need to look for ways to repair our villages and find ways to adapt to modern times. At the same time, some city dwellers are discovering more opportunities in the countryside.

VB: We used to look to the cities for opportunities of building iconic forms and now the opposite is true. In fact, architects are losing much control in cities, often reserving to merely drawing pretty facades. For example, it is quite challenging to be able to work with natural materials and employ traditional, low-tech building techniques in cities. And nature can only be recreated here, not preserved. Think about it – many cities are being developed in very similar ways. Urban architecture is being assembled out of expected manufactured and preassembled parts and pieces in ways that have become global and interchangeable. Whereas every village has its own history and it has the potential to shape its own future.

CH: I agree and instead of bringing something to my village I want to learn from the traditions that are already rooted here. Being formalistic and iconic is the last thing I want. I would like to create a fair, humane, and sustainable future. That’s my vision. But the main reason I am working in the countryside is that I feel I can be much more creative here. We explore ecological solutions, try to scale them up, and transfer the results to other regions and even to urban conditions. As architects, we can and must do so much more than drawing pretty facades. We have to think more utopian. But we can’t enter and exit our society as if we are entering and exiting a tram. I am against that attitude. Our current system is not working, and we need to act to change it and not necessarily in a revolutionary way, but in a fast transformative way. Just 10-15 years ago most of us never expected that the climate crises would be so acute. Now we must face this challenge not only as architects of course, but all professionals together.

For example, take our Villa F in Sauerland, which was built for a pioneer of biogas technology here in Germany. Energy-efficiency and environmental protection are the main elements of our design. Our client had a vision to connect his whole village and even another neighboring village to a biomass waste-based heating system, which drastically reduced their CO2 footprint, while substantially lowering the cost of energy. Our job was to convince the locals to use this progressive technology. The idea was to build the client’s own family house as an entirely self-sufficient and off-grid structure, right next to his plant to demonstrate that it was a very safe technology. We call this a system-changing approach, as our project was about changing the locals’ perspectives, not merely about aesthetics. Becoming independent from the global energy market is such a radical idea. And our project became a catalyst. No form-driven architecture is ever able to motivate people so directly. In fact, the form of our client’s house was secondary. Still, the round shape was chosen for its energy-efficiency properties, inspired by the shapes of his biogas plant tanks. Meanwhile, the plant’s capacity was tripled so that the heating grid will be extended to other communities in the region.

VB: Let me try to be a bit more critical here. What do you think about the current wave of many architects around the world going to the countryside in search of opportunities of working on smaller-scale projects, looking for more freedom as you mentioned, and more possibilities? Meanwhile, in a way, you give up the fight by retreating from cities, from the mainstream, and become less visible. Let’s face it, your projects are hidden from where your impact could have much more attention. What would you say to that?

CH: I don’t think that architecture in the rural context is less visible nowadays. And certainly, not less relevant. For example, take a look at the work of Xu Tiantian of DnA_Design and Architecture from China. Her projects are important catalysts and well known, although they are in the countryside. However, I understand your point. I know many architects in the cities who are frustrated about the current situation, which is basically a result of the last 30 years of hyper-capitalism. You can see this in Berlin, Frankfurt, and Munich, which is depressing. Of course, there are some great projects, but overall, they are developer-driven and profit-oriented. Money is everything. I sometimes wonder – why don’t architects become developers themselves? Why not borrow money from the bank and initiate projects? Perhaps that would be another way. If this going to lead to a more meaningful architecture, why not? Why should we be just a tool in the hands of the developers? If you want to change social dynamics, you need to propose a new economic model. It is crucial for architects to get much more involved in economics, not just design. 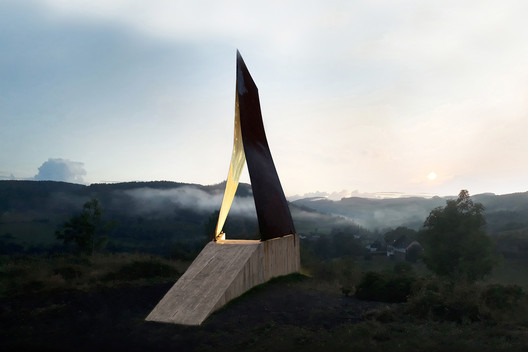