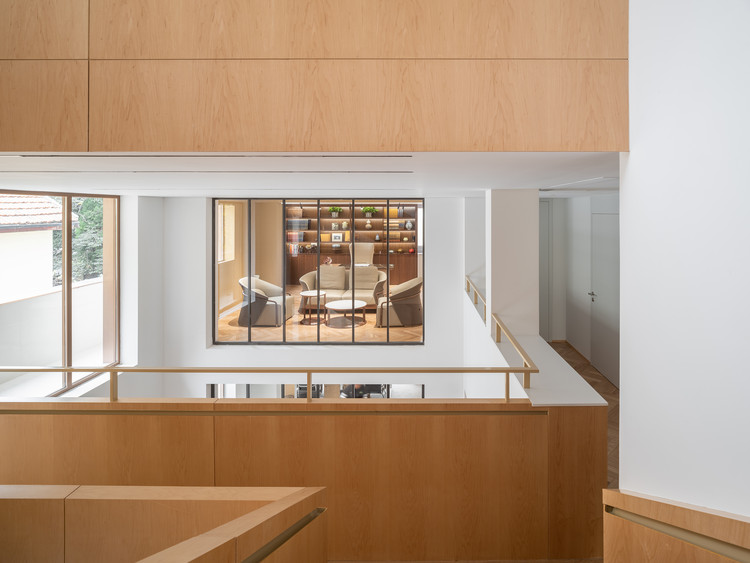 Text description provided by the architects. A series of interventions breathes new life into the 3-story brick-concrete pseudo garden villa built in 1990s in Shanghai French Concession. The building experienced several times of refurbishment， lacking legible structure system and stylistic characteristic. It is a mundane patch among the neighborhood, juxtaposed with garden villas, 6-story public ho using and office towers to the further north. The building can be neither a nostalgia of concession, nor a mimic of modernism. It can only be itself under specific condition, trying to fit in while confronting its surroundings.

The building has only one exposed facade while the volume was missing on the southwest corner. By making up the walls on the corner, the outline is completed, which offers a special moment of the building. The intact and abstract massing stands out from its surroundings, while the opening on the corner variates the repetition of the existing windows. It also provides a frame looking at the neighborhood, which works as a supplement to the limited outdoor space.

The color and rough texture of limestone facade responds to the mortar of surrounding villas. The golden tinted glass helps to block the view and brings warm atmosphere to interior. The facade features big glass window with no division, L-shape drip，stainless steel window frame. These sleek slender elements slightly distinct the building from other villas.

The building is an office villa for financial company. First and second floors are used as office space. The third floor is for meeting and private use. The existing stair on the north is demolished. Some floor is removed on the south to open a three-story high atrium. The new stair and bridge create promenade circulation looking down to the atrium. We designed two types of parapets to adapt different position. One is solid with wood finishing, the other is lower with metal railing on top. The parapet and railing extends and becomes part of fixed furniture.

The window detail is a featured element in this project. To adopt curtain rod or curtain box are not ideal solutions, because the existing window openings are small. We decide to add depth of the walls, which forms smaller openings offset from exiting openings. This detail helps solve several issues. The curtain track could be better concealed; the thick window frame and construction defect could be partly covered; the skirting board could be flush to the wall.

Concrete walls around the atrium are reinforced by steel frames. Beams are added to large span openings. All the reinforced components are intentionally concealed. The materials include wallpaper, paint, oak floor, maple siding.

The project attempts to take mild intervention, in another word, tries to be more site specific in terms of context and budget, avoiding unnecessary formal expression and styled elements. We are convinced that the quality of space and delightful daily experience could be fulfilled through honest strategy, plain material and considered 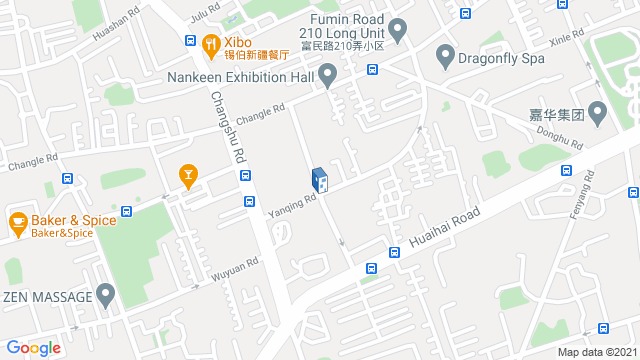 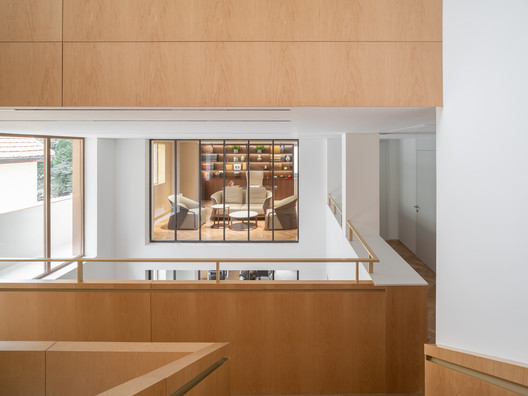