A “floodscape” could be seen as a contradiction in terms: Flood spreads wherever gravity leads it, covering the familiar topography with a dark, gray, and uniform blanket. In that regard, flood is amorphous, as it can distort and temporarily erase forms and features from the visible landscape—nothing that could be described as a “scape” in the sense of articulated and meaningful scenery.

But when the boundaries of a flood are not just defined by the quantity or the velocity of water but also by landforms and structures carefully designed and placed to influence and shape the “disaster,” the result can be considered as a landscape, physically and culturally defined by flood.

In my forthcoming book, Floodscapes, I explore humanity’s past relationship to flood processes, from ancient and mythical floods to the rise of environmental policies, as well as a selection of contemporary projects. The latter group includes interventions currently implemented upstream in the Swiss canton of Valais, the French Isère Département, the German state of Bavaria, and downstream in the Dutch Groningen province, Lower Rivers region, and Meuse-Rhine Estuary. These six adaptation and mitigation projects show that ancient strategies are a source of inspiration, bridging centuries of technical and territorial transformations that have left our rivers and coastlines heavily dammed and channelized. From the construction of the first artificial mounds in Frisia, the Netherlands, to the “depoldering” of the Overdiepse Polder in Dutch Brabant, more than 2,500 years have passed, while 500 years separate the first déversoir overspill in Blois from the champs d’inondation contrôlée currently built in the Isère Valley.

The revival of these past practices enlarges the range of possible landscape interventions and practices capable of restoring a balanced and dynamic relationship between human habitat and natural fluctuations. Furthermore, motivated by the need to exploit and produce, these practices show that mitigation does not necessarily entail the creation of enclosed and unproductive green buffer zones: on the contrary, millenary experience has shown that flexible and resilient landscapes could also offer productive living environments, provided that they are designed and inhabited in a way that allows natural fluctuations to take place.

More than just an answer to flood risks, these new floodscapes participate in the repositioning of natural processes within the living environment, and there-fore within the field of spatial design. Creating a space that emphasizes fluctuation rather than neutralizing all its effects means a radical breakthrough with regard to coercive flood defense that has turned most European rivers into drainage channels, hiding risks and flood processes behind ever-higher levees. Alternatively, these new “elastic landscapes” reintroduce physicality and positivism into environments that have been literally drained by intensive exploitation and petrified by urbanization. They form instead a permanent display of natural variation, offering all citizens the experience of change, stimulating observation, concern, and anticipation. Witnesses to a flood episode along the Isar, Meuse, Rhône, Rhine, or Isère Rivers can now observe the rivers’ seasonal changes, both affecting and protecting their daily environment and giving meaning and presence to the term “floodplain.” Floodscapes serve as reality checks more efficiently than communication campaigns, dramatized news, or apocalyptic fiction. In this regard, floodscapes not only mitigate the direct effects of the flood but, by making it visible, tangible, and acceptable, they also help foster stronger resilience on the part of individuals, communities, and territories.

Significantly, evacuation exercises are no longer taboo. In the Swiss Rhône Valley, the canton’s capital informs its inhabitants about the closest dry shelter reachable in case of a dam-breach alert. Some Dutch municipalities are developing disaster management strategies, and since 2015, the local Red Cross has become involved in exercises for flood rescue using a network of civilian volunteers. In case of high water, the municipality of Munich has set up a seven-step scheme of action in order to protect the population living along the Isar. Numerous examples show that the adaptation of spaces and minds go together and follow a path closer to citizens’ reactivity and self-organization capacity, but also closer to their desires regarding the accessibility and public use of watercourses.

Like yesterday’s massive dams, today’s floodscapes are the expression of a new cosmogony. This new model sees a logic of negotiated cohabitation with natural processes replace the old narratives of heroic fight, hypothetical conquest, and absolute safety. Navigating between mobilization and a reassuring discourse, official communication and policies today must create space for anticipation, adaptation, and mitigation, rather than celebrate ambition or a pseudo-permanent safety. Rather than combative ardor, cautious care and measured adjustments are required to adapt our coasts and rivers. Technology, in particular hydro-engineering, is no longer perceived as the final remedy against natural threats but rather as one ingredient in the delicate balance that needs to be found, in each specific situation, between natural fluctuations and human needs. From this perspective, floodscapes are a collective achievement: They require a consensus in terms of risk redistribution, and a joint and lasting effort in terms of investment, design, and care. They are also the shared success of supranational, national, and local institutions, which are able to articulate the various scales of reflection and intervention.

The transformation of riverine landscapes is a highly specific enterprise, historically, geographically, and culturally, and it remains dependent on economic and political ups and downs. Yet the pioneering work done in the past 20 years can be studied and compared to reflect on the modus operandi that has led to successful transformations. They allow us to build combinatory and consensual adaptation strategies, and they encourage stakeholders and architects of regional planning to play an active role in this historical enterprise. Judging by the first landscapes transformed since the turn of the millennium, which are now a source of curiosity and pride, all relevant actors in the territories concerned are ready and willing to play an active role in this historical turn. There is every reason to believe that many more floodscapes will emerge in the coming decades, as necessary adaptation measures and as positive and flexible answers to an uncertain future. 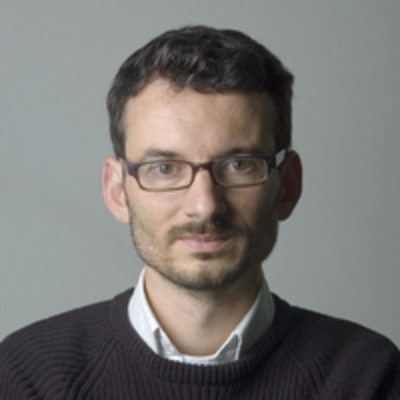