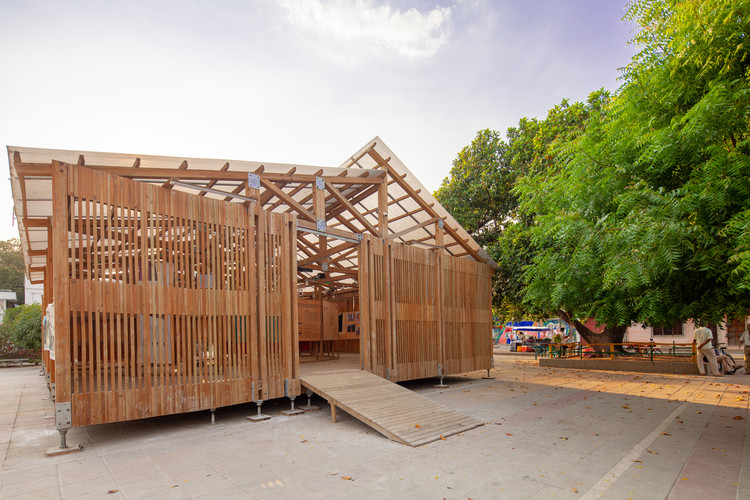 Text description provided by the architects. In Colombia, the armed conflict experienced has strongly impacted the life of an entire country, and Los Montes de María region in Bolívar and Sucre provinces has suffered the horrors of violence for over half a century.

The building is conceived as an itinerant device to recover communities' speech with the objective of making memory a path for a reunion, overcoming fear and pain. This museum represents a platform for symbolic healing of wounds left by armed conflict, seeking to strengthen coexistence, organization, and social mobilization, through dialogue and confluence in its roaming around the territory.

Its visitors find audiovisual and oral narrations content in a space that recalls their region's traditional dwellings, resorting to memory and identity through its inhabitants’ narratives, their experiences amid conflict, and projections they make on their territory.

The 179.15 m2 is a collapsible pavilion built in a perimeter-portal-frames structural system with glued laminated timber and metal joints and anchors.

The modular system allows building assembly and disassembly to be carried out in 3 days, obtaining storage and transport agility, and easing its packaging, a fundamental aspect that responds efficiently to 3 months estimated museum roaming time.

XXVII Colombian Biennial of Architecture and Urbanism 2020. Dicken Castro Duque Award. Interior Architecture and Ephemeral Architecture.  Evaluation procedure: “The piece for the traveling museum excellently combines the concepts of the container, contained and the meaning of its intended use. Its inspiration in traditional dwellings leads to a morphological result that is adaptable to the Colombian regions that refer to, making its deployment less unfamiliar even in a local plaza, where it naturally distinguishes and dignifies the conditions that inspired it.

The relationship of the exterior to the interior is unhurried, which provides a welcoming transition toward the moving content, exhibited in spatiality and walkthrough that invites reflection. The formwork of the facade facilitates ventilation and likewise provides visual permeability that captures the curiosity of passerby, making them part as an observer. The technique of its design and construction is impeccable, it is appreciably easy to handle and assemble, in addition to using adequately treated wood from reforestation efforts.

The museum exhibition is complicated in its content but accessible for a population that anxiously interacts with it, surely seeking to seed new hopes.” 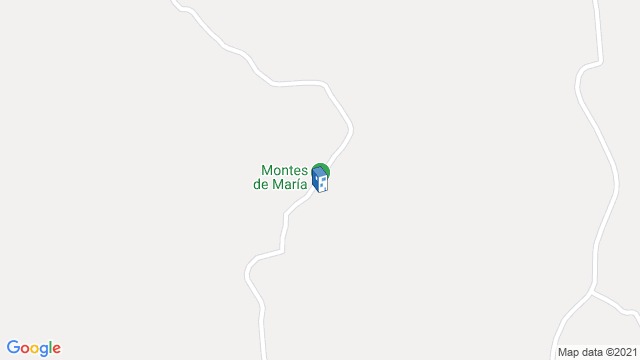