Save
Maritime Design: Rare Coastal Libraries Around the World
Share
Or
Copy 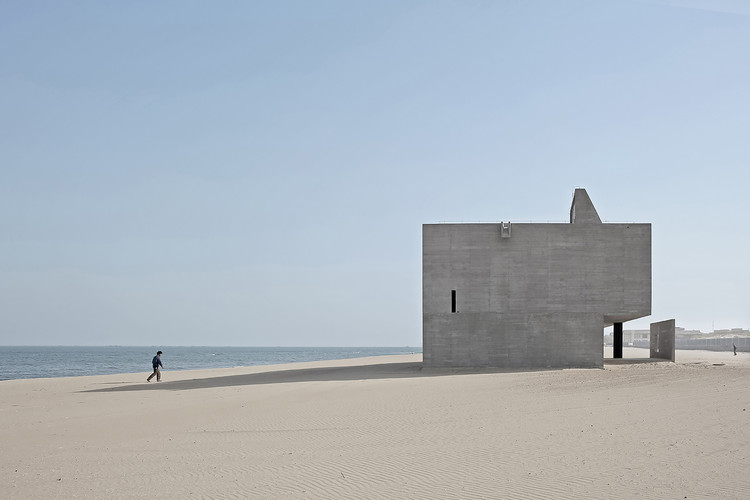 Coastal architecture has become increasingly threatened by the climatic crisis, rising sea levels, and erosion. Here, natural processes reveal global stories. While the number of coastal libraries is relatively small, these important spaces juxtapose extreme constraints and cultural values. As public spaces, they promote knowledge and information, as well as exchange and understanding. Each of the following projects showcases an unique approach to coastal contexts through individual explorations into library design. Together, they show innovative methods to defining new spatial boundaries and embracing maritime design.

This new addition to the town of Dún Laoghaire, Ireland was made to embrace educational and cultural events shaping the design of the building and the spaces within. The building, the result of an RIAI international competition held in 2007, explores this new approach to library design and offers a mix of intimate and expansive public rooms, places to congregate, or to sit quietly with a book and enjoy the view.

The new media library structures “the gateway” of Saint-Paul city. Its location choice comes as an urban answer to the need of a strong identity in the landscape scale. This building was made to become a cultural landmark, through information and training, as well as a visual one through its architecture.

Oodi occupies a hugely significant site in central Helsinki: facing the steps of the Finnish parliament building, the Eduskuntatalo across the Kansalaistori square, a public space flanked by major civic institutions. The siting of Oodi opposite the Eduskuntatalo was chosen to be symbolic of the relationship between the government and the populace.

The new Library in Ceuta is conditioned by the steep topography of the plot and by the Arab Marinid archaeological excavation of the XIV century that determine all interior spaces of the Library. Also the lack of space and the compactness of Ceuta, an autonomous Spanish city located on the north coast of Africa on the border of the Mediterranean Sea and the Atlantic Ocean, condition the proposal.

This is a complex institution composed of Multiporpose Transforming Theater, Library and Community Center. Originally, this project had two sites sandwiching a road. The team combined sites by placing an indoor “Gathering Steet” which gives access to each function. Its fissure like form lets sunlight into the deep center of the building.

Taltal is a coastal town in the Antofagasta Region, 306 Km. south of the city of Antofagasta and 25.4 degrees latitude south. The project to design the new public library arose from a public competition process petitioned by the Municipality of Taltal in 2008. The new library´s site was a municipal plot, facing Taltal´s central square, and near the recently remodeled Alhambra Theater.

The team envisioned this library as a building quietly sitting on the seashore. From the outside, it looks like a weathered rock that is pure and solid; but inside, what it contains is a range of experiences. When walking into the space, one starts to feel the light, breezes, and sound of the ocean. The library houses a reading area, a meditation space, activity room, a drinking bar and a resting area. 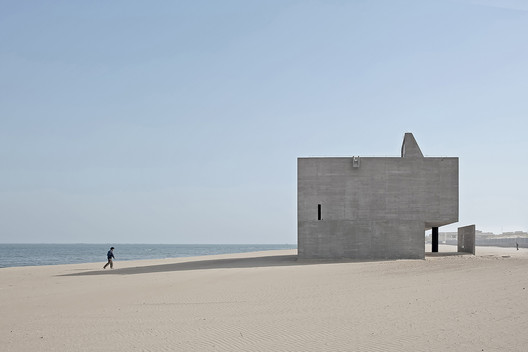