The Colosseum will undergo a renovation with a new, retractable floor platform. In ancient Rome, thousands gathered to watch enslaved gladiators, criminals, and wild animals fight to the death. These fighters and caged animals would emerge from the ground through secret tunnels beneath the arena’s wooden and sand-covered floor. Colosseum director Alfonsina Russo told the Times that the plan is to host concerts and theater productions on the new floor.

The Italian government has pledged €10 million (around $12 million USD) toward the installation of the new floor to restore a piece of the amphitheater's past. The Colosseum's underground structures have remained exposed to the elements for more than a century, enabling tourists who visit to see them up close. Italian authorities say the restored version of the floor will feature replicas of trapdoors, lifts and other mechanical elements used in Roman times.

The UNESCO World Heritage Site is one of the most iconic structures in the world, with the Colosseum originally open in 80 A.D. and holding up to 35,000 Romans. Proposals for the renovation are due by February 1. The new floor is expected to be installed by 2023. 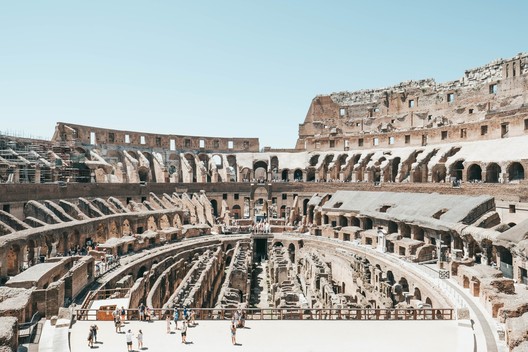