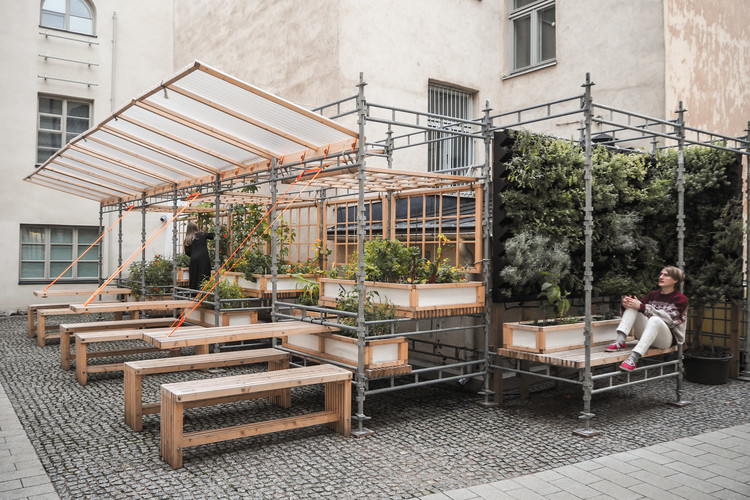 Text description provided by the architects. Is growing food hundreds of kilometres away from where we live the only option, or could we instead depend on a diet that is locally grown? Could we improve the quality of disused spaces by using the urban voids for growing food, becoming more self-sufficient and responsible for what we consume and leave behind? What if our buildings replicated the cycles of life?

‘Kasvattamo’, which can be roughly translated as ‘Growery’, was a temporary installation at the courtyard of the Helsinki City Museum engaging the people of Helsinki and especially the youth with the concepts of urban farming. The structure kept growing throughout the summer together with the plants inhabiting it, in a way mimicking the plant's life cycle, and by the end of the harvest season was dismantled and reused at a greenhouse in Helsinki.

Kasvattamo is a pioneering project on how to utilise the barren courtyards of Helsinki for growing edible plants. It is a prototype that can be replicated and reassembled for harnessing the disused spaces of the city for producing our own food. The space served various needs and hands-on community activities through the course of summer, hosting activities of a restaurant, workshop space, outdoor cinema, and hangout space for the people of Helsinki.

A modular scaffolding system forms the main structure of the temporary installation. All fitting parts were designed keeping in mind they will be built by volunteers during workshops. Pergolas, roofs, and tables were attached or hanged using bright orange straps and sisal ropes. Tables are located apart from each other keeping safe distances considering the pandemic in mind. Recesses in between the tables have seats for reading or working surrounded by the plants. Foldable tables and roof allow more space in front of Kasvattamo during public events and screenings.

Kasvattamo was part of an exhibition at the Helsinki City Museum. Kasvattamo aimed to turn the courtyard of the museum into an urban oasis. It was an experiment to understand the potential for such a module of development which can be used in almost every disused space across the city enabling people to grow food locally. 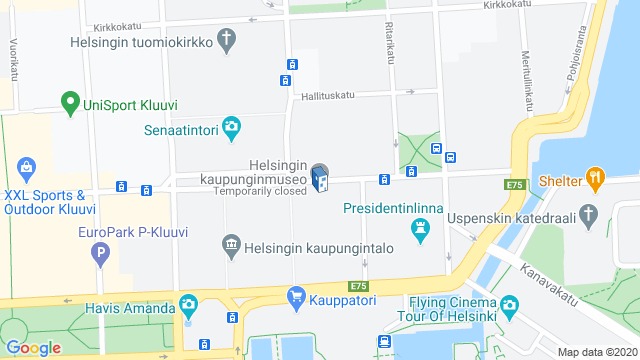 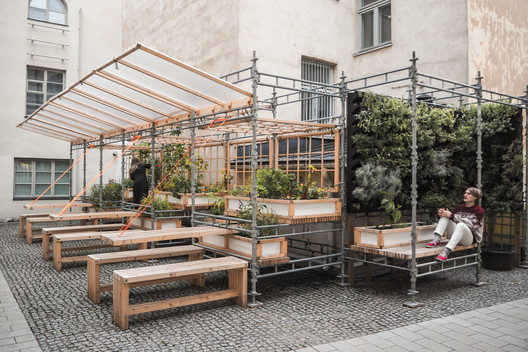