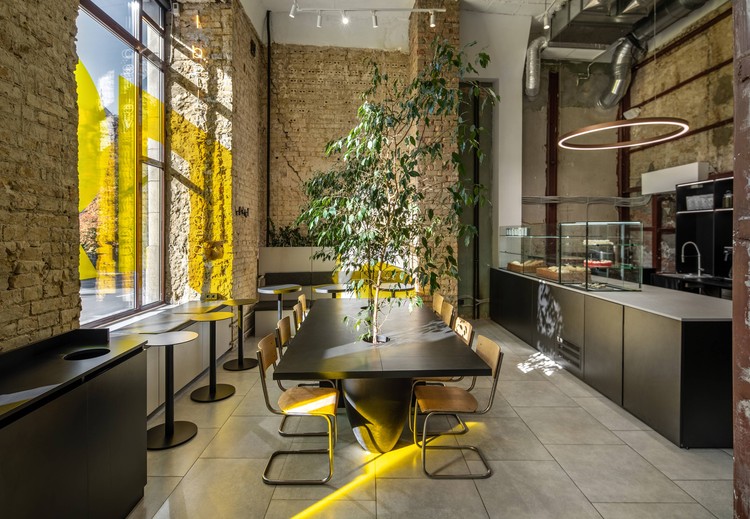 Text description provided by the architects. Renovation. The main feature of the 1900 coffee chain is the second life for the buildings of the early twentieth century. This time the project was being prepared for a 1911 building. For almost 90 years of its existence, the building has gone from a monument of architecture and heritage of Kyiv architect Alyoshin to a place for the janitor's official needs. And only in the early 2000s, the gradual restoration of the historic site began. Initially in the form of a cafe-confectionery, where the main element of the decor was black drywall. And now, more than a century-old building has become home to the 1900 coffee cafe, which cares about preserving the cultural heritage of our city.

Realization Starting the project, we did not know what exactly and in what condition was preserved under the tones of drywall. It took four weeks to dismantle all the layers of wall decor, get rid of the rubbish in them in the form of books, tools, bottles, and finally, find a real treasure - the original elements and building materials. It was important for us that the room shone again, blossomed, began to breathe with full lungs.

The effect was achieved thanks to the minimal amount of furniture and simple elements of the island bar. Details The main thing in the design are the details that create a special atmosphere and comfort. The central element in the design was a community table with an unusual floral decor in the form of two trees that seem to break through everywhere.

And the picture is completed by original chairs from the Arsenal plant, which were used in the shops, in production. The trunk of the chairs is made of a solid tube of round cross-section made of stainless steel, which is a very technically complex and interesting element. Yellow numbers 1900 on the windows add a special light effect, which makes the room sunny and welcoming even on a cloudy day. Every season, a photo changes on one of the walls, depicting not only the season but also a certain era of the last century. 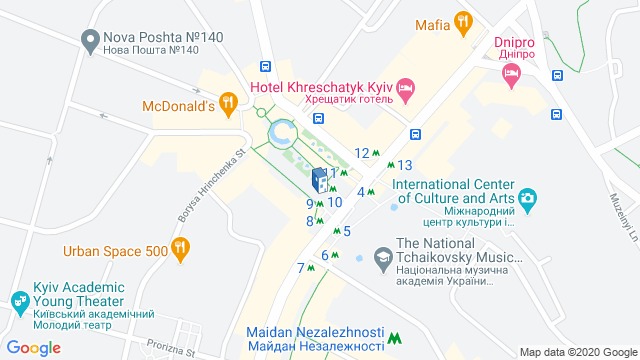 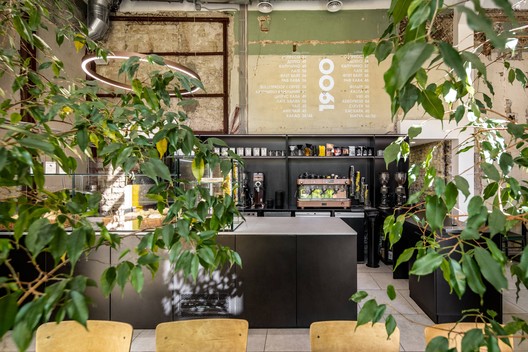