Save
The Satori Harbor / Wutopia Lab 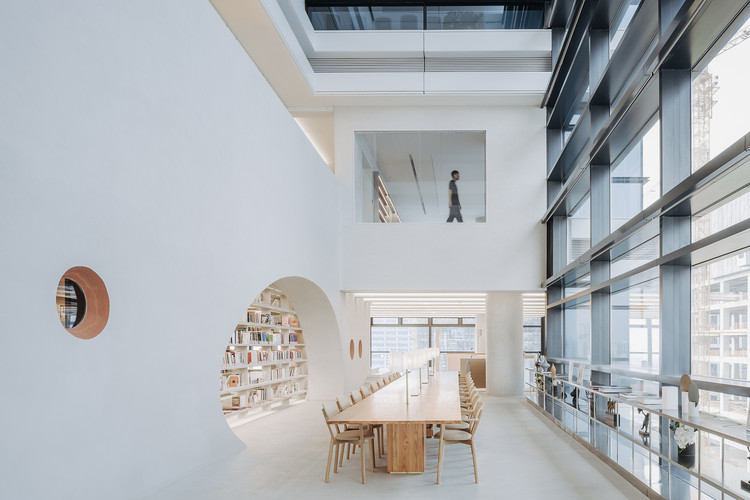 Text description provided by the architects. This November, Wutopia Lab completes the Satori Harbor, a culturally symbolic library situated in VIPshop’s new headquarters. In Master Zhuangzi, the word Satori (Zhaoche) describes a state of transcendental being in the practice of Taoism, as the morning light shining across the entire earth.

Yu Ting, the Founder & Chief Architect of Wutopia Lab, sees the library materializing the complex mechanism of the world – an abstract harbor city where the readers can wander through books and experience their moments of enlightenment and deliverance. Satori Harbor symbolizes a moral place for that of practice of life.

Chapter I: IL MONDO (All things good and bright)
Tunnel
One needs to go through a dim tunnel before arriving at the city. Located on the 18th and 19th floor of VIPshop’s headquarters building, it’s not easy to find your way and you might get a bit lost. That’s okay because at the end of the tunnel, it’s a large sound dome from which you can hear the waves. Then you can sense you are at edge of the city, close to the discovering of the harbor and sea.

City
Within the city are rarebook room, koto room, conference room, salon and selection corridor. Salon is a space that resembles a landscape where kids can play and explore in their own ways. The salon is also the back garden to the city. The 19th floor is a city within the city. The most important place is the gallery, a re-interpretation of the European art saloon. The gallery walls are covered with painting collected across world placed in a non-hierarchical fashion. Within the corridor, there are many intimate corners waiting to be appropriated by individual visitors. At the end of the haowu corridor is a circular window, capturing a miniature corner of the city. Yu Ting seeks to create an obscure experience of space and time through the meandering experience through light and darkness.

At the edge of the city are the harbor, dunes, riverbanks and waving hills. In this design, they are the café, lobby, magazine area and good things theatre. The south facing steps of the theatre fully embraces daylight with clear views towards its surrounding. One can not only look at the performances but also look at the moving rhythm of the city and environment beyond.

Harbor
The tunnel leads to the entrance of VIP Harbor and you can take a break at the nook before entering. A brave new world awaits beyond the doorway. Upon entering, you see a long boat and an enormous red sail, as if one stands in the harbour at the thirteen hongs looking at the red sail boats and feels the ambitions burning behind them.

The large 13 bays of bookshelves become the city’s wall. One can stand behind and over these shelves overlooking the harbor, seeing the passing of people and boats, and the sun rising up and setting down. During the Age of Discovery, harbor symbolizes wealth and adventure. Yu Ting’s dramatic interpretation of harbor stems from the childhood memories of a film. Thousands of people cheering “the Pharaoh” at the harbor of Marseilles brings tears to him. Whenever he has moments of doubts about faith, he always remembers those cheers.

Under the Dome
The entire harbor is covered with rolling arches. Under these arches, sky, water and city all blends into one abstract tone. As a good thing that collects all good things, the library is a fraction of surrealism in the entire building.

"At the end of my suffering there was a door."

Chapter II: A Happy Excursion (Self-practice)
Heart Fasting
The Fast of the [spiritually elevated] means fasting of the heart from unworthy concerns and worldly thoughts, in total disregard of everything but the spiritual supreme. Hence Yu Ting only inherited some key fragments from the history of Guangzhou, such as the Manchuria window and floral patterned tiles whereas forgoing all the distracting colors, textures and materials, unifying the 2000 square meter library with desaturated beige stucco and terrazzo.

Satori
VIP Harbor is not an enclosed fortress. The cutouts on its perimeter allow the light to touch every inch of the city through different shapes and angles, with layers and layers of scenery merged together. The city is essentially a surreal imagination, existing outside of time.

Seeing the Oneness Alone
Yu Ting created a grotto-esque space at the edge of the inner city of VIP Harbor. A light installation will render the grotto with disorientation of space and deprivation of time. There’s no up and down, there’s no front and back. Whoever shall enter the space might be stunt at first but will gradually adapt to the carefully articulated disarray, maybe even get spiritually in dialogue with heaven and earth.

Sitting and Forgetting
There is an eye catching white ship docked at the harbor, on which one can walk slowly to the ship’s bow and overlook the Pearl River flowing quietly under. At the right side of the ship, facades reminiscing the old 13 hongs are gently falling down to cover the bookshelves, while on the left side the cityscape remains marvelous and magnificent. The importance of the surroundings is fading, at this precise moment one may forget about what was needed to be said. After all, this is a space whose existence surpasses time.

Three Thousand Blows
As one continues to stand on the ship’s bow, the red sail falling so slowly behind, waiting for the wind to blow and to sail across the oceans with adventurous spirit. She is making a statement, to break the shackles of materialism and to roar up high in the sky.

"From the center of my life came
a great fountain, deep blue
shadows on azure seawater." 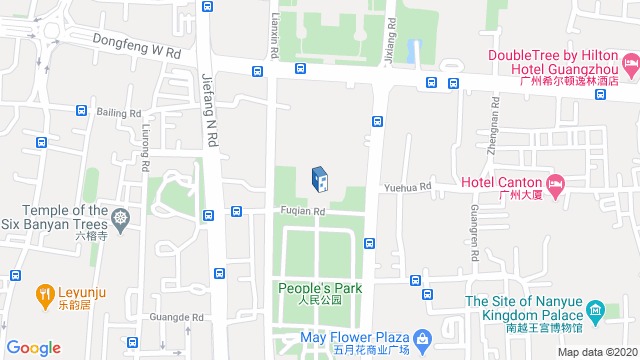 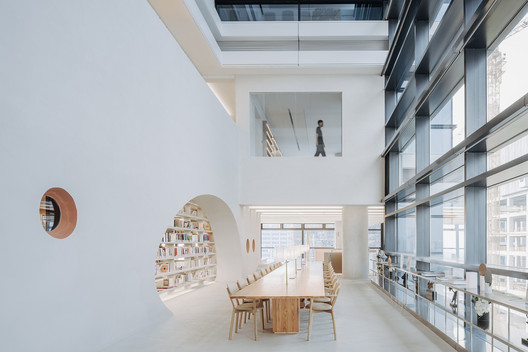