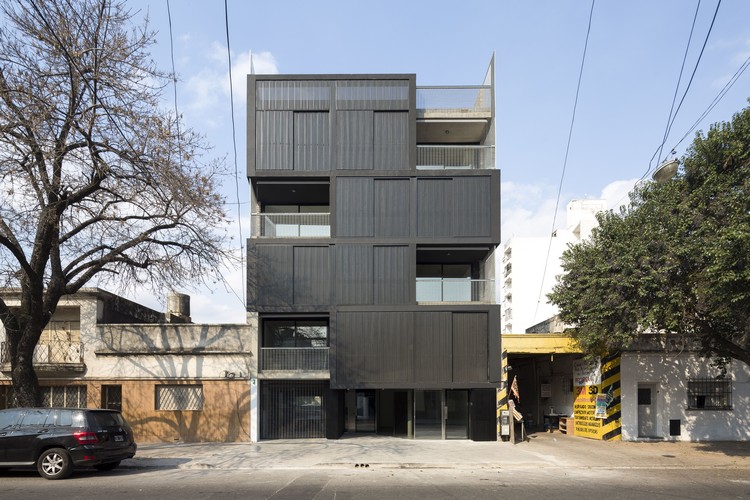 Text description provided by the architects. Three conditions determine the most outstanding characteristics of the project. On the one hand, the project is located in Pichincha, a neighborhood near downtown, traditionally residential, and well known for the presence of numerous houses. On the other hand, the dimensions of the plot, its considerable depth and quasi-trapezoidal form, with a significant width in the bottom. Lastly, building regulations determines a height of 13m. in the front and 6m. in the center of the block, along with the obligation to release 30% of the plot for patios and courtyards. These conditions become favorable to project a housing complex that combines apartments and houses around a set of common spaces, ideal for the development of a community.

As a first strategy, a grid organizes and subdivides the building mass. This grid was though as a modulation for both housing spaces and structure. It is oriented towards the North, taking advantage of the presence of the common courtyard. Naturally, the building's units rotate, adjusting to the East/West orientation, seeking natural lighting and ventilation; and resolving entrees from public space. Then, some modules are receded in order to generate open and semi-covered spaces: patios, galleries and balconies. The materiality is divided chromatically into 2 large groups, taking the black and white, to accentuate the concept of modular matrix. Finally, a system of mobile sunshades is used as climate control, also providing the correct privacy to and from common spaces.

The contact with the public space is solved through a series of subtle recesses, and a hall that functions as a series of concatenated spaces of different level of privacy. Al last, the penetration of the public path towards the common space, articulated through the use of interlocking pavement, seeks to strengthen the connection between both spaces. 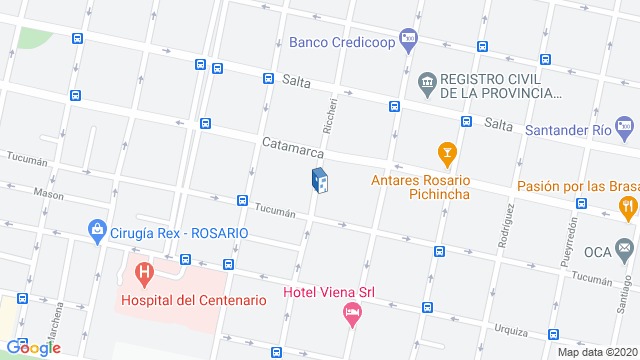 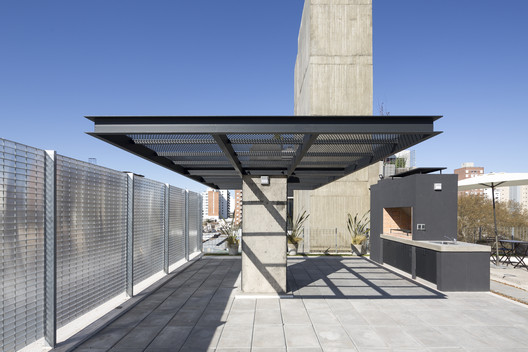 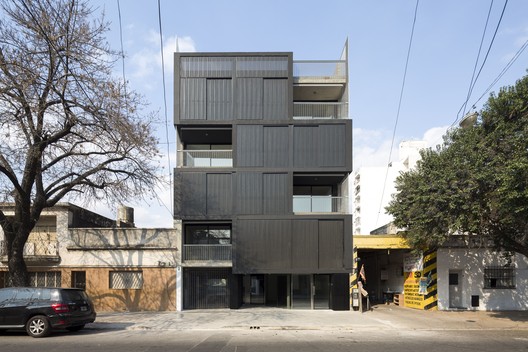