I am a relative newcomer to the Midwest, and of all the things that have captured my enduring attention, one of them is water towers. In my adopted home state, Minnesota, they are everywhere. These top-heavy engineering marvels rise to well over 150 feet tall and assume all manner of shape and metallurgical prowess, from the pedesphere and fluted column structures, colloquially known as the “golf ball-on-a-tee” and “flashlight,” respectively, to the multicolumned spheroid and ellipsoid tanks that, as legend has it, were the targets of frantic gunfire during Orson Welles’ broadcast of “War of the Worlds.” I can attest that when the day’s twilight settles in, those multilegged towers—or, rather, their silhouettes—can appear otherworldly.

This newfound fascination makes some sense. Back in Brooklyn, where I’m from, one grows accustomed to looking up (or occasionally down from an elevated vantage point) to admire and even ponder the wooden-clad water tanks that adorn rooftops by the tens of thousands. “They are both supremely functional … and a physical connection to the past,” noted Alex Marshall in a Common Edge essay. Those tanks are also cheap to manufacture, easy to replenish, and can be erected in a matter of hours—all qualities that do not apply to the looming steel towers that stand vigil, poking out from undulating landscapes throughout the South and Midwest.

Water towers serve two key purposes, the first of which is utilitarian: harness gravity to provide adequate water pressure for potable use—typically following a strenuous multistep treatment process—in the immediate area. The second applies to many towers but is by no means universal: to serve as a beacon of civic pride. “For many communities, a water tower is part of its identity,” according to the Minnesota Department of Health. Most towers provide a friendly reminder of just where you are in that moment, or if the horizon is vast enough, which town looms ahead. Some, through the use of a town logo, ambitious typeface or kitschy add-ons, manage to inform, inspire, or elicit the light chuckle. They can also pull double or triple duty as mounts for cell towers and tornado sirens.

Fascinated though I am, like anything that constantly frequents your view, the towers can eventually become easy to miss. In the pantheon of built environments, few structures of a certain type and specific size so blatantly disregard the scale and context of their surroundings as water towers. Sometimes it’s just hard for the human eye to relate. My fascination has also come to feel ironic because, aesthetically speaking, there is little allure to these things. Water towers loom large, they sustain daily life, and occasionally they bisect our horizon. But there is no mystery to a water tower; there are no rich metaphors or tall tales one can summon.

Lighthouses are rife with symbolism and contradiction; they are modest structures whose existence is predicated on curbing disaster. A lighthouse itself has been the source of grave solitude for its inhabitant, yet its light serves as a beacon of hope for distant travelers. The land on which a lighthouse stands is bedrock amidst chaos, yet that bedrock is a designated marker for a deathtrap. Interestingly, a lighthouse is no less static than a water tower, and yet the constant movement of its surroundings lends lighthouses a feeling of sojourn and manifest destiny. A lighthouse is accessible and tangible, if only in the mind. It’s easy to understand how such feelings of mystery and romance have fed into their legend for millennia. And on a lesser but no less relevant note, they are—almost fundamentally as a building type—pleasing to the eye, both up from up close and afar.

There are approximately 70 water towers listed on the National Register of Historic Places, a number shy by about 400 of the number of lighthouses on the Register. But that 70 or so figure should not be disregarded. Begin by considering that the great-great-grandfather of modern water towers is the Roman aqueduct, an engineering marvel in its own right that has survived the civilization that built it by more than 2,000 years. Perhaps in a subtle nod to the majesty and breadth of those structures, water towers that were erected throughout the U.S. in the mid-to-late 19th century were quite attractive. The ornamental detailing and complex symmetry of the Chicago Water Tower, for instance, built in 1869, or the simple elegance of the Louisville Water Tower, built in 1860, make these structures more than worthy to claim historic landmark status. Granted, these examples technically qualify as standpipes and thus, were designed to blend into their architectural contexts. Subsequent standpipes built on rising foundations of brick or limestone were likewise conceived using a design-first approach, often evoking the in-vogue architectural styles of their era, from Roman Revivalist to Art Deco. Some were even built to resemble lighthouses. Others, like the famed Brainerd Water Tower (aka “Paul Bunyan’s flashlight”), the first all-concrete elevated tank in the U.S., is beloved by locals for its historic significance, but it also happens to be crumbling before our eyes and is an obsolete relic of conspicuous public infrastructure.

Here’s one dilemma with today’s water towers: they efficiently deliver an essential need to an otherwise inefficiently sprawled out populace. But since all signs point to a continued suburban boom in the Covid era and beyond, and as inland areas prepare to receive gradual influxes of new residents migrating from coastal, at-risk areas, I sincerely doubt that smaller municipalities are poised to finally solve America’s urban sprawl problem. So long as land is being developed for residential use, aquifers and treatment plants will continue to be strained, and high-capacity water towers will become essential utilities to a greater subset of the population.

Here is another dilemma, and one that I believe can be more easily solved than the previous: Why not look to their predecessors for inspiration and make some attempt—any attempt!—to erect water towers that are, by their appearance and context, unquestionably a part of the public realm? While the practice of building for the human scale may not apply to your average water tower that measures 200 feet tall and stands at the edge of a cornfield, there are plenty of operable towers across large swaths of the country with which we’re obliged to coexist on a daily basis. Their conspicuousness might not be so bothersome if they served some purpose beyond mere utility, at the ground level at least. From integrating them with public parks and walkable spaces to incorporating observation towers and educational resources about water treatment processes, there is precedent to draw from.

By all means, town slogans and high-school mascots and the occasional use of unabashed aesthetic flare should keep company with the birds across the heartland, but as far as the public realm is concerned, there’s greater opportunity. For the most part, the only water towers that qualify as destinations (beyond those inviting the quick roadside selfie) are the attractive but antiquated standpipes that are more monument than monolith. Water tower engineers need not necessarily get into the architecture game these days, but it may be an intriguing prospect for them and others to consider ways to activate the ground from which these things rise. At which point, these highly visible and present structures can accomplish something unique—serve as supremely functional utilities and provide physical, useful, and tangible connections to our communities. 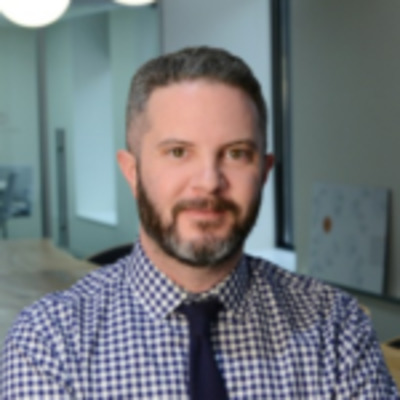