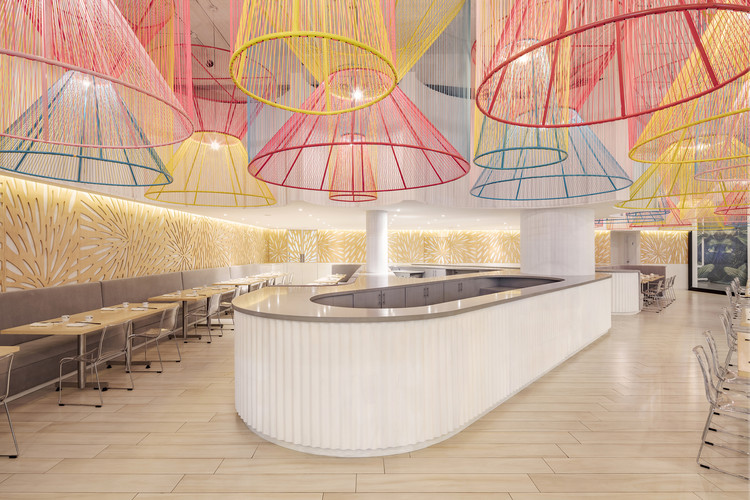 Text description provided by the architects. Happy Panda II is a Chinese restaurant located in the Cumbaya neighborhood of Quito, Ecuador. The project notably features a canopy of colorful lantern-like chandeliers composed of paracord and painted steel tubes. This is the second commission Hou de Sousa has built for the Happy Panda Restaurant Group (the first of which was completed in 2013).

The key objectives were to quickly build a comfortable and airy dining space that took full advantage of the double-height ceiling. Booth seating was prioritized and the design sought to hybridize the qualities of traditional American diners and casual Chinese restaurants. Distinct functional elements were embedded into the large triangular islands including built-in booth seating for diners as well as a full-service bar and cashier space. The volumes were further chiseled to account for circulation flows and a private dining area.

On a fundamental level, the project is composed of simple geometric forms and spaces, ranging from prisms and cuboids to cylinders and truncated cones. The footprint of the existing site is triangular while a squarish mezzanine was converted into the restaurant’s kitchen and surrounded with scalloped soffits and a new drop ceiling. The base of the chandeliers aligns with the mezzanine, effectively marking a continuous ceiling datum, while a second horizon is established by the triangular island countertops.

Simple industrial materials were used throughout the project. Painted corrugated steel wraps around the booths and mezzanine walls while a serial collection of plywood panels outlines the perimeter of the space. The client's existing collection of chairs and wood tables featuring stainless steel legs were re-used, while white washed oak floors and quartz countertops were newly installed. 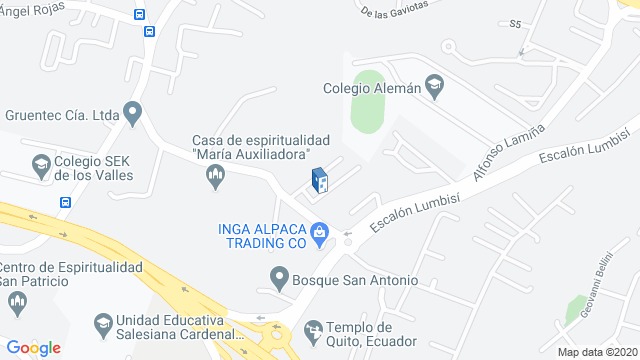 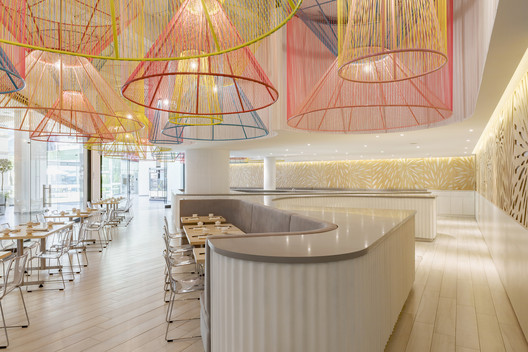