In documenting the body of work of Miró Rivera Architects, Belgian photographer Sebastian Schutyser employs a photographic technique never before used for the presentation of contemporary architecture. The soft, pictorial imagery produced with a pinhole camera perfectly showcases the dialogue between architecture and landscape which underlines the studio’s designs. 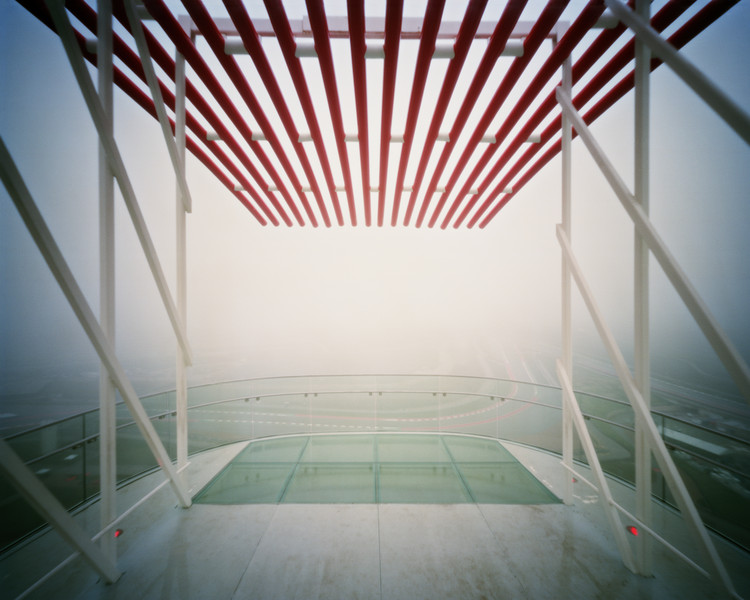 One of the oldest photographic techniques, pinhole photography employs a simple camera, a light-tight box without a lens, but with a very small aperture, to re-create the camera obscura effect. Light from a scene passes through the aperture and projects an inverted image on the opposite side of the box, on the photographic paper. The particularity of the method is that it produces softer images than lens photography, with almost infinite depth of field and long exposures. As such, Schutyser luminous pinhole photographs depict architecture within a very particular atmosphere.

Drawn to the photographer’s approach as well as to his ability to capture the dialogue between natural and manmade, Miró Rivera Architects has commissioned Sebastian Schutyser to create a photographic essay for the studio’s monograph, titled Miró Rivera Architects: Building a New Arcadia. Schutyser has previously employed his method of “slow photography” to document mud mosques in Africa, remote hermitages in Spain, dolmens in South Korea, and adobe structures in the American Southwest. This photographic essay is, however, his first exploration of contemporary architecture using pinhole photography.

The Vertical House, Circuit of the Americas and the pedestrian bridge at Lake Austin are just some of Miró Rivera Architects’ projects which are presented from a new point of view within Schutyser’s photographic essay. With a body of work stretching over two decades, the Austin-based studio has developed an innovative portfolio that blurs the lines between architecture and landscape, reflecting the particular urban context of Texas and its low-density urban model. A notable figure for the architecture of North America, the studio’s work spans multiple programs and scales, ranging from single-family houses to sports facilities, educational, and mixed-use developments, all underlined by the same sensitivity to the context.

The monograph Miró Rivera Architects: Building a New Arcadia documents the firm’s most notable projects, providing an insight into the studio’s creative process, while also exploring the main architectural themes underlining their work. Featuring essays by notable thinkers and cutting-edge practitioners in the fields of architecture and urban design, the book situates the firm’s projects within a larger context, reflecting on issues such as the changing perceptions on density or the relationship between cities and nature.