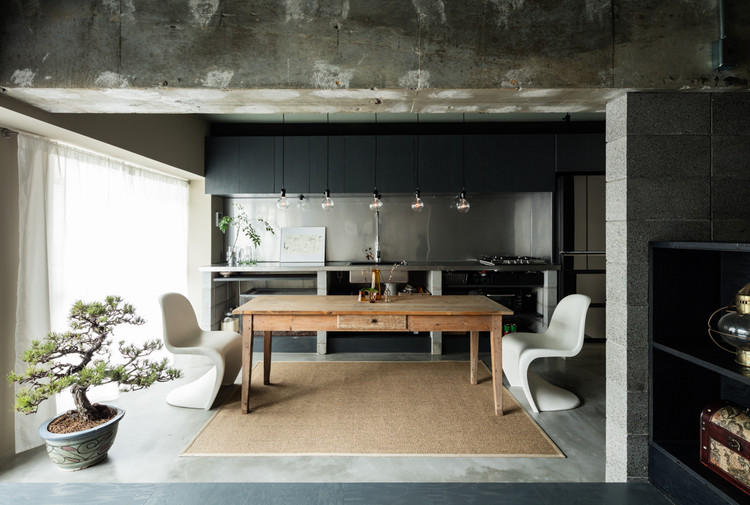 Text description provided by the architects. This is a renovation project of a room in a mass-produced apartment building. The young couple client had various hobbies which are keeping pets such as reptiles and collecting antiques. As a result of conversation with the multi-talented client about their future place, doma meaning “a dirt place” in Japanese is located around the residential space as an intermediate area between the inside and outside, and its configuration is that tolerant of tough uses.

We removed all the existing partitions and inserted a single independent wall to loosely connect the public and private areas. In general, interior walls covered with clean wallpaper are usually made by plaster boards affixed on studs, but their appearance is too weak compared to the rough texture on concrete building frame surface that we proposed for the clients.

As a space for a young couple who are about to build up their life, I planned to construct a concrete block wall, which is composed by the primitive act of “piling up”, and comparable to the concrete building frame having rough texture and massiveness.

Concrete block is generally a low-cost building material, but it is made of real stone, which gives it a sense of dignity. The surface of the block is polished and stacked with a fine grained surface to bring out a sophisticated and dignified appearance. The dignity of the wall provides a space for two people to live together, giving a sense of comfort to the public and the private. 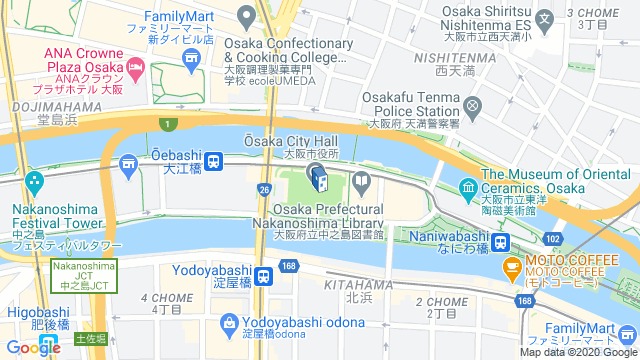