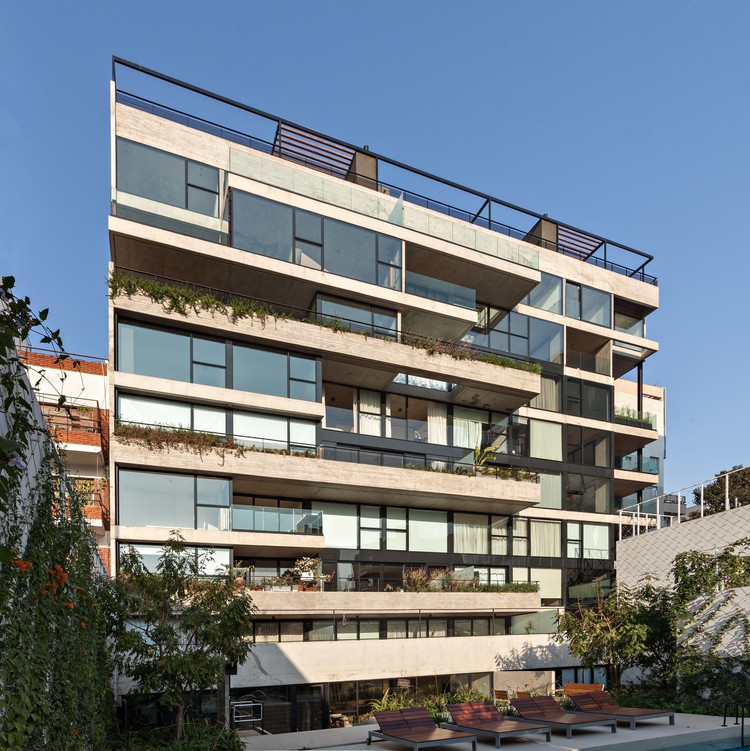 Text description provided by the architects. This building is located in Palermo, one of the neighborhoods of Buenos Aires City, on the tree-covered Nicaragua street with a strong identity in terms of neighborhood sub-centralities, on a 34 meters width plot, between party walls, and variable 26 m to 50 m length towards the block core, being this a considerable block portion regarding its scale within the configuration of the urban fabric. This design represents a turning point from different points of view, regarding its planning and development. On one hand, as architectural structure it maintains and deepens the project material-structure matters, it explores the modern ways of inhabiting going in depth about the inhabitant construction, and location and dimensions of external spaces interconnected with each inhabited internal space; on the other hand, it defines a clear position understanding the environment and preexistences, particularly taking into account that a building of scale may be established as a Manifesto for that matter in a block and its surroundings.

The architectonic material structure Dividing the plot into eight 4 m units, the geometrical construction of the project from the front to the rear facade defines measurement of the living spaces. In the other direction, two central structural supporting partitions, which make the vertical circulation nucleus, go up along the building connecting with the columns, partitions, and beams, thus defining the project structural construction. This construction becomes expressive and apparent, sometimes as a boundary between internal spaces, sometimes as an assembling element between interior and exterior. In addition, four 1 m-height beams laid every two levels go through the whole front facade of the project defining three programmatic groups with diverse situations regarding space, emptiness, continuities and typologies, which are the edge interconnecting the building, the urban space, and the preexistences. This project structure appeals a person to change its perception of the architectonic object scale, in dialogue with the existing house fabric and low-and-medium-density buildings, inviting it to investigate and perceive the project as a unit -with the intention of balancing its composing elements- being expanded towards the interior and showing interconnection between the whole and its parts.

Two big central green courtyards interconnect with the immediate surroundings and integrate the project units in their connection between front and rear facade. The air flows in the interstices between the own and the already existing constructions, creating from those contact points new shared exterior spaces and links between urban air, courtyards, and block interiors. These structures strengthen the adjacent emptiness and place new continuities between interiors and urban space in diverse heights, thus creating continuous and crossed views between their own and others’ expansions. 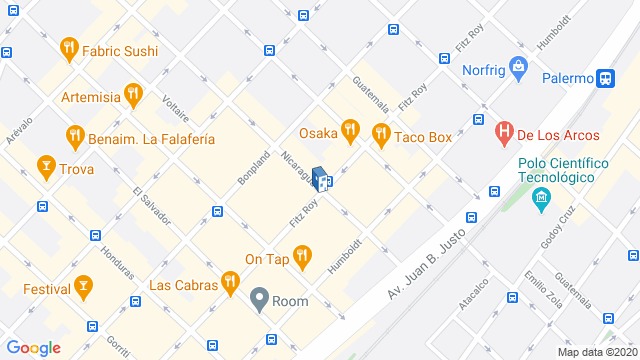