Architect Carlos Zapata has unveiled a new, mixed-use residential tower in Quito, Ecuador. Located on the northern edge of La Carolina Park, the design has become one of the city’s tallest buildings. The 24-story tower is defined by a three-story opening at its midpoint that creates an communal pool and lounge area, as well as a series of vertical gardens. The new tower was made to embrace Quito’s open sky and striking views of the Andes mountains. 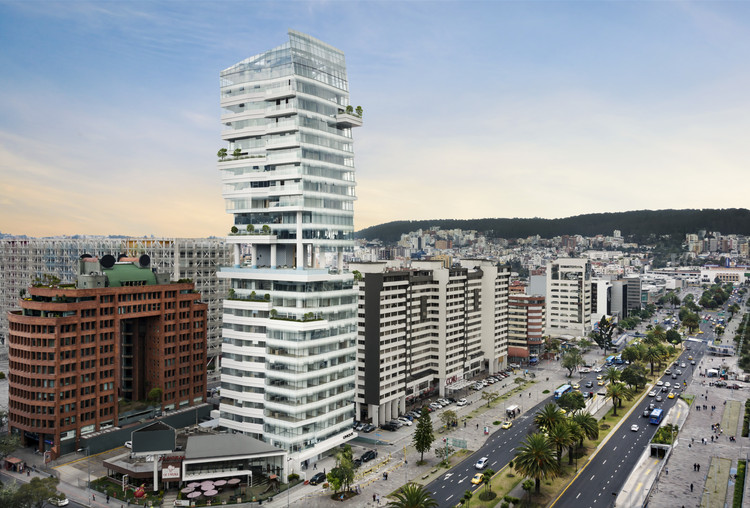 Called the "Unique" tower, the project was designed to be a visually porous structure inspired by the neighboring La Carolina Park. This is Zapata’s first project with Quito developer Uribe Schwarzkopf. The 99-unit apartment building features a facade made with glass and aluminum panels, a sculptural envelope that folds to optimize light and privacy within the apartments.

“As our first residential building in Ecuador, we were inspired by Quito’s particular geographical setting – the surrounding valleys and the Andes mountains and volcanoes, the busy city streets, and ample green space,” noted Carlos Zapata . “It’s always exciting to make your mark on a skyline, and we wanted to represent Quito properly and embrace its bountiful natural surroundings and dynamic community.”

Unique features a series of amenities, including a covered pool and second rooftop pool, fitness room with spinning studio, spa with sauna, steam room, and a massage room. These are in addition to outdoor lounges and barbecues, a game room with arcade and kids room, a screening room, business center, as well as a doorman lobby. The tower is made to generate the smallest possible impact when it comes to the use of non-renewable resources, such as electrical energy saving, use of potable water, collecting and reusing rainwater, water treatment, and irrigation systems. 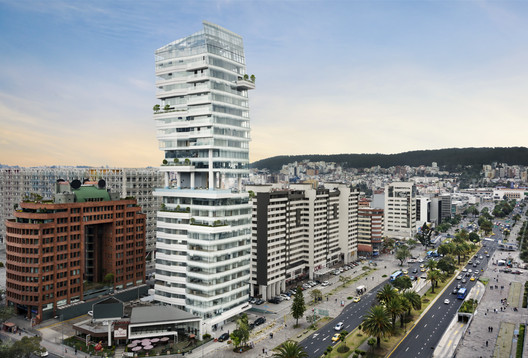