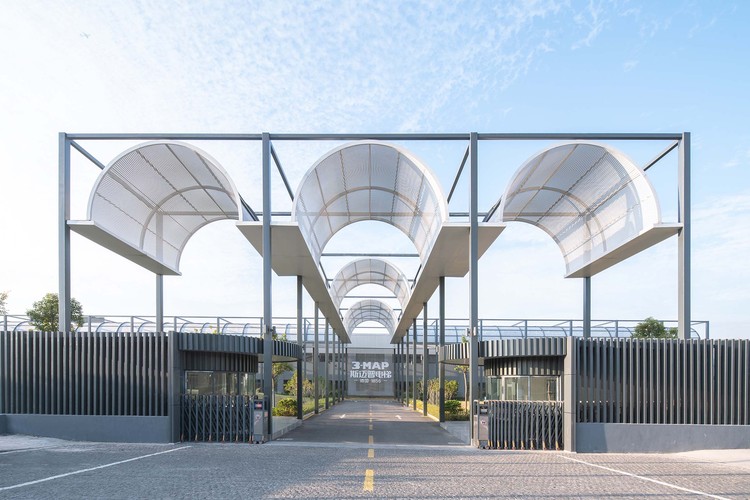 Text description provided by the architects. In the late summer of 2018, studio ATAH participated in the design of a series of industrial projects along the Cao'an Highway in Jiading District, Shanghai. Among them, the renovation of the Yangtze 3MAP elevator factory adopted a light-weight renewal strategy, and the construction of it was completed two years later. Shanghai Yangtze Elevator Factory was founded in the 1980s and has a great reputation in the industry in China. After the millennium, by introducing German technology and production specifications, the 3MAP elevators that are manufactured in Shanghai starts to export to Germany and other countries around the world. Since then, the spirit of craftsmanship in the German manufacturing industry is gradually becoming the DNA of the Yangtze 3MAP factory in China.

Along the Cao’an Highway all the way to the west, the modern urban street views gradually fades away. In the skyline of low-density buildings, even from a few kilometers away, it is impossible to miss the iconic 100-meter elevator tower of the factory, which has an eye-catching magenta cylinder shape wrapped in diagonal metal mesh. Before the renovation, due to the deep setback from the main street, the major part of the factory was entirely hidden behind the landscape buffer, which made it difficult for people to realize the existence of the factory even when passing by, and aggravated the dramatic difference between noticeable and absent when viewing the factory as a whole. Standing at the starting point of the renovation, it is not difficult to realize the friction between the enterprise's ambition to expand and the complexity of its routine production procedure, which also provided clear tasks and unique opportunities for the design per se. On the premise of ensuring an efficient layout, the new spatial form should not only enable the factory to stand out from its neighborhood but represent the enterprise’s past, present, and future with contemporary architectural interpretation.

The strategy of reorganizing the circulation is mainly focusing on two parts. Inside the building, the manufacturing areas are no longer enclosed dark spaces. They are more transparent with the integration of display space and offices, yet to transform the heavy industry field into a cheerful core space. At the urban scale, the factory’s new entrance along the street has both classical features in terms of the symmetrical sequence and contemporary form and material. A series of arcs are developed into the matrix of the corridor system, bringing the factory a sense of elegance. It can also be read as an interpretation of the relationship between the elevator as a transportation media and the building: linear, efficient, and straightforward.

The organization of exterior spaces follows the column grid of the existing building. Constructed by a lightweight steel system, the corridors extend alone the buildings’ parameters. By adjusting panel details of each arc prototype, it provides alternate lights and shadows for visitors when passing. At each main entrance of a building, the typical corridor units are becoming enlarged outdoor lobby space. The arc-shaped metal panels on top of each corridor unit are partly replaced with polycarbonate panels, together with customized chandeliers, to create the ceremonial spatial quality.

Starting from the escalator hall, the visiting circulation is redefined in a radical way, by adding a floating corridor that wraps around the facade of the factory. On the inner side of the suspended veranda, visitors can observe the whole manufacturing process when moving forward, while on the other side that close to the courtyard, one can have the view of the spatial connection between the courtyard and the massing.

The visiting tour ends up at a 24-meter high experimental tower (to be built). From here, one can have the experience of getting escalated from dark to bright, and from bottom to top. Standing on its roof, one will have a panoramic view of the factory and its surroundings.

Under the premise of strict control of the budget and very short construction time, the renovation of Shanghai Yangtze 3MAP Elevator Factory didn’t resolve the problems with demolishing and re-build on a large scale or applying expensive materials. Instead, the design develops a duplicable prototype with a lightweight structure, to achieve the expectation of the renewal, and to resonance the user’s sense of belongings. 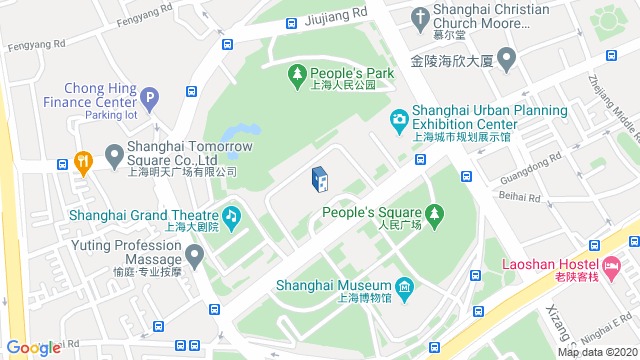 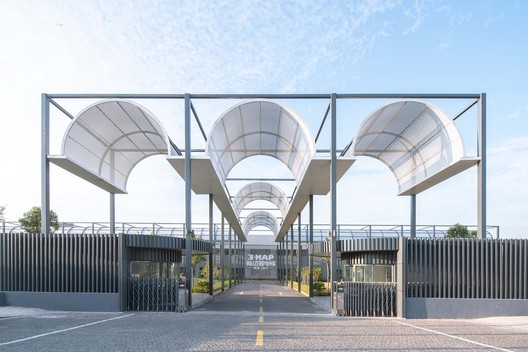