Text description provided by the architects. The fire station complex is located on a slope with a maximum difference in height of 20 meters, surrounded by continuous karst green peaks in South-East Guizhou province. The site has an irregular shape affected by the mountain on the West, while the complex faces a river on the East. Despite being located in a relatively independent area, the complex stands in-between the district main urban agglomerations, the old town and a cluster of several villages. With a direct connection to the main road axes, the complex serves an area of approximately 10 square kilometers, providing as well backup services for the old town and the nearby villages.

Two sets of intersecting grid systems arrange the overall masterplan composition, interlocking with each other in relationship with the mountain topography. The southern group is arranged in a parallel progression with the river and includes the main fire station building, command center, training hall; together with the residential units, which can accommodate up to 160 trainees.

The second system, in the northern area, includes offices and training facilities. Both systems take rectangular volumes as basic units, combined into functional unit groups by the landscape system. The two groups are connected by an outer road belt, while the connections between the buildings are organized through a series of paths, inspired by the typical layout of Guizhou mountain villages.

Each building is a simple rectangular volume, repeated in different combinations following the mountain topography; the combination method of unit isomorphism integrates all the functional requirements and creates at the same time a livable outdoor space in between the buildings.

The juxtaposition of red and white gives the complex its own character. The red brick base, which highlights the industrial nature of the fire station, is interrupted by parallel horizontal white lines, which create a link to the surrounding landscape.

The fire station building represents the core function; strategically located next to the road access, its iconic facade represents a virtual gate to the complex, being the starting point of the whole masterplan development. The first floor houses the fire-fighting garage and equipment warehouse, in the mezzanine are located a training gallery and small meeting rooms,

while the second floor is dedicated to the firemen rest activities: dormitories (with a maximum capacity of 30 beds), club, different relax and leisure areas, library and study rooms, a small clinic and medical and psychological counseling room. The second floor space is characterized by a series of iconic skylights which strongly mark the common spaces; together with the two squared courtyards, they help creating a better living space for the staff on duty. 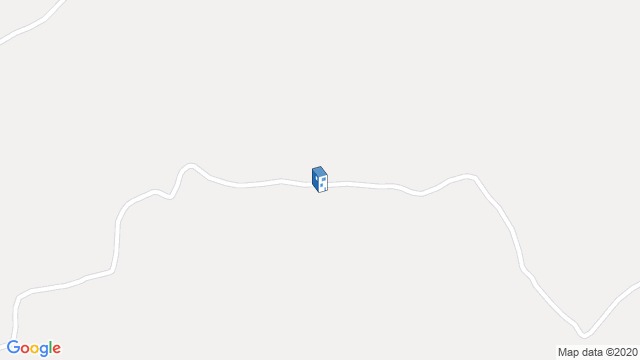 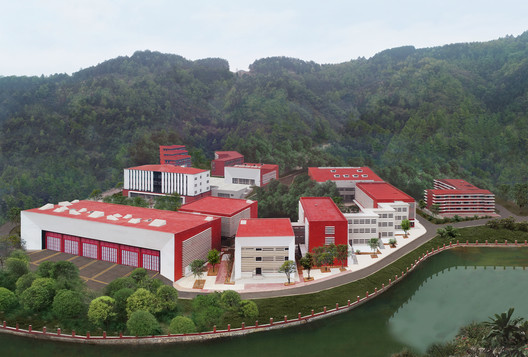