Save
Can Good Architecture Exist Without Modulation?
Share
Or
Copy

In the Genesis flood narrative, Noah built an ark after a call from God, who decided to flood and destroy all life on Earth due to the misbehavior of humanity. Only Noah's family and a couple representatives of each species of animals could enter the huge vessel and save themselves. In the bible, the ark is described in the exact measurements of 300 cubits in length by 50 cubits in width by 30 cubits in height. This was a unit used at the time based on the length of the forearm, measured from the tip of the middle finger to the elbow. A Dutchman who has devoted himself to building a replica of Noah's Ark, without success in finding a correspondingly accurate value in the metric system, used his own body measurements as a module. Modulation in architecture means adapting the project to a defined measurement based usually on a specific dimension or material. Whether it is a meter, a brick, a tile, or a container, it serves to guide the design process and make it more efficient and sustainable.

The Danish company LEGO is proud that a piece made in the late 1950s will continue to fit perfectly with one that has just left the factory. As trivial as the example of a children's toy may seem, fitting and combining various components of a building is something that has similarly generated discussions for a long time.

According to the book Introduction to Modular Coordination of Construction in Brazil [1], which presents a historical overview and the main theoretical concepts of modular coordination, the proportion of elements in Greek architecture expressed the principles of beauty and harmony. The column diameter (which was not always the same) was the basic unit for all other dimensions in a temple. The shaft, the friezes, and the capitals followed rigid modulation. In Rome, on the other hand, anthropometric measurements (based on the dimensions of the body) determined the sizes of bricks, tiles, and water containers. Evidently, differences in absolute measurement were observed within the "same" modules over the huge Roman territory. In Japan, the base unit of measurement was the “shaku,” of Chinese origin. During the Middle Ages, the unit of measurement “ken” (which was known as 6 shaku) evolved to become the module that governed the structure, materials, and space of Japanese architecture. Mats, which covered the floors of most rooms, were 1 by ½ ken (which was the equivalent of two people sitting comfortably or one lying down). This was what determined the spacing between the columns of the buildings, preventing any tatami from having to be trimmed.

However, the Crystal Palace is considered the first modern application of modular construction. The need to build a 71,500 m² space very quickly—for the first international industrial exhibition in the late 19th century—demanded that the entire construction be built with industrialized components, only assembled on site. The module that determined the building's dimensions was the length of the maximum glass sheet that could be built at the time, about 8 feet long. Multiples of eight determined the location of all the pieces and the size of the spaces.

In the 20th century and with the beginning of massive industrialization in civil construction, some architects, like Walter Gropius, started to develop prefabricated prototypes and constructions to increase the speed of construction and reduce material losses. During World War II, predicting a demand for rapid reconstruction in Germany, Ernst Neufert wrote the book Bauordnungslehre, devising an octametric coordination system (100 cm / 8) based on a 12.5 cm module. In Germany, this system was widely applied to construction products, such as blocks, slabs, frames, and fiber cement tiles.

Le Corbusier, in Modulor (1948), developed a study of proportionality that adapted anthropomorphic measures to those necessary for industrial production. He based Modulor on mathematics, using the aesthetic dimensions of the golden ratio and the Fibonacci series, and in the proportions of the human body through functional dimensions. Researchers, government agencies, and other institutions like the ISO (International Organization for Standardization) agreed between the 50s and 60s that the measure of the base module of 10 centimeters—or about 4 inches—should be adopted by most countries.

This very brief history sought to highlight the importance of the search for standardization and modular coordination between materials, products, and even between countries. In architectural projects, this permits the execution of the work with less waste and foresees future adaptations for other functions, using as many repeated parts as possible to simplify the manufacturing, assembly and finishing processes. This does not directly amount to a monotonous or bureaucratic project. There are highly innovative designs that make extensive use of material modulation. The unit, called a module, defines the dimensions and proportions of the elements, establishing a harmonious relationship between them and the final product, which is the building.

For example, take a structural block of concrete. In Brazil, as a rule, the dimensions should be 19cm x 19cm x 39cm. There are also ½ length pieces to close rows. There exists a certain level of tolerance in millimeters, but the pieces should have very similar measurements. Considering the joins between blocks, architects should ideally draft the project using a 20 cm x 20 cm grid, which will pass through the axes between the blocks. This will prevent any part from having to be trimmed in the work, which in addition to increasing the amount of time needed to execute the work, may also reduce its functional characteristics and make the finish rougher. The same modulation can accommodate openings, floors, plasterboard, metal tiles, and so on. This is not to say that the project cannot contain unusual angles or break the modulation from time to time. A first step is to understand the material, how it is built and assembled, and what the ideal modulation is for it. If possible, choosing products and materials that can be accommodated in the same dimensional grids will provide a more effective design and a much faster and easier job.

Contrary to what one may think, the restrictions and conditions of modular coordination do not compromise the architect's freedom or creativity—quite the contrary. And if you are not Frank Gehry or Zaha Hadid, it is likely that your project will have to adapt to market products, and not the other way around. 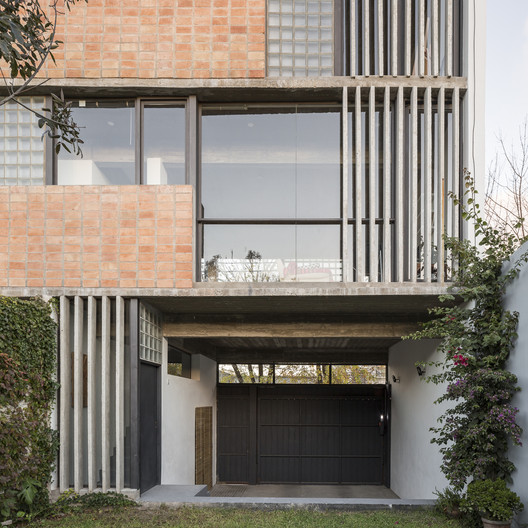