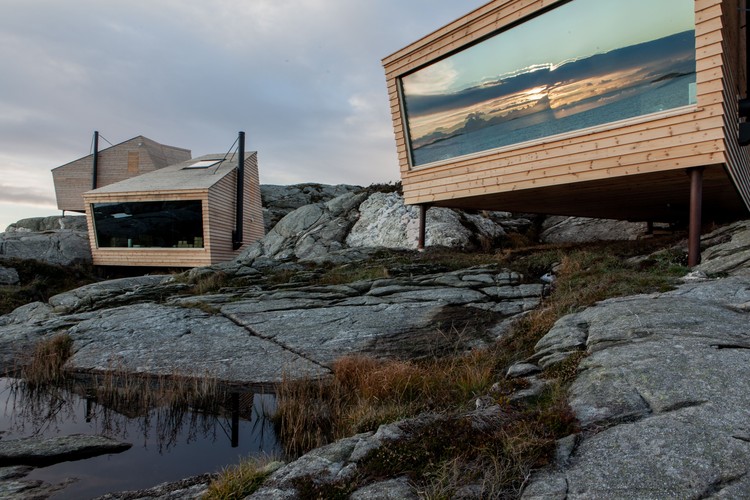 Text description provided by the architects. Situated on the far end of the headland in Sveio, a 30-minute drive from Haugesund, where the endless sky meets the majestic sea, you can find the Ryvarden lighthouse. It was from this site Floke Vilgerdsson, or Ravnafloke, in the year 868 sailed out as the first man to settle on an unnamed island which he named Iceland. More than a thousand years later, the five cabins, “Flokene”, stand ready in the sea gap in Sveio.

They were designed by Holon Arkitektur for Haugesund Turistforening, a local branch of the Norwegian Trekking Association. One of the major aspects of the project was that the cabins should not leave a permanent trace in the landscape. Four holes for each cabin, drilled in the rock to anchor the steel columns, is the only trace in the landscape.

There was no digging or leveling, and the end result is five spectacular cabins with a panoramic view over the North Sea. Their triangular shape and the flat cut are carefully planned to withstand the harsh climate with its strong winds that sometimes ravage the Western Norwegian coast.

Four of the cabins house up to five people. They are all equipped with a kitchen, living room, and a toilet. The largest cabin offers accommodation for up to ten people and is also wheelchair accessible. The heart of each cabin is a fireplace that allows guests to keep warm and cosy inside while watching the waves crashing against the cabin walls outside. 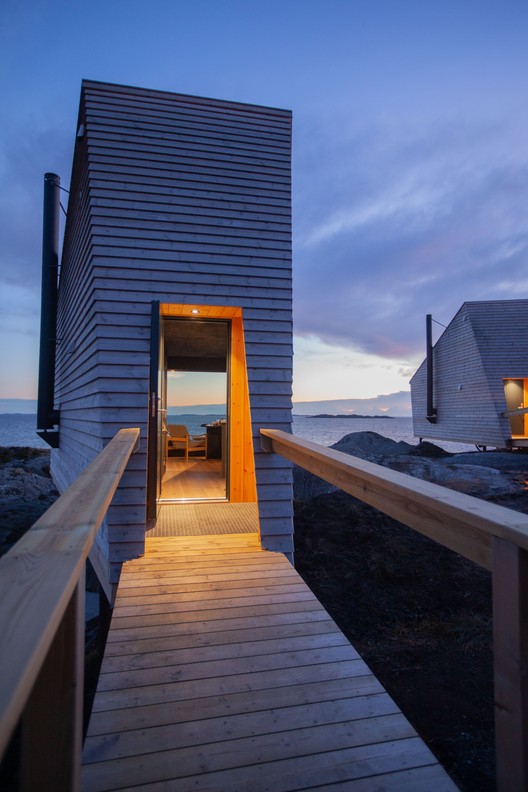 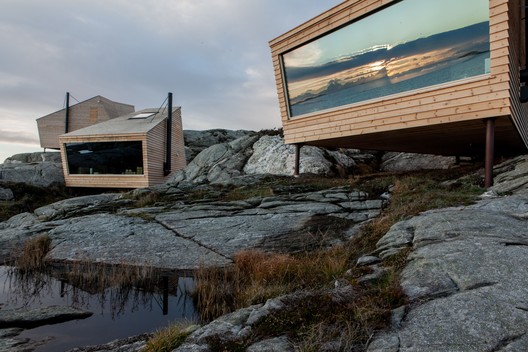