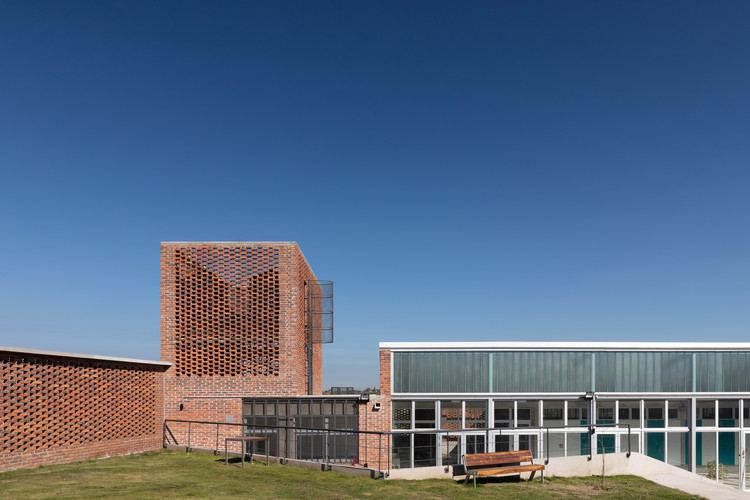 Text description provided by the architects. The C.B.T. Toledo is a public educational establishment, with a basic cycle of secondary education, focused on technical education.

In a property characterized by the difference in level of 5 meters between its sides, located in a suburban area, facing a neighborhood of small houses. The building, resolved on a single floor, is removed from the street, giving up part of its land to offer the neighborhood a necessary public space, while at the same time it is located at an intermediate level that allows it to manage its impact on the place, gaining height on the main facade, and embedded in the ground reducing its presence as the slope runs.

The intensity to the exterior is concentrated in the access, to later be diluted in extensive and increasingly low field brick walls that alternate the abstract cut-out of the openings with the changes in texture in the openwork rigging.

From the entrance, the entire building is recognizable at once, a large multipurpose space that is configured as an L, structures the entire premises, (interspersed with patios that regulate natural light and ventilation at the same time as proposed as extensions thereof) and a large contained exterior space that descends with the slope of the land.

Each of the arms of this L defines a singular spatiality that multiplies its possibilities of appropriation; a wide square lit from above, and another longitudinal one completely open to the outside.

The 7x7m square classroom module, the movable blackboards, and the extension to the patios give the possibility of exploring alternative configurations to the traditional classroom.

Based on the limited budget, the project takes advantage of the materiality of the rustic work; the raw texture of the exposed brick, the concrete, the localized use of melamine, elements of color and some figurative anecdotes such as the stamping of the ceramics or the shadow of the kiosk. 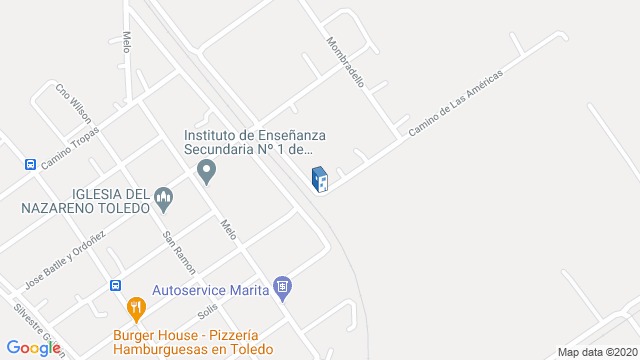 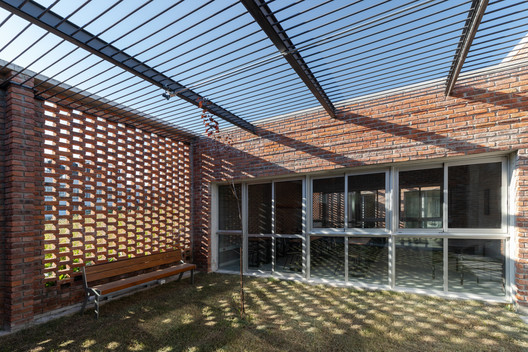 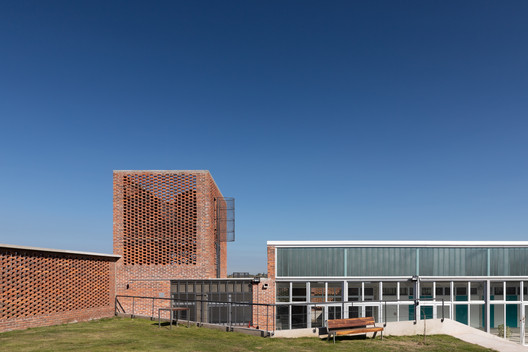