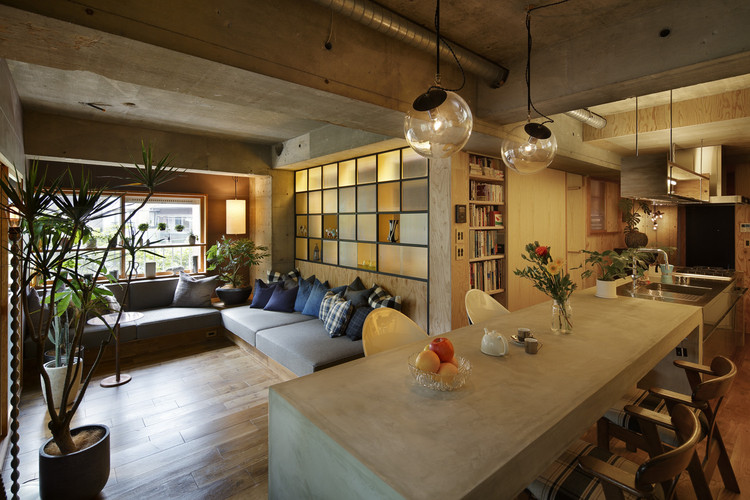 Text description provided by the architects. The project is restoration of one dwelling unit in 7 story apartment. The owner had lived for several year. They understood the room character throughout the year, such as thermal environment, natural lighting, wind ventilation and neighborhood environment. Architect designed based on all those room characters that they experienced. The apartment set on the slope and has zig-zag plan. The architect changed the room from the existing plan to L shape plan, making use of given surrounding context. The south of the room has view to school playground opposite and is surrounded natural green environment.

The long kitchen counter leads to the living space with sofa which is set down from the kitchen space, as it gives a nice view to surrounded environment. They wanted to keep the kitchen as the main character of the house. So they used a long counter for kitchen, dining and living space. The long counter could be used for different purposes like desk for working or dining table. The 6m long kitchen of mortar counter is used for cooking and dining space so you could eat while cooking at the same time. The living room has L shaped sofa and step from dining space, then it is used intimate space as sitting around. From their dwelling experience they make open planning for air circulation. Using insulation and ventilation makes comfortable living environment and it minimize the use of active energy, electricity and gas etc.

The architect made openings between the room divisions for the wind circulation and installing insulation towards the exterior wall of the apartment which also act as a protection from outside heating. The window frame of the apartment could not be changed as it is the common element of the apartment so made it a double frame window making the second frame with wood. This double frame window acts as a thermal insulator. The interior side of the wall with insulation was covered with red brown colored Italian tiles which looks like sand stone also it has similar color as the apartment’s exterior red brick which gives the feel of exterior atmosphere in the living room.

The kitchen is set in a way that everything is just an arm away and makes it as a cycle cooking, dining, and dish washing, drying and storing back the dishes. The drying cabinet being on top of the stainless steel kitchen counter makes dish washing and drying easy.

The drying cabinet on the top has a tube light inside which gives heat and makes drying faster. Also the drying cabinet looks like a light box. The glass shelf used in existing kitchen is set between living room and bedroom. The frame was painted black and the light behind the glass shelf inside the bedroom makes the glass shelf looks like a lantern. The bedroom area was raised 40cm from the floor which was made with tatami finish. This tatami unit could be moved making the lower space as a storage area. The window between the kitchen and washroom is used as a shelf as well as a mirror. The window controls the sight from kitchen. Because of the window and the shelf could be used from both sides. 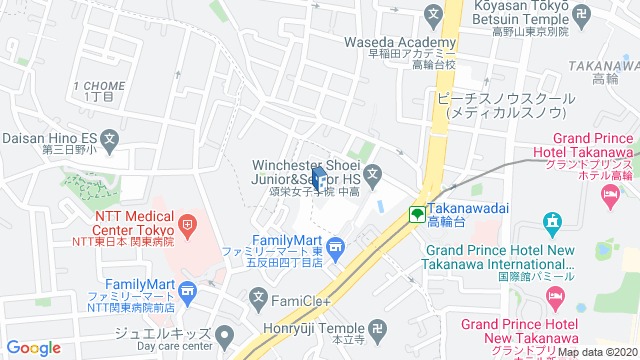 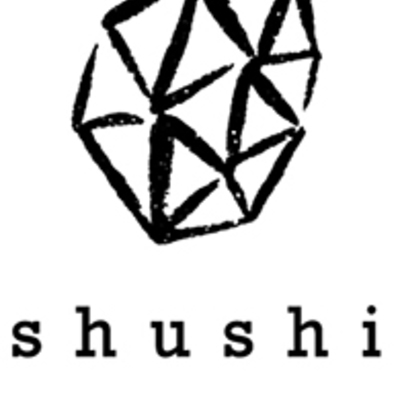