Save
The Boundless Banality of Beige: A Rant
Share
Or
Copy

I am tired of design magazines and paint companies trying to sell me on dull “neutral” colors. They claim ”Beige Is Back,” that there is a historical elegance and calming effect to monochromatic off-whites. I don’t buy it. A minimalistic approach to color in modern buildings and interiors doesn’t relax me—it puts me to sleep. When I awake, I am angry. The historical notion that bleached Greco-Roman temples represent beauty is a myth. The ancients never rendered their structures, interiors, and ornament without color. Their architecture was vividly polychromatic.

Blame today’s overuse of unsaturated tones on Modernism’s founding ideals. Contemporary environments are “bathed in white,” writes Ross Brady in Architizer, “in hopes of claiming the absolute purity [...] whether it be purity of form, function or ideology.” Some architects and designers prefer white-on-white for less esoteric reasons, though. They argue eliminating color from backgrounds puts foreground art and furnishings, flowers and people, and outdoor views on center stage.

Hogwash to all of that. Near-white is the color of noncommitment. At some point, Dear Designer, you gotta take a stand. But the more fundamental problem with painting the world beige is the disconnect between those who produce and sell color products, those who employ them, and end-users who have to live with them. Profit, art, and comfort don’t necessarily overlap.

When I studied as an interior design student, I worked in watercolor, mixing complements like red and green or blue with orange to demonstrate two colors’ movement into one, from saturated to unsaturated tones. Every combination yielded something new, but which retained their ingredients’ identity: a mass tone (the dominant color you see first) and an undertone (the color’s more subtle variation). To lighten a mix, we added white. To darken, we added black, making browns or darker grays. Each variation was an actual color—there was nothing neutral about it.

Commercial house paint colors are mixed differently, but the end result is the same. Beginning with bases of varying values, the addition of pigments creates saturated colors and in-between tints and shades. All neutral colors are derived from a saturated color, but that concept often gets lost in translation. When we erroneously lump desaturated tones into the boring categories we call beige, grays, taupes, and off-whites, we hide their personality and lineage.

What happens to colors outside the neutral zone? These exciting and fun swatches are filed away in fan decks and forgotten. They are like forlorn volumes in a rare books store desperate for attention and waiting to be rediscovered. These neutrals want to share their loving tones with you, Dear Designer. They long to bring color to your boring life. Take me home, they cry. Free me and free yourself!

If neutrals could organize, they’d cluster into yellow-greens, green-blues, blue-reds, and red-yellows. The boring beige space at the top of this article would come to life without the need for plants and people.

White isn’t always right, but neither is the other extreme: chasing the latest color trend. There is an unspoken influence by self-appointed hue cognoscenti: the International Colour Authority, Color Marketing Group, International Commission on Illumination, Pantone, and others. These organizations identify and forecast colors based on criteria that baffle me, but what they decide matters. Their yearly selections are used by industries across the board: furniture and textiles, lighting, clothing, industrial and institutional products. The standardization helps manufacturers create matched and coordinated garments and textiles in the fashion and design worlds. But beware, Dear Designer: A color-of-the-year might be profitable for the furnishings and fashion industries, but it dates your project. Fads, after all, fade.

The story of color is interesting. Most color organizations did not exist before the ’60s because dye methods and materials were not perfected enough to manufacture more than a few color options. Early 19th century paints were calcimine, a derivative of whitewash.

Sidebar: you cannot repaint calcimine walls with other paint types, which I found out the hard way. In 1965, I moved with my family to a caretaker’s cottage, originally part of a 1930s farm. All the new paint I applied to the walls peeled off. When a contractor discovered I was painting over calcimine, every surface had to be painstakingly scraped and removed before repainting with colors selected from Benjamin Moore’s “Moore-O-Matic” color charts, an oil-based Universal Tinting Color System now in the Smithsonian collection.

When I shopped for furnishings as a newlywed in the ’50s, carpet choices were restricted to Moss Green and Dark Maroon. And only cut pile wool and cotton were available. Silk, nylon, and cotton production had been diverted during World War II for military uniforms and parachutes. Synthetic fibers, alternate textures, and the dyes and techniques for producing a range of stable, fade-resistant colors were unavailable to consumers until the ’60s and ’70s.

After World War II, better materials, dyes, and methods were introduced. Benjamin Moore started in the late 19th century as a small paint store but expanded when pigment technology evolved. New colorants enabled designers to choose from broad palettes of bright colors, pastels, and off-whites. But those mid-20th century paints were not the banal colors we today call neutrals. Beiges then were transparent and luminous. It was a joy to experience off-whites painted on a surface as ever-changing light revealed the magic of their undertones.

In the ’50s and ’60s, the Universal Tinting Colors for house paints consisted of oil-based earth pigments or clays: ochres, siennas, and umbers made from iron oxide. Hiding pigments used today (titanium dioxide, phthalo blue, red iron oxide, yellow oxide) make the paint opaque but protect the substrate or painted surface from the harmful effects of ultraviolet light deterioration. My argument isn’t so much with off-whites as it is with the absence of their once-luscious aura.

My painting contractor on the East Coast was an artist during the ’70s. John exploited all of the available lightfast universal tinting colors in his work, including transparent, non-granulating, and staining pigments. He would often mix Thalo Blue, Venetian Red, Raw and Burnt Siennas, Umbers and Ochres with stunning results. Unfortunately, most of those tints contained high levels of volatile organic compounds (VOCs), which we now classify as pollutants.

With the introduction of environmental restrictions, paint companies substituted synthetic, water-borne, and solvent-based hiding pigments. In 2011, the first water-borne oil finish enamel was introduced as a viable alternative to oil-based enamels. Environmentally, these were more friendly and ultraviolet light resistant, but they were less transparent than the tints they replaced. The result is that today’s opaque neutrals on painted surfaces come off lifeless. Flat colors make dull pigments duller.

One word explains why great colors have gone missing from the built environment: chemistry. Consumer house paints consist of three primary ingredients: A vehicle (base with binder or resin and solvent), pigments (dyes and fillers), and additives. Binders originally were made of linseed oil, a common base used by artists in the Renaissance. During World War II, a shortage of linseed oil became the stimulus for inventing synthetic resins such as alkyds, acrylics, latex, and epoxies. The binder or resin provides gloss, durability, flexibility, and toughness. Additives have varied roles and may improve finish appearance or stability, thicken or texturize paint, or act as a biocide to fight bacterial growth.

Pigments and dyes, natural and synthetic, are used to produce a color. Initially, a combination of pigment and oil was ground into paste by hand, exposing the painter to lead poisoning. In 1718, a machine for grinding colors was invented in England, probably saving many lives. By the mid-18th century, paint was ground in steam-powered mills, and an alternative to lead-based pigments had been found in a white derivative of zinc oxide. Linseed oil was still the binder in which different ingredients were mixed at paint stores. In 1866, Sherwin-Williams invented a paint that could be used from a tin. Things changed after that. Consumers could order one can at a time and mixed on the spot, rather than settle for premixed paints on the shelf. The new system had hoppers containing colorants that were measured to produce small quantities of what had been made in large vats.

Marketing cannot make up for today’s paints’ loss of life. I mean, really, Beige Is Back? How, in 2020, can we honestly compare early 20th century color radiance with contemporary dullness? And what’s with promoting off-white as some kind of tranquilizer? It couldn’t be Covid. Societies weathered pandemics through time without feeling the need to kill rainbows. Color trends for every decade since the 1830s show a variety of popular tones, from Harvest Gold to Millennial Pink.

Dear Designer, being a slave to the white foam core models of your student days, or riding the coattails of a color-of-the-year, limits your creativity. Explore your inner polychrome self and that of your client. People perceive hues in different ways. In Chinese culture, for example, white is the color of mourning. Far from being the picture of artfulness, Asian white-on-white spaces evoke the image of death’s waiting room.

I’ve identified two distinct color-contrast personalities from my six-decade practice as an architect and interior designer. Clients seem to prefer environments that are either high contrast or low contrast, and both personalities respond to neutrals and vivid colors. More important than a particular hue are how colors combine to create movement and how a designer keeps forms and spaces from becoming static. A good way to make a room dynamic is through contrasting colors, values, and textures.

Twenty thousand years ago, the Caves at Lascaux were splashed with pigments that expressed animal migrations. Paleolithic motion studies were painted with charcoal from burnt wood, earth tones from clay soils, which made yellow ochre, red ochre (hematite or baked limonite), shades of white (kaolin clay, burnt shells, calcite, powdered gypsum or powdered calcium carbonate), burnt umber and raw sienna. I am not aware of any prehistoric caves painted beige.

If Neanderthal architects and interior designers didn’t restrict themselves to bland neutrals, why should we? 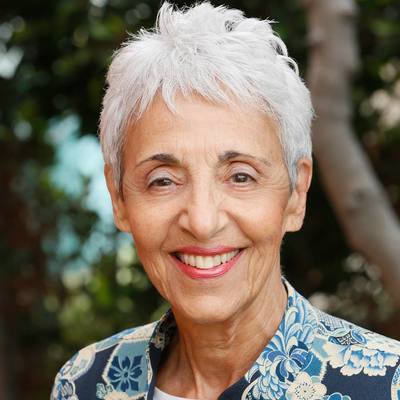