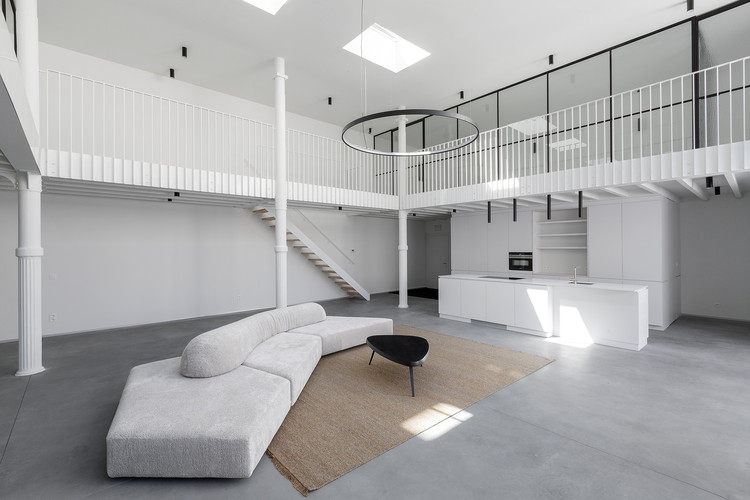 Text description provided by the architects. A former workhouse, dating from the end of the 19th century/early 20th century, has been revived through a complete refurbishment. The original steel structure and cast-iron columns reveal the previous function of the building. They have been preserved and formed the central basis of this deeper situated historical building in Antwerp.

The choice was made to create a flexible and luxurious duplex loft apartment, as a commercial space or office wasn’t allowed. A completely open space was realized, with a visual and spatial connection through the central two-story space. The functions are only separated from each other by transparent walls.

Natural light diffuses through all spaces and is enhanced by the addition of skylights. The design was realized with a high-quality finish in terms of materialization, techniques, and energy comfort. Space offers a blank canvas for any type of resident in the future. 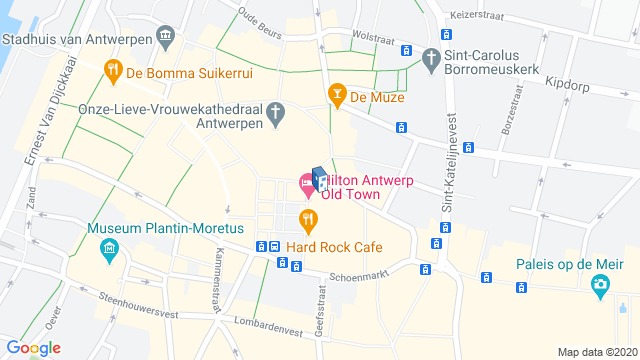 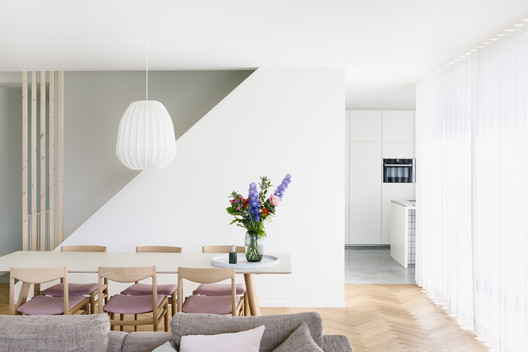 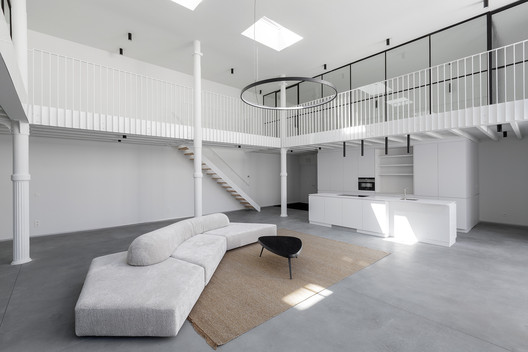