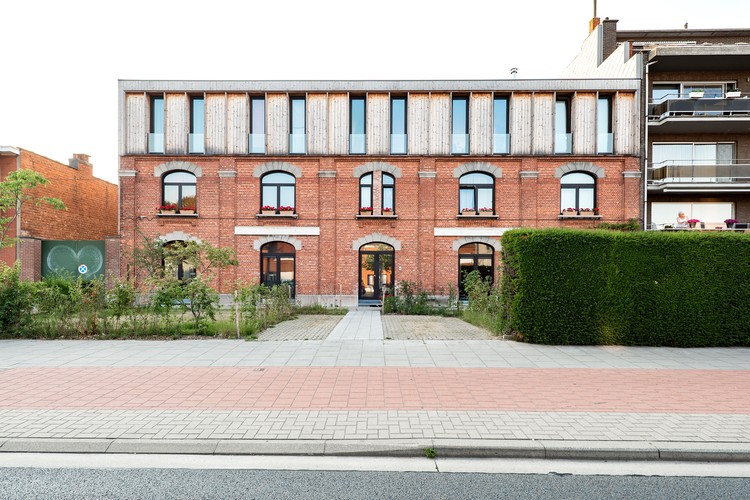 Text description provided by the architects. Four families, firm friends, had a vision: a collaborative housing project within cycling distance of the city centre, with shared functions and a shared garden but maintaining sufficient privacy. A former police station in Deurne (Antwerp) offered them the space they were looking for. The building was converted into four equal family homes. The designers placed an extra dividing wall that cuts through the original middle bay. Thanks to that intervention, the internal arrangement and typical brickwork architecture of the front facade could be preserved. To grant the four dwellings a similar surface area, the outer units received an extra extension on the first floor. So each dwelling has a slightly different structure.

Despite the uniform exterior, each family enjoys a tailor-made home. The garden and bicycle storage are shared. The basement under the original volume was equipped as a common laundry where the residents can casually encounter each other. Here too, there is a balance between interaction and privacy. The re-purposing makes deliberate use of the original structures. A specific challenge was to renovate in an ecologically friendly way. The dwellings make efficient use of energy and water and consist mainly of renewable resources, such as wood and cellulose.

On the interior, recuperated materials received a second life. A green roof, rainwater recovery systems, and solar water heating complete the collection of sustainable interventions. This co-housing project opted resolutely for a spacious common garden. A number of garage boxes on the original courtyard were demolished.

The residents can now look down on the garden from out of their dining rooms, a breath of fresh air in busy Antwerp. The property also has quite a bit of room on the street side. Prior to the re-purposing, that area was paved and proclaimed to be a parking space. The current inhabitants intentionally participate in car-sharing, so space became available to take advantage of the southern orientation of the site. A front garden was constructed to form a green view for the neighbourhood and for all living rooms. 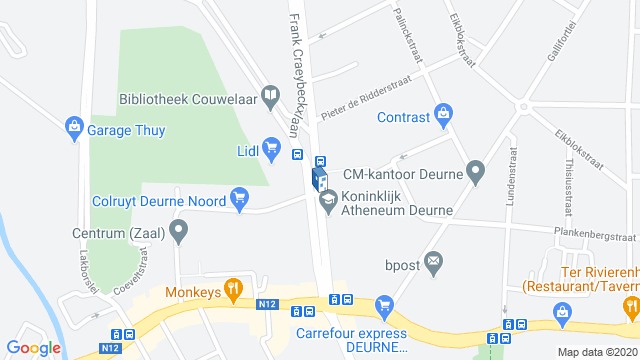