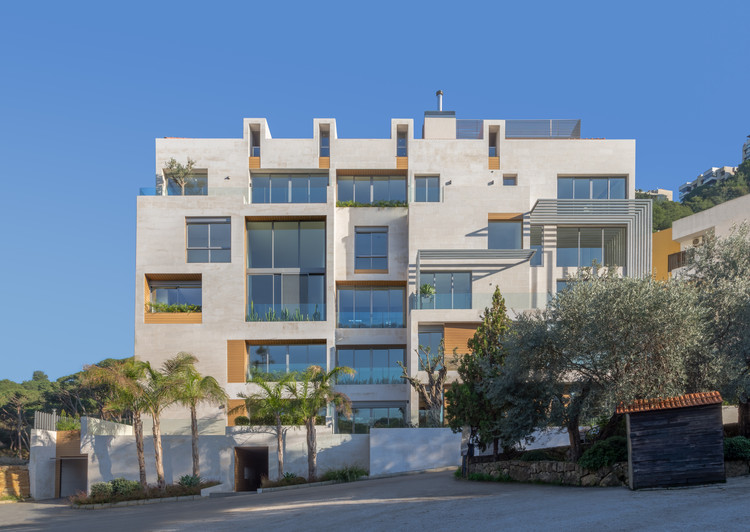 Text description provided by the architects. Located in the suburbs of Beirut, Lebanon, in a highly-populated area, the plot benefits of a green neighborhood which makes it rare in the urban tissue. The triangular shape plot is surrounded by a three stars' hotel from its rear side, an "evergreen" land from its secondary boundary, whereas the main road elongates its prime elevation.

The 16 units building consists of small-sized apartments, 2 and 3 bedrooms' units, not exceeding 160 square meters per unit and targeted for young middle-class couples. Due to the site's unusual shape, the building was conceived in an "L" shape, which gives the opportunity of having on its wider façade and lateral elevation big openings in relation with the context and from the rear side of the building, a patio that serves as a source of light to the apartments. The process started with a regular, "L" geometry, followed by a series of fragmentations. The mass becomes extruded volumes. Disparate openings of all sizes randomly positioned, create framed views on the green scenery. Loggias and balconies with depressed accessible flowerbeds act as an extension of the green surroundings towards the internal functions.

The entire building becomes a series of fragmented masses with various openings and loggias interacting with the surroundings. The building is divided into two separate entities. Each entity is composed of a core serving two apartments per floor. The units are spread all along the main and lateral elevations and are mainly conceived in a double oriented plan, which makes the light pass through each unit from its both sides. Double oriented units composed of simplexes and duplexes benefit from the light. Site regulations impose the use of stone cladding on all elevations and red bricks tiles on the roof.

As an answer, the fragmented volumes were cladded with a natural stone skin covering a honeycomb wooden texture acting as a frame around all the openings and Recessed Red bricks covering up the roof interspersed with vertical windows acting as loopholes in the massive stone. Various points of view towards nature and the surroundings, double-oriented layout plans, and double-height duplexes, fragmented treatment of the volumes, and a complex mix between stone cladding, wood, and disparate openings, form the identity of the building. 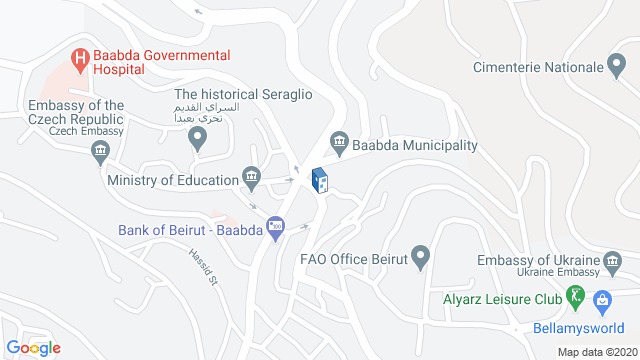