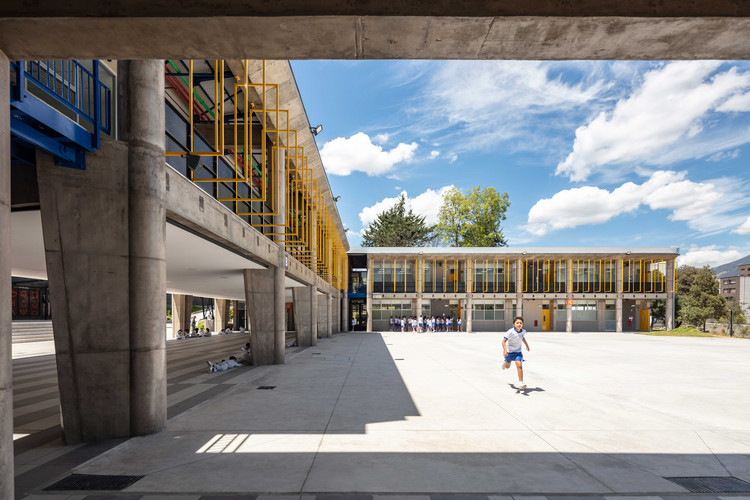 1.1.Relation with the context. -  There are dual context relations to which the project responds to. On the one hand the city/nature, where the maximum tension point is the central block -that counterpose and links both realities- and on the other hand, existing school/landscape.

1.2.Total path. – articulation of volumes in order to generate a free movement in the ground floor and a circular one in the upper floor. I.e. the project could be understood as the superposition of a continuous empty and an upper ring that are linked by the vertical circulations. When the central block rises, it allows at the same time to continue the journey from the existing school to the new playground and include a large flexible and covered space that strengthens the activities of academic practice and methodology in the schoolyard.

1.3.Gradualness and intermediate spaces. - the set of blocks configures the empty as an intermediate space obtaining a phenomenological graduation by stripes that is evident in access, circulation, auctions and courtyards. It is decided to disperse the object in the field to achieve a sequence of full and empty where the user moves through gaps of different scale and character. This gradualness allows that at the moment of crossing the blocks the urban continuity, the patios, portals, gardens and the forest will be present.

Beyond the variables of location, program and language, the project receives from the constructive process a methodology that responds to efficiency and expression. The scale of the project demands to systematize the variables so that they do not get out of control in their constructive and economic dimension, which raises the question of understanding both the possibilities of systematization and its limits. In this way the technical decision becomes more complex when taking into account the conformation of a coherent and expressive whole.

This is evidenced, for example, in the structural system, - "V" column of the central block that creates a technical solution against structural rigidity conditions and highlights the difference regarding the regularity of the other blocks creating a gravitational center of the project-, in the system of enclosures - repetition elements on the facade that hold the handrail and generate a rhythm in the object- and in the installation system - when going out to the facade and showing beyond its functionality-.

So that the technical response is not enough to materialize the project, but the correspondence between the parts that make up the architectural object is necessary and, in that sense, "every technical decision had to pass through the expressive filter of the project", although the same can say in reverse: "Every expressive decision must also be useful".

Thus, a work position is formed that seeks to respond to reality without forgetting its complexity, seeking a balance between the aspirations of the job -as a constant revision of the commonly established- and the limits of the assignment, between the narrative of the object and the necessity to control the variables that the scale of the project presented. 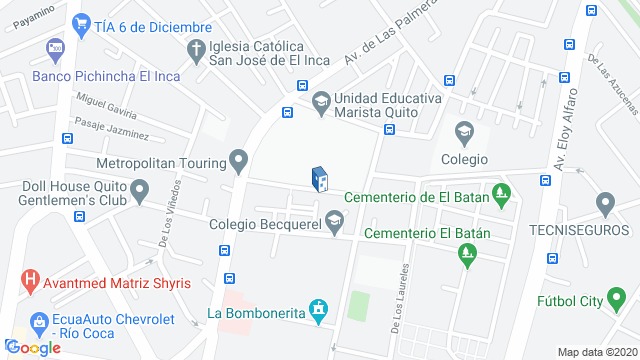 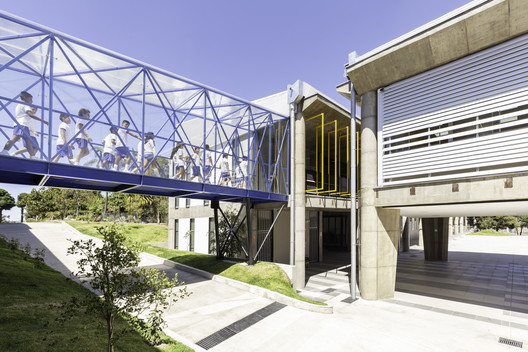 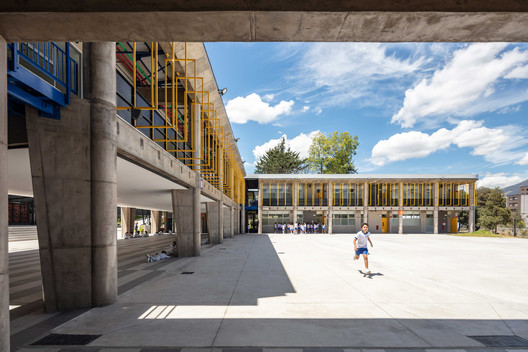