Save
Chicago Architecture Biennial Announces 2021 Edition, Entitled “The Available City”, and Under Artistic Direction of David Brown
Share
Or
Copy

Questioning the impact collective space can have in cities today, The Available City will open in September of 2021 featuring free, public programming at sites in neighborhoods across Chicago and on digital platforms. Grounded in the neighborhoods of Chicago, the Biennial seeks to enrich the entire City by amplifying and showcasing innovative ideas in design, community building, and creative placemaking, according to Chicago Mayor Lori E. Lightfoot.

With a reinvented and responsive global platform, the concept of the fourth edition was originally incubated during the inaugural Chicago Architecture Biennial in 2015. Based on Brown’s inventory of vacant city-owned lots across Chicago, the theme explores the framework of The Available City on a global platform, “engaging both local and international projects and practices that reflect new concepts for shared space and collective agency in the city”.

Platforms such as the Biennial offer a unique space for exploring and experimenting with new ideas and projects. […] Since 2015, collaborations with CAB have helped shape The Available City and I look forward to how this next phase of the project will bring new perspectives to my work with community organizations and residents while also broadening the conversation—as amplified by current issues—about the role that collective space can have in cities around the world today. -- David Brown.

Highlighting and exploring innovation in the field, CAB has supported over the first three editions, projects created by more than 350 architects, designers, and artists from over 40 countries considering critical topics. For 2021, the Biennial “will imagine new and exciting possibilities for activating spaces throughout the city, expanding access to architecture and design, and engaging new voices”.

Featuring a broad spectrum of local and global partners, CAB will collaborate once more with the Danish Arts Foundation (DAF), to promote mutual exchange between global cities, with a commissioned work that responds directly to the themes, developed by a Danish artist or artist team working in close collaboration with community-based residents and stakeholders in Chicago. 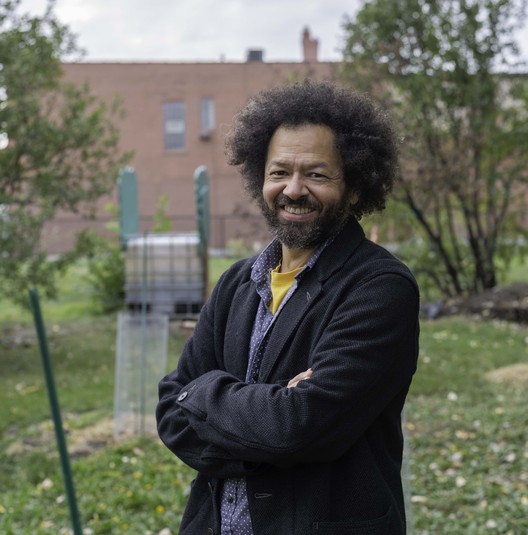