Read more
Save
“Limitations are as Important as Possibilities”: In conversation with Atelier Alter's Yingfan Zhang and Xiaojun Bu
Share
Or
Copy 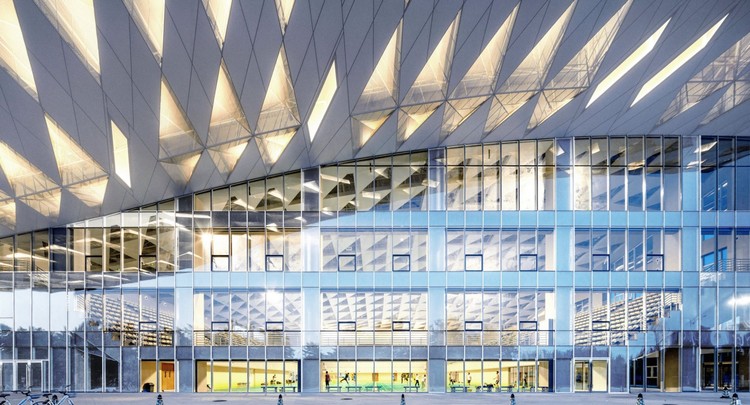 Yingfan Zhang (b. 1981, Guangxi) left China for the US in 1999 at the age of 18, right after graduating from high school. After studying architecture for two years at City College in New York she transferred to Cooper Union, graduating in 2006. She then went straight to Harvard’s GSD acquiring her Master of Architecture in Urban Design in 2008. It was at GSD that she met her current partner and husband Xiaojun Bu (b. 1980, Henan) who after receiving both bachelor’s and master’s from Tsinghua University in Beijing (1998-2005) went to Harvard and earned his second Master of Architecture there in 2007. While being a student at Cooper, Zhang apprenticed at the office of Raimund Abraham. And Bu worked at Zhang Ke’s ZAO/standardarchitecture, while studying at Tsinghua.

Zhang Ke played a mentor role for Bu and being the first Harvard-graduate among Chinese architects in recent years encouraged him to study there. Once out of GSD, Zhang worked at the New York office of RMJM and Bu at SOM also in New York. The following year they founded Atelier Alter in New York. They moved to Beijing the following year after winning a close design competition for Qujing Culture Center in Yunnan province. The following is a condensed version of my conversation with Ying and Xiaojun via Skype.

Yingfan (Ying) Zhang: When we say we want to set architecture in motion that means we want our architecture to have a continuous, spontaneous, and dynamic dialogue with the time we live in. We want to find permanence in dynamism. We are testing the ideas of timelessness, eternity, and penetrability in architecture. We started our professional education almost 20 years ago at an early phase of the digital age, and we want to express our own era – digital. We particularly like such notions as spontaneity, dynamism, and freedom. And we want to express these qualities in our work. That’s what we mean – we want to set the ideas of permanence and eternity in motion in order to bring new dynamics into architecture.

Xiaojun Bu: Yet, we don’t reject history; we learn from it. We are informed by history and culture. But we go beyond a familiar image.

VB: What words would you use to describe your work? What is your architecture about?

YZ: Our work is about horizontality, suspension, antigravity, escaping gravity, and transparency.

XB: It is also about verticality, gravity, and emphasizing buildings’ mass and weight.

VB: Wouldn’t you say that these are two opposite directions? Where do you meet then? Are you trying to express these ideas at the same time and in the same projects?

YZ: We are very different people and we respect our differences.

XB: If you look at our Qujing Culture Center you will see that it is both about emphasizing its weight and yet, a feeling of being in suspension. That’s what we try to achieve. The idea is to make a very heavy structure look like it is floating – not that it is light but that it is substantial. Yet, it can be overhead, in the air, seemingly floating. Other projects that demonstrate this idea are the Sports Center in Beijing and Yingling Stone Nature History Museum in Xiamen.

VB: You said that your firm is called Atelier Alter because you approach your projects as “alterations of the physical and metaphysical context of each site.” Yet, many of your projects are being built in places where there is no context to speak of. It is often your work that becomes the context. What is your view of wide-spread tabula rasa developments in China?

XB: Apart from either urban or geographical context, we often deal with metaphysics. We may work with local materials, techniques, tectonics, cultural symbols, we study the climate, traditions of local villages, and so on. So, when we are not given a physical site or there is no immediate context, we establish our own metaphysical site. We bring different systems such as grids, topography, signs, and symbols together to superimpose them on our site to see certain incidents and overlaps that may point to a potential direction. We try to listen to the site. The site is the one that always guides us. We have learned these ideas when we studied in America. The point is to invent a new architectural language of our own. We have this ambition and desire to discover ideas and notions through multidisciplinary research. For example, if we work on a project for a stone company, we’ll analyze the stone itself and may examine its crystal structure to find a potential direction within.

YZ: We have faith in tabula rasa, but we are opposed to the tabula rasa approach in the context of early rapid urbanization in China. History is very important to both of us. China has a very rich millennia-old history. It is true, often projects start on a flat land either because it is undeveloped, or the previous structures are completely razed. Yet, there is always a context. Perhaps it is not immediate, but the site may be surrounded by nearby mountains or a river. There are always certain geological or historical references that could be engaged. We try to grab whatever we can. And even when there is absolutely nothing, we will look for historical data, local traditions, cultural artifacts, and so on. In other words, if we don’t have a strong visual, physical context we will work on metaphysical context. And if we work on, let’s say, on a museum, we can explore their collection – fossils, calligraphy – that would become our inspiration. Or look around –terraced rice fields may reflect the sky as a decomposed cubist paining – that could become a metaphor and an inspiration. We bring all these elements to our site. They all contribute to the design of our projects. That’s what we mean by alteration. We are very optimistic, and we look for ideas everywhere, particularly Chinese history, art, and landscape. A found object could suggest a certain aspect of our architecture. Architecture sparked by an instrument, pottery, or a story, is very appealing and natural to me. These ideas are coming from my professors at Cooper Union – Raimund Abraham and Diane Lewis, as well as studying the works of such architects as Peter Eisenman and Daniel Libeskind.

VB: What do you think about the widespread rapid urbanization process in China?

XB: There are many aspects of that, and many mistakes have been made. At the same time, we clearly benefited from the fact that so many fantastic projects were built by leading foreign architects. They educated Chinese clients who realized what is possible. So, when it was time for us to start building our projects our ideas were accepted because our clients were already familiar with what foreigners built in China. We benefited from those precedents. They saw the Olympic venues and the Shanghai 2010 Expo, and they became very open-minded. Many of our clients would say to us, “If buildings in the Expo could work, your building works too.”

VB: Let’s talk about your design process. How do you develop your ideas?

XB: Ying works with physical models, but I work with digital models. I am much more comfortable working in digital space. I like to be able to control different layers. The digital model is completely interactive, and it gives me a lot of control and versatility.

YZ: Because I need to see and feel the tectonics. I need to work with the idea of how you break the ground, how to understand the ground, how you deal with horizontality, how to work with the constraints of the site. Limitations are as important as possibilities. And I work with a bare minimum – the surface, the blocks, a pencil and sketch paper in a very quiet room. I need to concentrate. These are very quick and rough models that I can work on myself. Only after these basics are established, I would go into the Rhino program to further test the project’s formal expressions.

VB: What kind of architecture would you like to achieve?

YZ: We are trying to discover a kind of architecture that not only we could say that it is our own, but Chinese at the same time, in an analytical way.

VB: How do you see the situation in China now and opportunities for young independent professionals?

XB: I think China still has a very fertile situation. When the previous generation of architects came back to start their practice, they were pursuing similar ideas, working in one direction. There was a certain expectancy of them. In a way, they had to establish their architecture in opposition to what the design institutes did, or what the foreigners have done. But now we are not limited by any expectations. We can go into any direction and look for opportunities wherever we can find them. And we no longer see a huge gap between the situation in the West and in China. We live in one world. And the kind of architecture being built here and elsewhere is not that different. The gap is getting smaller and smaller. The field has become flat. The opportunities are now very similar for everyone. It is much harder to get work but there is a wider range of opportunities. We are very optimistic, even though we have to work much harder, much faster, and more intensely. 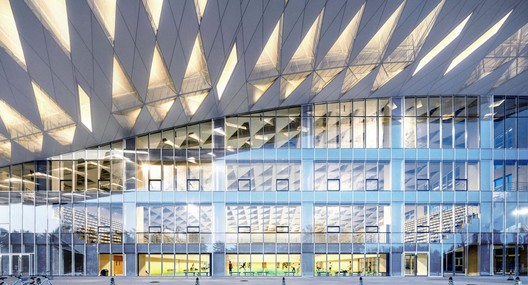