Read more
Save
Hidden Figures: The Historic Contributions of Black Architects in the United States
Share
Or
Copy

Michael J. Crosbie: What motivated you to write Black Built?

Urban Design in a Time of Anti-Space

Paul Wellington: I studied architecture in school at the University of Wisconsin, Milwaukee, and I was one of three Black students to graduate from the undergraduate program, and the only one to graduate with a master’s degree in architecture. At that time I was not really aware of the work of Black architects in the U.S. I started researching on my own to learn about them, and it was incredible—there were a lot of Black architects, some of whom had designed prominent buildings. I started a blog post on various Black architects and buildings designed by them from the 19th century to the present. The blogs seemed well received on social media, and I continued to uncover work. I had been blogging about it for about nine months before I thought that this might make a good book. It needed to find a larger audience, to demonstrate that Black architects have made important contributions to American architecture. I decided to self-publish through Amazon. It’s been well received—people have told me they had no clue about these architects and their work.

MJC: What were the challenges in writing the book?

PW: I needed to decide how to structure the book, what direction to go in. One direction would be a book about work by Black architects in general. The other theme was work by black architects that had an impact on the community it was built in—how they affected the Black community. That’s the theme I pursued in Black Built. I had collected a lot of information on buildings with community impact, but needed more to round out the book. The book African-American Architects: A Biographical Dictionary 1865-1945, edited by Dreck Spurlock Wilson, was a huge influence on my work.

MJC: In the process, what did you learn that surprised you the most?

PW: I didn’t realize that Black architects had produced prominent works in the 19th century, how far those works went back, which had an impact on local, regional, and national history. I hadn’t been exposed to this information at all in school.

MJC: I was surprised to learn of the work of Black architect Julian Abele at Duke University from nearly a century ago. Tell us a bit about his work and why his contribution had not been recognized for nearly 40 years.

PW: He designed a large part of the original Duke campus, including the chapel. The acknowledgment was always there, the records showed he had a hand in the design, but it was not publicly acknowledged. You have to remember, this was the 1920s—especially in the South they didn’t want to acknowledge the work of African Americans. Abele was interesting. He came from a well-off family, attended school in Pennsylvania, and learned the Beaux-Arts tradition. He was hired by architect Horace Trumbauer, who had a practice in Philadelphia. Trumbauer trusted Abele right away. It was amazing that Abele was given that much power and responsibility, and the opportunity to succeed. But it wasn’t until the 1980s that his design contribution was acknowledged. To me, systemic racism played a part in that he was not widely known. And I think there are still many Black architects out there whose work is buried. It takes decades for people to realize the Black architects were part of the profession, and years of research to bring them to light.

MJC: Many of the projects you document are important structures in their communities, both regionally and nationally. Tell us more about this connection between architecture and community.

PW: To be included in the book, the work had to be by a Black architect and have an impact on the black community, either positive or negative. For example, after Hurricane Katrina there were a couple of homes designed by prominent architects, including some Black ones, for New Orleans’ Lower Ninth Ward. However, they seemed to have been perceived as outliers, extravagant, not really part of the neighborhood. Some of these projects raised the property values and pushed some of the Ninth Ward residents out. But there are many works of architecture that had positive impacts. In Washington, the National Museum of African American Heritage and Culture was created by a powerful team of Black architects, foreign and American, that is a triumph. The museum design includes African themes, symbolism, decoration, and materials. Positive or negative impacts on the Black community can come from a variety of sources and historical circumstances. For instance, gentrification is a big theme in the book.

MJC: What’s your favorite project, in terms of its place in American architecture?

PW: That’s a great question. Actually, it’s tough for me to choose a single building. I have a lot of respect for the museum in D.C., the challenges, the success of it, the team behind it. It is so unique to the National Mall, the way it stands out. I appreciate how powerful the message is that it sends to visitors as well as the entire country, as a showcase for Black history. There’s been some discussion whether there is a Black style in architecture. Many works of architecture exhibit African themes. But if you look throughout architectural history, the work of Black architects has conformed to the standard styles of the day, what is happening around them. Julian Abele at Duke is a good example. But various African themes are found in many works, even a Brutalist-style building like the 1973 Adam Clayton Powell Jr. state office building in Harlem, which is a very tall, powerful building that suggests an abstracted African mask. Does that define a Black style in architecture? I would say no. But Black architects have infused themes from Africa or Black history in their work, especially in Black communities.

MJC: You note that only 2% of U.S. architects identify as Black. Why is this number so low?

PW: People don’t see many architects who look like them, so it is hard to imagine themselves in that position. I think middle schools and high schools might invite Black architects in to talk about what they do. Students might not see the impact of architects on their communities, like they do with teachers and nurses, who have an immediate impact. So it comes down to Black students not being aware of a field that can have a direct impact on their communities. Black architects involved in community schools, having workshops, would be a great step in having a profession that is more diverse. I had a mentor who was not a Black architect, who gave me a firm tour, and that was instrumental in my applying to architecture school. It can make a difference.

MJC: What needs to change in the profession to increase the representation of Black architects?

PW: Having firms involved in helping to recruit students of color into the profession. Here in Milwaukee, I’ve partnered a few times with the local chapter of the National Organization of Minority Architects, and their student organization, on several events on the impact of Black architects on the community. But it takes time to implement that.

MJC: What about the role of architectural education?

We invite you to check out ArchDaily's full coverage related to Black Architects and Architecture and Race. 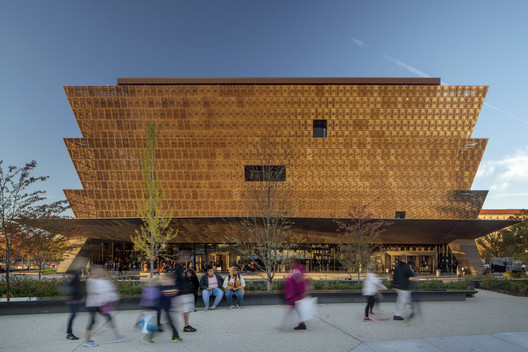