OMA's new MEETT Exhibition and Convention Centre in Toulouse has officially opened. OMA Partner Chris van Duijn led the development, the third largest parc des expositions in France outside of Paris. The masterplan of MEETT was conceived as an active strip - ‘une bande active’ - forming a physical border between urban development and countryside. The project was made to help organize an integrated development approach for the city. 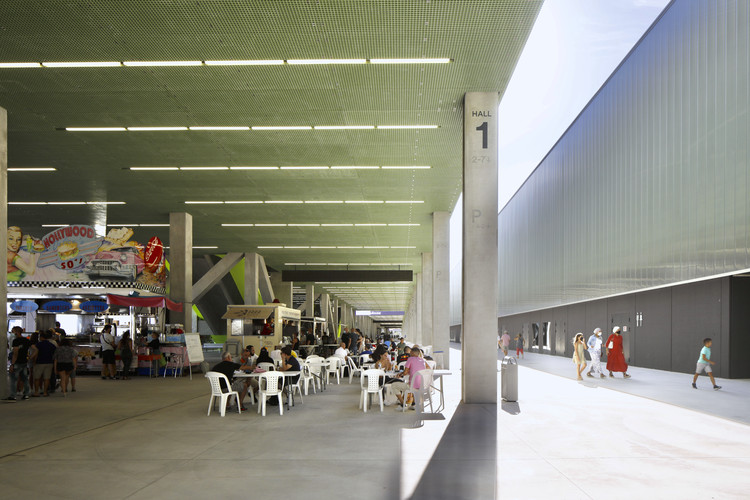 OMA Partner Chris van Duijn stated that, “This project was an opportunity to develop an architectural design which relates to all scales. The masterplan is inspired by the efficiency of the surrounding infrastructure, the openness and horizontality of the rural landscape and the scale of the adjacent hangars, while each of the individual buildings is designed as a unique functional and flexible machine.” The project was led by Chris van Duijn and project architect Gilles Guyot.

Join ArchDaily on October 2 at 13:00 CEST for the launch of the MEETT film by Laurian Ghinitoiu and Arata Mori about the design of Toulouse’s new mega-scale exposition park. It will be followed by a panel discussion between OMA partner Chris van Duijn, Project architect Gilles Guyot, French architecture critic Sophie Trelcat, and ArchDaily editor Christele Harrouk.