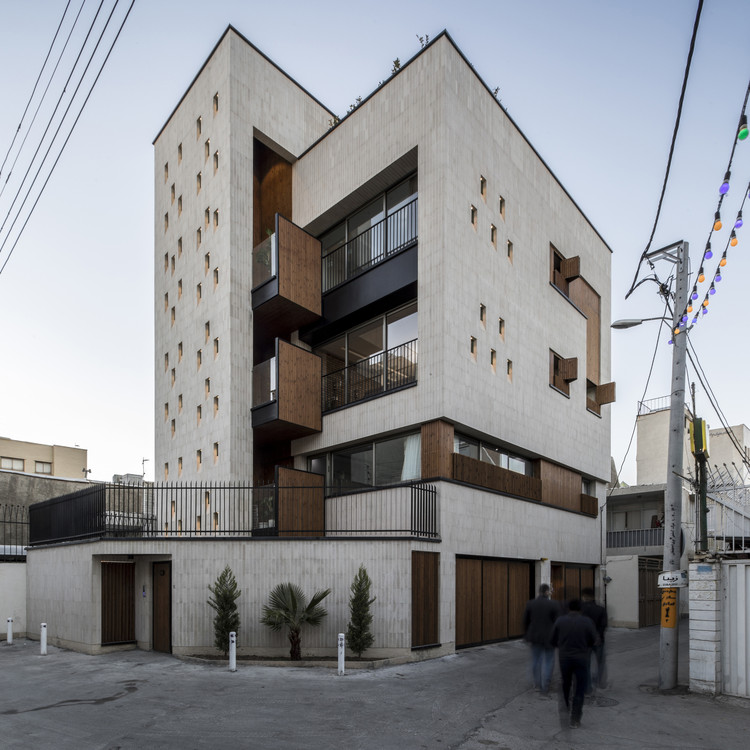 Text description provided by the architects. Building Specifics - The total area of the land for this building is 130 square meters and regarding the building rules of the city it can only occupy 80 sqm of the land to build 4 floors on the ground. There was a problem with the northern neighbor that prevented locating the stair box at the northern side of the land and its location was inevitably only possible on the south-west of the building.

Going along with Architectural Hotspots - Isfahan is an ancient city that is a musume of historical monuments from the last millennium. Our idea is that designers and architects in cities like Isfahan can inspire from the nearest architectural monument, which we consider as an architectural hotspot, to design the exterior of their buildings. By doing so, every district can have a unified identity.

For this project, we were inspired by the Pigeon Tower’s interior structure as the nearest cultural hotspot to this building. At the end of the street where this project is located, there is a famous historical Pigeon Tower, where in the ancient times was built to be a place for providing pigeons a home. There has been another pigeon tower near the site of this project that has been demolished decades ago in favor of newer constructions.

Interior Design - Since the apartment is somehow small in size, the main principles in the process of interior design were: 1. Taking the maximum advantage of spaces available; 2- defining private, semi-private and public spaces inside the apartment; 3- bringing intimacy and peace in the interior through colors and forms. 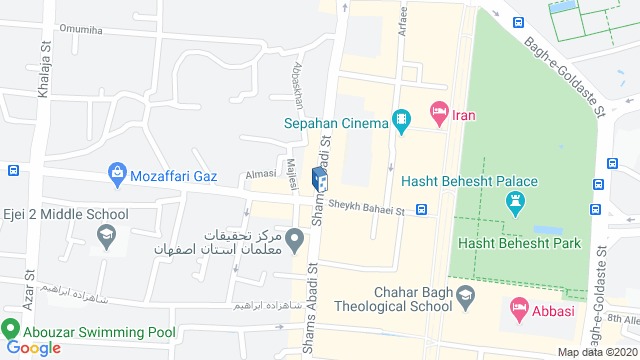