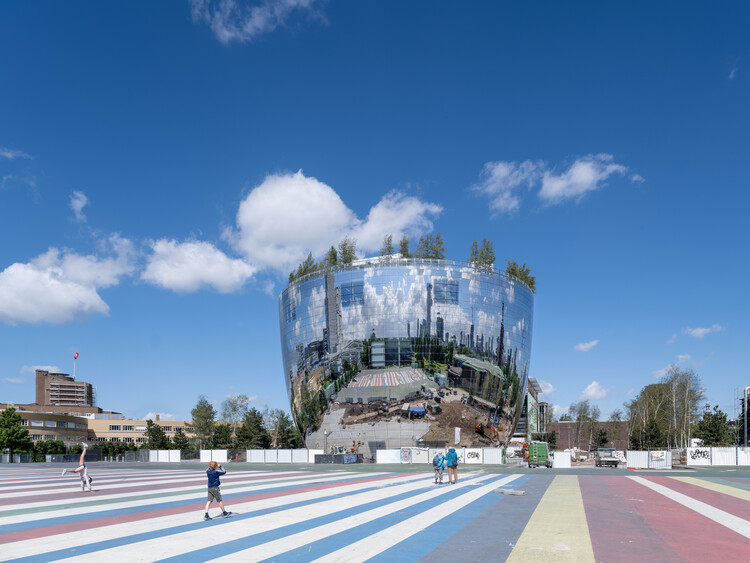 Text description provided by the architects. Located in Rotterdam’s Museumpark, the depot features a new type of experience for museum visitors: a sturdy engine room where the complete collection of 151,000 objects is made accessible to the public. In addition to the various storage and care areas, the depot has a restaurant and an award-winning rooftop forest at a height of 35 metres.

A 39.5-meter-high building ‘in the round’, the depot’s bowl-like form has a relatively small footprint. This form ensures that at the ground level, existing views into and routes through the Museumpark remain unimpeded and reduce the impact on underground water buffers, while an expansive rooftop public space with a restaurant provides access to inspiring views of Rotterdam.

Comprising 6,609 square metres of glass subdivided into 1,664 mirrored panels, its reflective façade wears the trappings of whatever surrounds it: people passing by, Museumpark’s leafy grounds, the clouds, and Rotterdam’s dynamic city skyline. Thanks to this reflection, the building is already fully integrated into its surroundings, despite its not insignificant size of 15,000 m2. It enlivens its surroundings while establishing strong relationships with the park and the neighbouring buildings.

In the depot, artifacts will be stored and exhibited according to their climatic requirements, as opposed to movement or era. Each storage space is climate controlled and organized into five different climate zones, arranged according to works of art produced with different materials: metal, plastic, organic/inorganic, and photography.

The building’s eyecatcher is the atrium with crisscrossing staircases and suspended glass display cases showing exhibitions of works selected by museum curators. This atrium will lead visitors to exhibition rooms and curators' studios, offering them a unique behind-the-scenes experience and the chance to learn how a world-renowned museum maintains and cares for its art collection.

Art is displayed throughout the building, beginning in the ground floor lobby and continuing along the entire route through the building, extending even to the rooftop restaurant. Outside this restaurant, a rooftop forest at a height of 35 metres will provide another public attraction, accessible via an express elevator from the ground floor, and populated by 75 multi-stemmed birch trees standing several metres tall. The rooftop offers visitors breath-taking vistas across the city of Rotterdam. 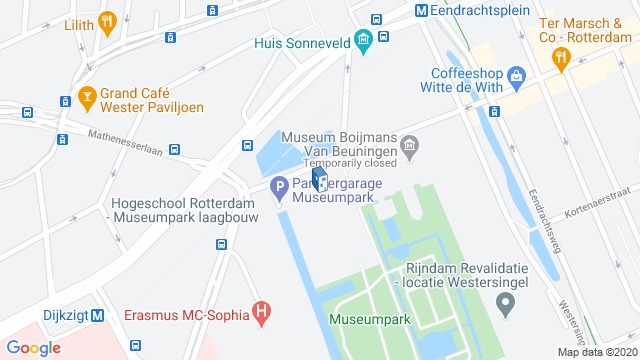 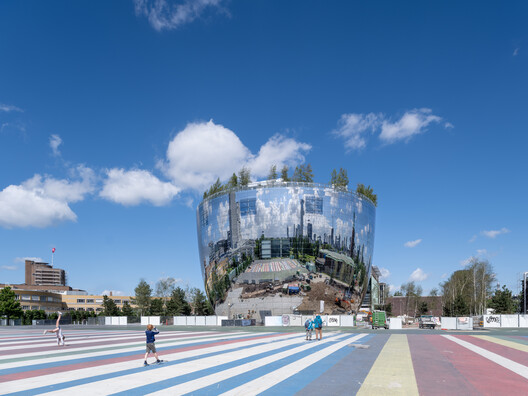