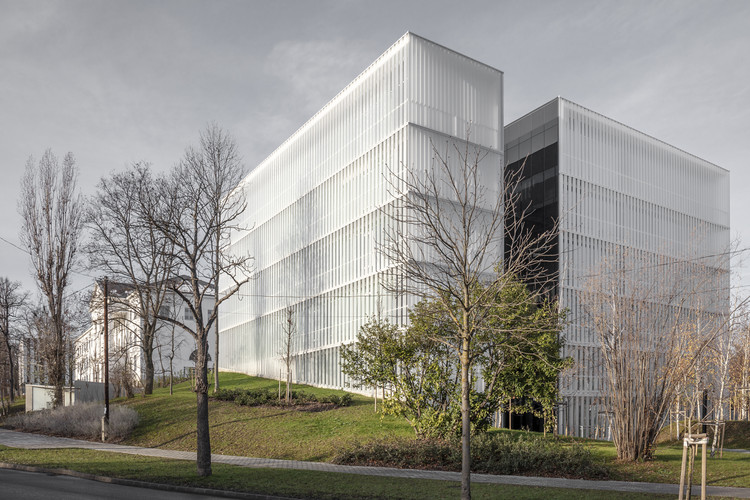 Text description provided by the architects. When planning the expansion of the Moholy-Nagy University of Art and Design Budapest’s Campus, our mission was to transmute the university grounds into the spatial bedrock of the contemporary and future creative education. We were faced with the question of identity: on one hand, finding connections to the person it’s named after - someone with a creative nature of innovation, pushing artistic and technical boundaries - and through him, to the pioneering applied arts movement of the previous century, the Bauhaus.

On the other hand, in the educational activities at the university, apart from the carefully crafted professional knowledge of applied arts, the complexity of thinking, the development of conceptual skills, and the recognition of real problems also play an increasingly important role. Responding to this notion we came up with a timeless, neutral design, which does not dictate behavior but provides an opportunity, freedom while inspiring and stimulating work: this way, the highest degree of adaptability can be achieved.

Situated in a slightly sloping park-like landscape, the MOME campus houses teaching and research facilities, but also creates an inspiring learning environment. Our design reaches back to the original concept by Z. Farkasdy and aligns three buildings on an axis. The volume of the “BASE” building for undergraduates has an extraordinary suspended structure, which allows the ground floor of the building to visually open up to its surroundings without any barriers. The building’s three inner reinforced concrete cores bear the load of the suspended floors. The post-tensioned girders under the roofing convey the suspension to the cores.

The old central building “A” (1954) accommodates MA courses and administration. Its interior was transformed to a large extent, but its exterior was mostly not changed: we practically turned the original building inside out and the previously enclosed spaces were reconfigured into an open spatial structure, which connects the three levels of the building in a vertical as well as a horizontal sense The third building, which is nearest to the city and in a prominent place, is the university’s centre for innovation, named “UP”. The inner, inspirational world of the UP building and the system of spirally traversed apertures are based on human movement: offering different cross-views from every position. A topographical part called “GROUND” was also created in the centre of these buildings to unify the separate elements.

The underground spaces of “GROUND” were designed as a pulsating centre of interaction, which can function as the largest indoor and outdoor communal space of the campus. As multiple factors are required for the creative work at the university’s institutes, we consciously shaped the spaces into an open system where surprise also plays a role. This results in the experience of the elemental, the child-like wonder of our surroundings. The spaces and their diverse attributes facilitate the emphasis of creative nature: instead of approaching an object or a natural phenomenon through aesthetic or scientific considerations, our aim was to create such an environment, where the subject is caught in awe by the unexpected. 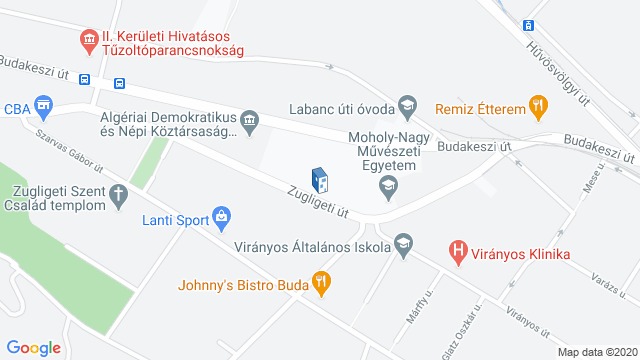 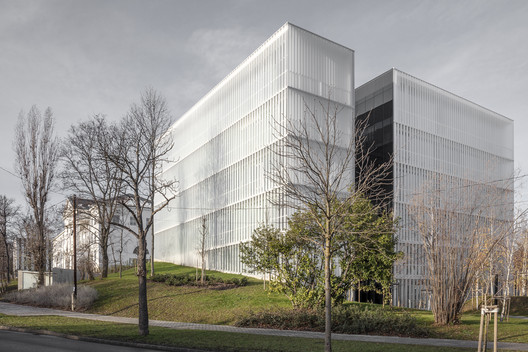