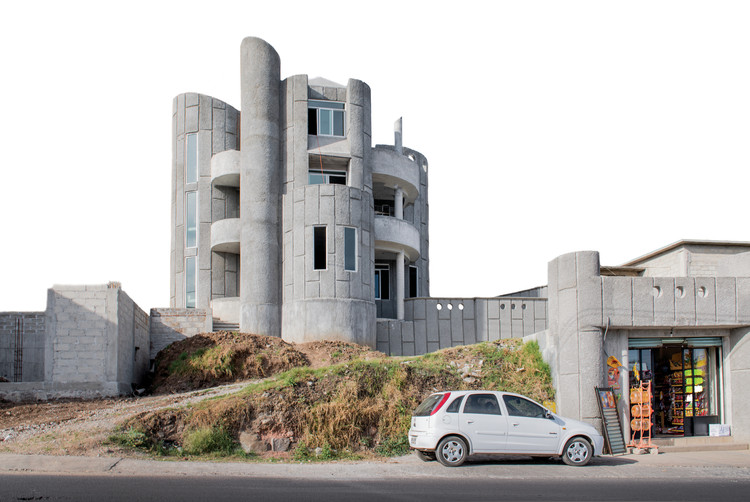 In Mexico, self-construction has been a topic heated debate between its advocates and opponents; however, this doesn't diminish its prevalence throughout Mexico and the world. Over the past few years, initiatives on the part of architects have driven the creation of instruction manuals for do-it-yourself builders as a way to promote health and safety in self-construction and to also provide insight into building materials and techniques. In many ways, the initiative has improved the self-construction process, a fact evident in the increasingly visible creations seen throughout Mexico.

For many years, people looked the other way when it came to informally built houses. Today, many seek to bring them to the forefront, as is the case with Arquitectura Libre by photographer Adam Wiseman. This long-term project shines a light on auto-constructed architecture in Mexico, namely the creations funded through remittances sent from family in the United States. It should come as no surprise that remittances play a sizeable role in the Mexican economy and nowhere is this more evident than in Mexico's home-grown architecture.

In this case, if we look at self-constructed architecture as the alignment of the factors that guide its creation, it becomes a much more complex issue and incites even more debate around the processes that drive it.

Finally, it's important to ask--what is architecture? As is the case with any form of identity, this implies distinctions or inclusions and exlcusions. Architecture, as taught and studied in the West, is meant to outline, define, and control, leaving no room for informal expression in design and construction. History on informal settlements is near non-existent in academia; however, this ignores the fact that there is no static, homogenous architecture. If anything, it's the materialization of aspirations, a manifestation of identity, and a tool of communication. Access to it should not be a privilege.

The title Arquitectura Libre was the brainchild of writer, journalist, and wife of Adam Wiseman, Annuska Angulo, who played a key role in the project's creation. She describes the project as such:

Adam Wiseman's work is just one of many efforts to question segregation, not only within cities, but within the ongoing debate of what does and does not constitute architecture. It's an attempt to shine a light on the architecture of rural areas, much or which is driven by the contemporary remittance economy, and to paint a much more complete picture of the creativity, complexity, and technicality of informal building.

Due to the pandemic, the majority of scheduled exhibitions have been postponed or canceled. However, the artist plans on continuing in person displays by delivering a personal, in-home viewing to those who request it. A hundred albums are currently for sale and more will be printed based on demand and they will also be available through an online photo library. Anyone can sign up by visiting arquitecturalibre.mx and requesting to borrow an album for two weeks. The only payment needed is for the delivery and return. Instead of a guestbook, the visitor can return the album along with a drawing, a poem, or even a plastic knife. Everything will be added to the Arquitectura Libre archive. The album will later be returned, spend two weeks in quarantine, and then be sent to another person.

The album consists of 31 106x1488mm images, including 100 samples, and more than 10 artist tests. The library edition will begin with 4 samples and digital printing on Epson Single weight matt 120gsm paper. The printing will be done by Richard Wills at Photofusion in Brixton, London. This includes a catalog of texts by Adam Wiseman (project creator), Mario de la Cruz (builder of 36 houses in San Juan Chamula, Chiapas), Pablo Landa, (doctor of anthropology at Princeton University), Annuska Angulo (journalist and author of The Message is in the Cloth and Without Borders), Natalia Gálvez (architect and professor of architecture at The Ibero-American University). The portfolio's interior is made from Dutch/African wax textiles from Deptford High Street in London. The exterior textiles are from My Fabrics in Schenefeld, Germany. Embroidery: Gabriel Monade from 1834 Stitching: Teklehamanot Beraki. 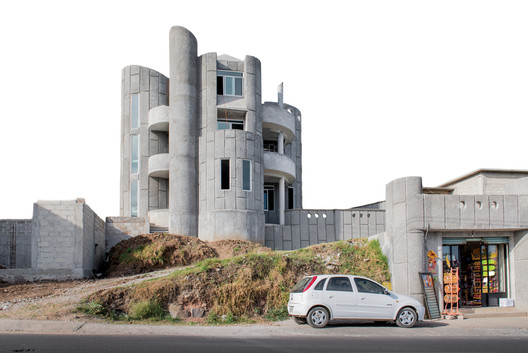