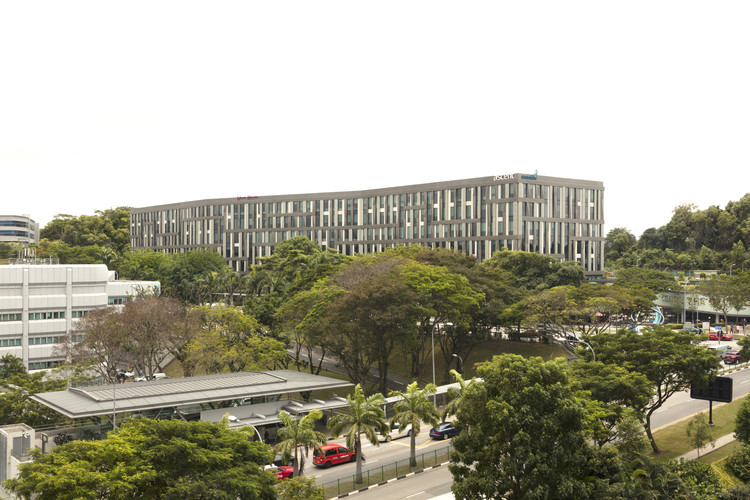 Text description provided by the architects. Located in the heart of Singapore’s rapidly developing technology district, Ascent is a new type of building that signals the transformation and urbanization of Singapore Science Park 1. The building represents the ﬁrst phase of Studio Woodroffe Papa’s masterplan to revitalize the science park and its design responds to the changing trends within the innovation and knowledge economy. Companies in this talent-based sector increasingly require less overall space, but with more diverse and developed networking potential. They require buildings to be more ﬂexible, resilient, and sustainable with greater access to open space, and ofﬁces to be more vibrant and ‘experiential’, supported by events-based lifestyle activities that place greater emphasis on well-being and collaboration.

The existing context reﬂects an older generation of technology parks with their inward-looking workspaces, unfriendly street environments, and isolated buildings. Ascent rejects this model and instead proposes an alternative concept of ‘spatial clustering’, where architecture, landscape, and circulation are integrated to create a system of interconnected indoor and outdoor networking environments - an ideal human-centric, social setting that encourages crossovers and synergies between working, playing and learning.

While the upper levels provide large, deep plan ofﬁce space ﬂexibility for regional headquarters and R+D companies, the lower two levels - the project’s so-called ‘thickened ground’ - accommodates double-height lobby areas, club spaces, exhibition and event spaces, co-working spaces, shops, restaurants, a creche, and a pharmacy, all set within a sequence of courts and gardens. By persuading the client to re-think the traditional arrangement of drop-off and arrivals that typically separate the building from the street, Studio Woodroffe Papa was able to move the drop-off and service areas to the rear of the site, position the building closer to the street to establish a more active, urban presence.

The building’s façade, composed of glazing, folded and flat aluminium panels, creates a unique pattern that looks different at various times of the day. The architectural expression highlights the building’s functional diversity, differentiating between the shaded privacy of the ofﬁces and the welcoming/engaging qualities of the lobby and lifestyle amenities. Following its completion, Ascent was awarded a Green Mark Platinum Award, the highest honour for a “green building” accorded by Singapore’s Building Construction Authority (BCA) for its environmental design and performance. The building uses Building-integrated Photovoltaic Technology (BIPV) on the facade to generate electricity, reduce solar gain, and increase energy efficiency. 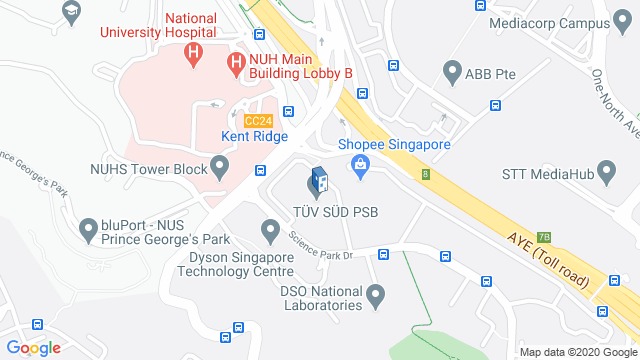