Save
How to Design Spaces for Kids in Marginalized Areas? 3 Examples from UN-Habitat
Share
Or
Copy

In this second collaboration with UN-Habitat, discover different examples on how to design with and for kids in marginalized areas. In fact, child-responsive planning leads to a vibrant and animated inclusive city. Focusing on spaces for children, this feature highlights cases in Bangladesh, Niger, and Vietnam. These public spaces implementation projects seek to promote environment-friendly livable cities, taking on participatory approaches and involving the youngsters from the beginning of the process. In the end, no one knows the needs of kids, more than the kids themselves. 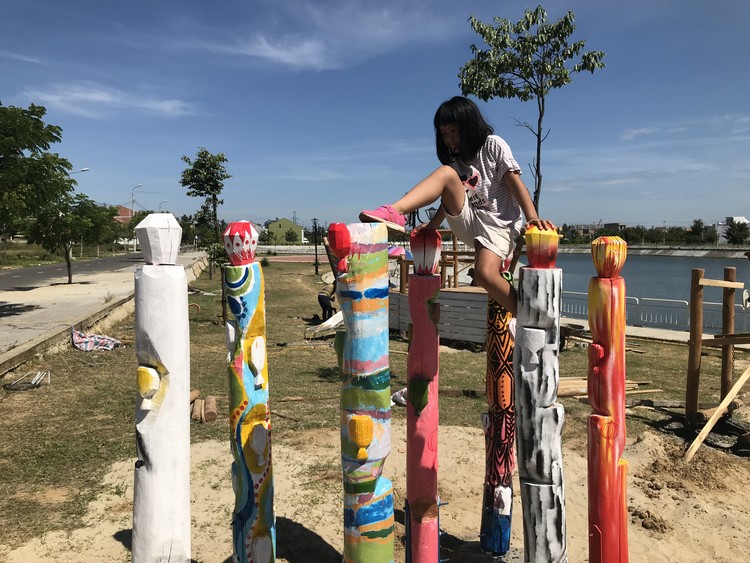 Directing their efforts into making cities and human settlements inclusive, safe, resilient, and sustainable, UN-HABITAT through its Global Public Space Programme, has upgraded so far 109 public spaces worldwide. Supported by Block by Block, an NGO initiated by the creators of Minecraft, Mojang, and Microsoft, the initiative funds public space projects worldwide, mobilizing communities and influencing policy in the process. In fact, through participatory workshops, the methodology brings people together to visualize their urban design ideas in Minecraft and present them to decision-makers.

The Case of Vietnam

Trang Keo Park, located in Hoi An City in central Vietnam was designed as one of the biggest green public spaces in the area. Spreading over 65,000 square meters, the newly planned park, initially built in 2016 by developers, “is devoid of anything that would be interesting”. With poor accessibility, few local residents use the always empty space.

UN-Habitat, in collaboration with Healthbridge, Think Playgrounds, and Hoi An City has tackled this topic and organized first a Minecraft workshop with community members, where residents used the program to develop five designs for the park improvements. Following up with meetings to discuss the importance and the need for quality public spaces, the project drafted consisted of building a play space, with the help of the community. 371 members participated in the works, with a total of 296 hours of volunteering time.

Infrastructure changes included the addition of swings, climbing poles, fish rocking set, hanging bridge, push up bars, fitness bike, and the transformation of a fishing boat into a slide and a climbing system. Generating a fun place where children feel comfortable and safe, the intervention increased the number of people using the site, reaching over 200 individuals per day. Interesting for both young and old, the park achieved its goal to improve safety, inclusivity, and accessibility for all.

The Case of Bangladesh

While there are 15,000 students studying around the area of Dhaka North City Corporation (DNCC) in Bangladesh, only one school has a playground and only students of the school are permitted to use it. With a lack of public spaces, children find themselves restricted to their homes. Rayerbazar Boishakhi Playground, the only existing public space in the ward, was used exclusively by teenage boys playing football and cricket. With poor accessibility for people with disabilities and lack of security, this space was not suitable for the majority of the people.

UN-Habitat, in collaboration with Healthbridge, and Work for a Better Bangladesh Trust, initiated a rehabilitation project that involved local residents from the beginning, especially kids. Aiming to create an inclusive playground out of the Rayerbazar Boishakhi space, many activities were organized including a Minecraft workshop with community members where residents focused on children’s recreation, and meetings with government officials, local leaders, residents, architects, the Ward Councillor, stakeholders, and with school authorities.

As a result, 14 improvements were drafted, to be implemented in a seven-day long public space building event with the society. While children helped paint the murals, the community focused on cleaning the space. Infrastructure changes comprised of the introduction of see-saws, a toddler street scramble, swings, slides, football goalposts, plants, benches etc. Increasing the number of girls and women using the space, the successful intervention achieved its purpose, creating a very busy playground for all children and low-income families.

The Case of Niger

In the city of Niamey, in Niger, there is a significant lack of formal public spaces. Out of seven parks in the area, only two are operational, and the rest are degraded, of poor quality, and constantly at risk of being transformed into other purposes. Due primarily to an absence of funding, planning, and maintenance, these spaces in decay are also inaccessible, unsafe, and unconnected.

UN-Habitat, in collaboration with Healthbridge, and Public Spaces for all, has built a public park in the Saga district of Niamey, a traditional neighborhood and a lower-income community. Using a participatory and inclusive process, the project seeks to generate a safe and accessible park, in an empty plot of land with no facilities.

During the Minecraft workshop, residents living in the neighborhood used the program to develop the designs for the park improvements, focusing on their recreational needs. As a result, 35 improvements to the site were envisioned. UN-Habitat organized six events where the community could participate in the changes to the park. Once completed, the project put in place swings, teeter-totters, a community garden and planted trees, a tire tunnel, fish ponds, partially built toilets and a refreshment center, etc. Generating a comfortable and safe place to play, relax, and socialize for children, Sinka Park included also several innovative elements for everyone, such as a community garden that is connected to potable water and irrigated through a system developed especially for the project. 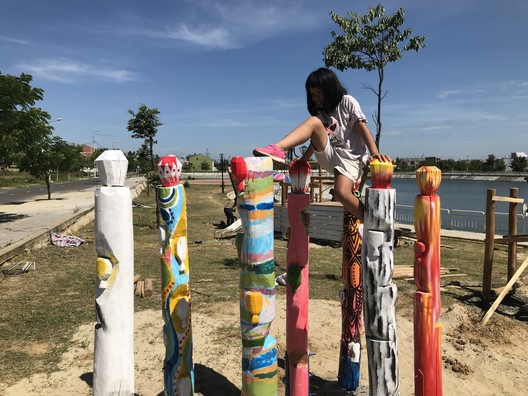