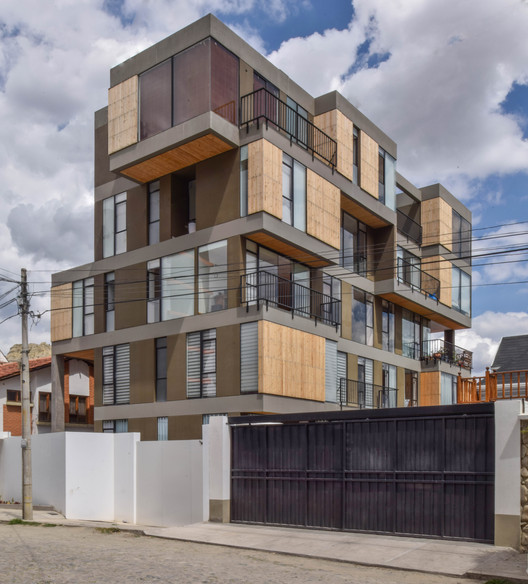 Text description provided by the architects. La Paz is a city of mountains, the city in the mountains. Along the Choqueyapu river (from north to south and downhill) the city climbs the hillsides and takes over the valleys. One of these valleys is Achumani, a middle-class neighborhood in which the densification process replaces single-family houses for multifamily apartment buildings.

On these valleys, 200 meters lower than the city center (3600 meters above sea level), average annual temperature oscillates from 2°C to 16°C and compels architecture to seek the sun as a primary objective. This condition added to the omnipresent mountainous landscape justify an intense interior-exterior relationship and the design of terraces almost as an obligation.

Isabel is an eight-apartment building for the members of three generations of a family with diverse needs, longings, and financial capabilities. In order to achieve economical feasibility for every member of the family, the communal costs had to be as low as possible, so a simple reinforced concrete structure is proposed which allows solving the best possible sunlight and ventilation conditions in each one of the eight apartments.

Based on the shape and orientation of the 450 square meter lot (15x30 m), four longitudinal structural axes were proposed, which at the same time define three functional volumes: The first one adjoins the southeastern adjacent lot (least sunlight) and contains the horizontal and vertical circulation (3,00 meters wide). The second one contains the apartment entrances and internal circulation, and the spaces with the less area requirement (3,15 m wide) The third one on the northwest side (most sunlight) contains the living quarters that require a larger area (4,75 m wide + 1,00-meter cantilever)

The area designated for each one of the owners was determined according to their economic capabilities. In order to achieve said area and to define the divisions between apartments, three strategies were adopted: Independent displacement of the transversal axes on each level, Vertical connections between spaces forming duplexes, Displacement of the external edges of determined areas of each apartment configuring projected and recessed volumes which at the same time generated terraces.

One of the owners’ requests was to restrict the access to the building from the street, the limit proposed was a closed wall, configured in the most urbanistic and least aggressive way possible and independent both visually and materially of the building.

The building was materialized with traditional constructive systems and unskilled workforce, distributing the resources based on a cost-benefit hierarchy in every constructive element. For instance, some areas are left with basic concrete flooring, and various elements of fixed furniture were designed as internal divisors to avoid the need of walls, but at the same time large windows were adopted in benefit of the spatial quality, using framing and glazing with good insulation properties and external walls were built with reused wood and thermic insulators in some areas.

The results are comparatively-low-cost apartments and common areas of high spatial quality and easy for their inhabitants to make their own. 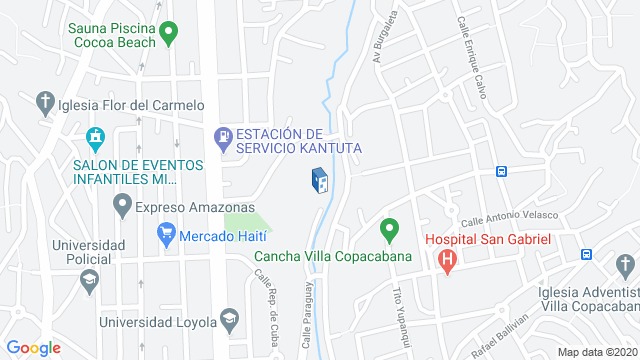