With a complex debate underway about monuments and the way we engage history, we should start thinking about a COVID-19 Memorial. Yes, I know we are in the middle (or is it still the start?) of this pandemic, but the intensity of the moment might actually help us envision what such a memorial could be. Instead of waiting for a time when we have more distance from our current catastrophe, we should capture the passions coursing through society right now.

I have no idea what this memorial might look like, but I know where it should be built in the United States: 1100 Pennsylvania Avenue, NW, five blocks east of the White House. The Romanesque Revival pile there opened in 1899 as the city’s main General Post Office and has weathered the vicissitudes of time—adapting to a new role as a federal office building in the second decade of the 20th century, barely avoiding demolition in the 1920s when the Federal Triangle office complex was erected nearby, and pulling off the same trick in the 1970s when the federal government added more buildings to its cache of bureaucracy in the area.

In 1973 the granite structure with its 315-foot-tall clock tower was added to the National Register of Historic Places and 10 years later was converted into a mixed-use development with a food court and glass-roofed atrium at its center. Its latest indignity was administered by business associates of Donald J. Trump, who turned it into the Trump International Hotel in 2016.

Most residents of D.C., though, still call it the Old Post Office. It is nothing if not a survivor. And thanks to the gutting of its original function, it is an apt symbol of our current moment.

I suggest that a nonprofit COVID-19 Memorial Foundation lease the property from its owner, the federal government, rip out a portion of the luxury hotel and erect a tribute indoors and out to all the doctors, nurses, healthcare staff, postal workers, delivery people, and other essential service providers who have risked—or lost—their lives in fighting the disease caused by the novel coronavirus. This effort should be funded by the companies that have profited the most from the pandemic. Think Amazon, Google, Facebook, Zoom, UPS, and Walmart. They can afford it, especially now.

If Trump loses in November and foreign powers no longer feel the need to curry favor by staying at his hotel, he will be happy to sell his lease to the property and distance himself from a city that has made its distaste for him known through the Black Lives Matter mural on 16th Street and numerous statements by Mayor Muriel Bowser. And if his legal bills surge in 2021, he will certainly need the money.

Occupying the soaring inner court of the existing hotel and the north-facing plaza on Pennsylvania Avenue, the COVID-19 Memorial would provide Washingtonians working in the area and tourists visiting the nearby National Mall with a place for reflection. An imaginative design might accommodate a flexible program that allows crowds to gather in healthy times and abide by social-distancing rules during periods of contagion. It must address the issue of connections—between unrelated people living in cities and towns, between family members separated by disease, and between countries sharing a planet where germs know no boundaries. How we come together/stay apart is perhaps the essential dilemma facing us now and into the future. I’d like to see how a brilliant designer might express this challenge in built form, employing all kinds of technologies—old and new—and all types of materials—natural and manufactured.

An international design competition would surely attract some of the most creative minds in the world and might serve as a springboard for young talent, as the one for the Vietnam Veterans Memorial in Washington, D.C., did in launching the career of a young Yale student named Maya Lin in 1982. Instead of standing tall above the ground, her design pushes into the landscape—a gesture that was radical at the time but would inform memorial architecture ever since. She described her aim as “taking a knife and cutting into the earth, opening it up, with an initial violence and pain that in time would heal.” Her memorial engages the issue of connections in an odd, but brilliant, way—organizing the names of the dead chronologically, rather than alphabetically. So comrades who died together in a particular battle or incident are remembered here together, something that surviving veterans have found profoundly moving when they visit. It also means that the apex of the memorial marks the height of the war, the moment when most people died.

Designers of a COVID-19 Memorial might learn from other precedents as well. They might, for example, include a component that can be installed at every hospital that has fought the battle against the virus. This is an idea used by the National Memorial for Peace and Justice in Montgomery, Alabama, which was designed by MASS Design Group and invites counties that had been the sites of lynching to participate in the process of acknowledgment and reconciliation by bringing back markers of these events to their communities.

As many people understand today, what we tear down and what we commemorate help explain who we are and what we value. How we remember our current crisis can help us heal a wound inflicted on us by our increasingly fraught relationship with nature, and made worse by subsequent actions and inaction. 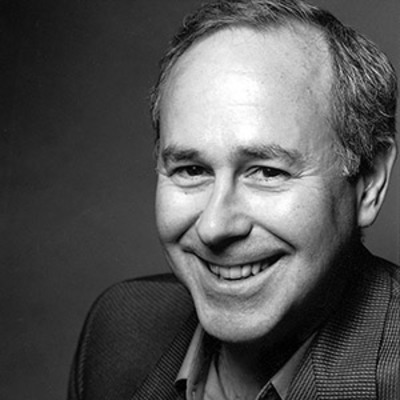