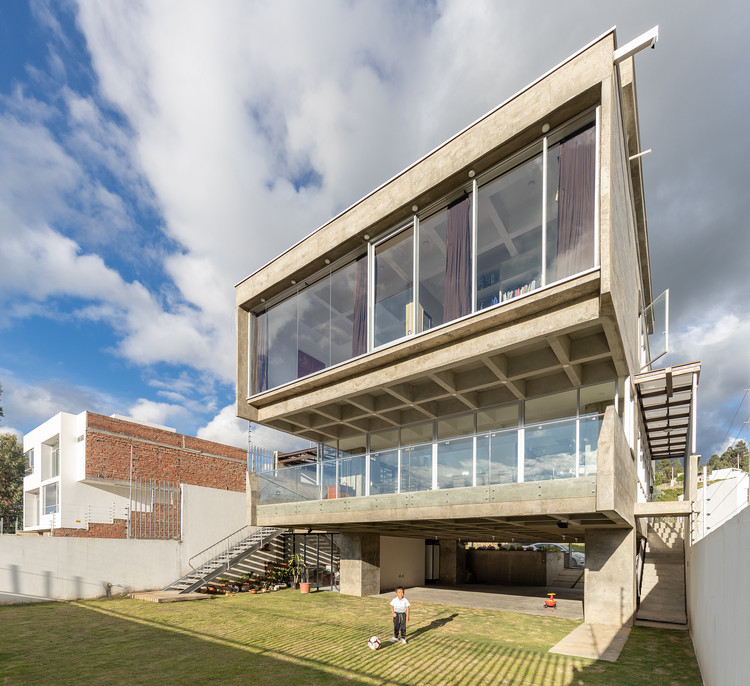 Text description provided by the architects. The house as it is, it can no longer be the same. In the moment in which we realized that the life contained within the wall is the most valuable, some aspects that have been important have been moved in the background. The D4 house is based on three main pillars, considered as a tool for evaluated the process of decision making during the design process.

The structure is the architecture
The house is composed by a structural abstract box supported on four points that are disposed with a distance of 7.15m and flown of 4.70m. On one side the element of the house such as columns, ribbed slabs, diaphragms and handrail - beams are designed for working as counterweights for the flown, highlighting gravity as a universal resource of architecture.  At the same time, the transmission of loads to the ground on a minimum of supports, allows freeing the space, generating order and a wide interior space.

Space flexibility as an attribute
The idea of a strictly functional house is outdated. The project was designed as a space container capable of hosting different functions inside, incorporating two flexible sanitary cores that allow variations and adaptations for future spaces’ configurations. The external staircase is a key element of the project considering that it could be replicated on the upper floors in order to make independent the distribution of new uses on the others floor like offices, housing… -. The subsoil plant is a diaphanous space, which can accommodate several uses in contact with the soil.

The place suggests how to build the architecture.
Beyond building a physical object, architecture builds places for living, creating a strong relation with the place in which is build. The relation between the construction and the environment it is fundamental in order to enhance the life inside the building. In this sense the project it constructed as a open box intercepting the distant landscape of the Andes mountain and the city over the valley at 2100msnm. The house is oriented to take also advantage of the solar incidence on both fronts. 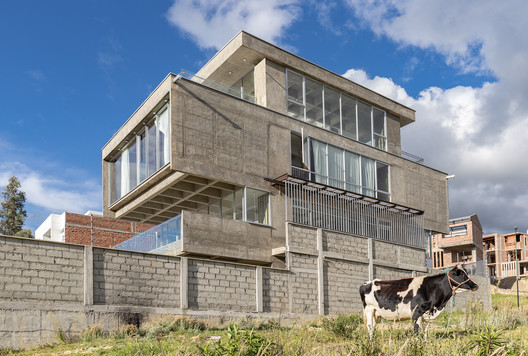 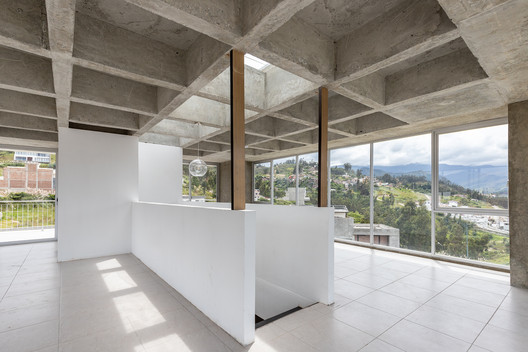