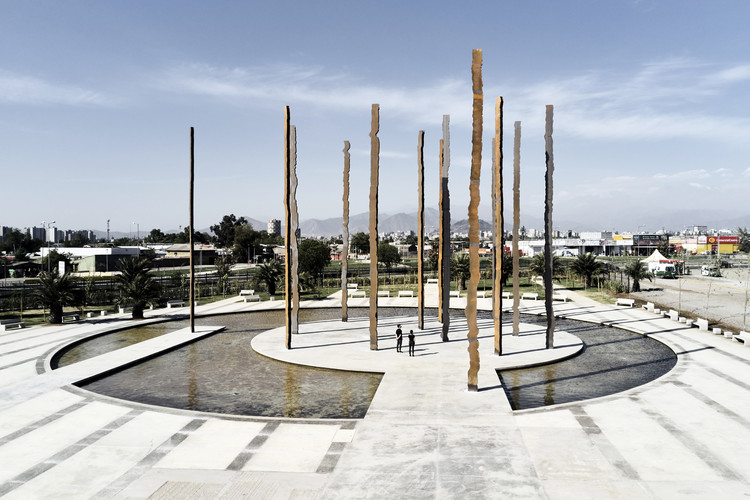 Text description provided by the architects. The work of Fernando Prats sustains itself in the landscape of Chile, both geographical and human, and the immersive energy of its extreme nature. The piece entitled “Her Vertical Retains Us” (Su Vertical nos Retiene) arises out of continuous observation of the Andes, the “Poem of Chile” (Poema de Chile) by Gabriel Mistral, and drawings from the 1875 Atlas of Physical Geography of the Republic of Chile, done by geologist Pedro José Amado Pissis.

In bringing together the profiles of the peaks and situating them vertically in Los Cerrillos Metropolitan Park, an intersection is produced with the view of the Andes mountain range, entering into a dialogue at the confluence of horizontality and verticality. The Andes mountain range, like a spinal column that structures the South American continent, is an opportune metaphor that suggests a rallying symbol, an opportunity to recognize ourselves in the fragility of our ephemeral territorial occupation. It holds vigil, shelters memory as an irrefutable witness and, through its tectonic plates, obligates us to remain alert; it contains, delimits, orients, and defines the possibilities of habitation. In and of itself, it is an ecosystem in resistance with which we identify, in terms of landscape and territory, marking a symbol and its own poetics.

This piece, conceived as an habitable sculpture it is understood as an extension of public space, a place where art and city intersect. Developed in collaboration with elton_léniz architects thought of as a legacy for Park Cerrillos, is possible thanks to the public call for entries carried out by the Ministry of Public Works for the COP25 (Climate Change Conference) that would have taken place in the park in December 2019. Like other relevant summits and events, the COP25 had to be suspended after the social uprising that broke out on Friday, October 18, and whose fundamental demand has been to attain a more just system for all Chileans.

For the technical development of the Project, at the beginning in the stage of the proposal to the contest, Ámbito Cero Museography was invited to join the team. Later, for its materialization, Cruz·Mandiola – Architecture & Objects joins to be responsible for the coordination, manufacture, and construction of the work.

Sixteen columns are distributed on the central island of a reservoir with a 42-meter diameter. Each of them possesses a section of the Profile of the Andes mountain range as described by Pedro José Amado Pissis. If they were lined up one after the next, they would make up the total profile from Arica to Tierra del Fuego.

Eight of the columns are parallel to the central axis of Bicentennial Park Cerrillos, while the other eight are aligned with the main access point. With a height of sixteen meters, each steel column consists of a central HEB beam with two 10-millimeter-thick sheets soldered to each side, forming a collaborative structure.

In the lower area, each column is individually anchored. A set of anchor bolts is used to connect the metal structure to a freestanding foundation of one cubic meter of concrete.

In the upper area, in order to avoid light pollution, each column has six devices on top of it that are directed toward its base, cutting out the silhouette of the mountain profiles. Proposal developed in collaboration with Limarí Lighting Design (LLD). 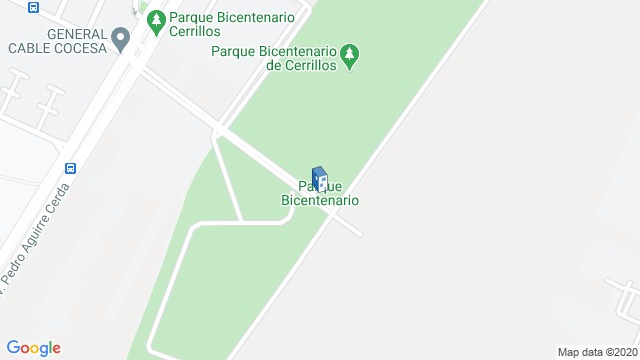 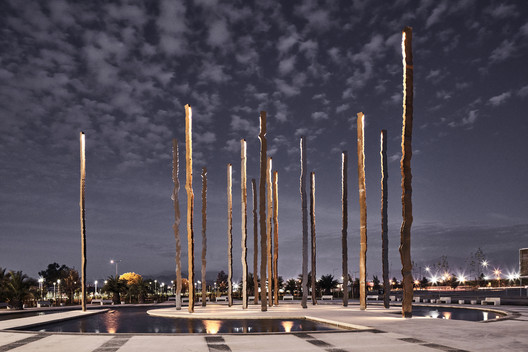 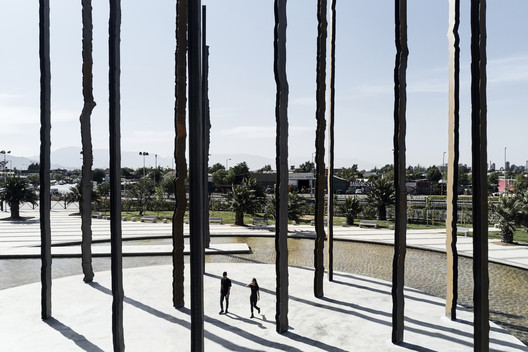 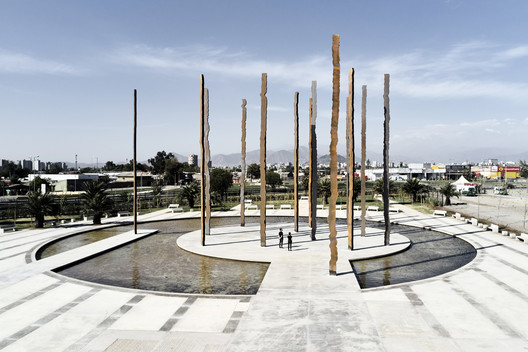