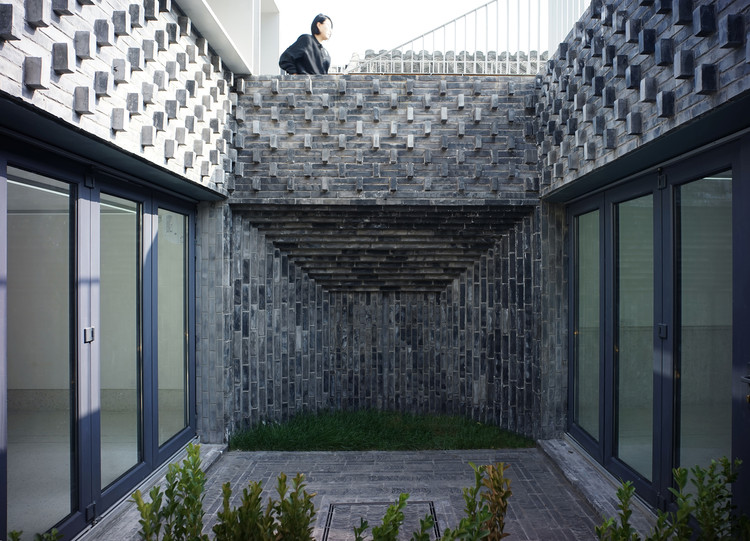 Text description provided by the architects. Jí Architect, entrusted by client, redeveloped an approx. 90-square meter atypical courtyard house in a Beijing hutong. Functions of the redeveloped courtyard house were yet to be decided. The outline and the shape of the new building shall remain consistent with the original.

The original buildingconstructed in the 1980s was a dilapidated hutong house with flat roof. The ground level of the courtyard in-between was lower than the repaired alleyways outside the yard. The clear ceiling height of the both two floors in the northern part building was less than two meters. Peoples had to lower their heads to avoid bumping the wooden beams when walking through the room.

Due to the variety of requirements and limitations of the redevelopment and construction in hutong area, the design becomes a process of finding the optimal solution by using the limits.

01 Limitations on the height
To create enough ceiling height, the ground of the site was further lowered down. The height difference was used to construct several platforms of various heights. The deep and narrow area between the enclosure and the building was designed as blurred transitional space where scattered steps were set to make less contrast between outside and interior heights. Steps and platforms played different roles at corresponding interfaces.

02 Limitations caused by adjacent structures
Considering the limitation and construction conditions in hutong area, the redevelopment adopted the steel structure for fast, convenient construction. The newly-set foundation of steel columns must avoid the neighbouring old brick base right next to them since the walls were impossible to move. So we place some columns one meter away from the wall adjacent to the neighbor, this caused a part overhang of the floor. The entire layout of the room was also re-divided by the column inside.

03 Limitations on the space area
The original space was divided into three independent and scatted small rooms due to the in-between courtyard and storey height. Since the functions of the redeveloped building were undefined, the space should be kept intact, and be maximized to provide more possibilities. We also opened up the interfaces of two rooms facing to the courtyard, and by switching open the folding door, the two rooms in the northern and southern parts can be integrated by the courtyard as a whole.

To make the best use of the natural sight and wonderful view over the hutong on the second floor, a bridge with steps was built, fitted in the courtyard scenery and connecting the northern room and the roof terrace of the southern part. The bridge, the terrace,the passages, and interior stairway were combined to create a new spacial circulation, enriching the spacial experience in this courtyard house.

We intended to create rich experiences in this small and confined space,by playing with the height differences, the organization of the space, and the interfaces treatment. The redevelopment project has demonstrated one of Jí Architect's innovative solutions under various limitations to the new planning of a hutong. 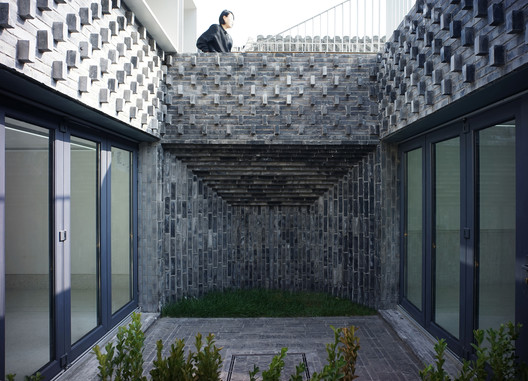