Created by Japanese architectural historian Norihito Nakatani, the film "A City of Columns" explores the distinctive dwelling culture of nagaya, a housing typology that flourished in the Japanese early modern period. The video depicts one of the few remaining nagaya neighbourhoods in Osaka, revealing the standardization embedded in all aspects of this form of housing and documenting how architectural elements transition between different spatial configurations. 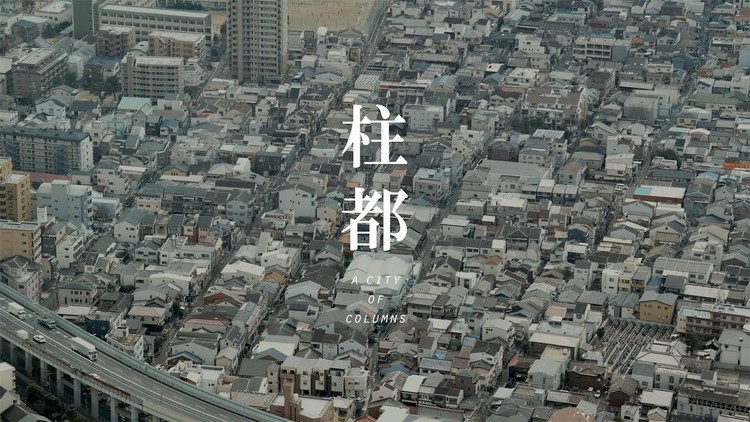 Nagaya, or tenement house, is a standardized housing scheme for which the basic measurement unit is the tatami mat. The space between structural elements was fixed and dictated a dimensional standard for rooms, but also architectural elements, which are referred to as hashirama sōchi. The nagaya typology is characteristic to 16th to 19th century Japan, a time of prosperity for the country reunified under military rule. During this time, the growing population of urban centres like Osaka called for the development of a highly rational and pragmatic housing scheme that could satisfy the increasing demand for dwellings.

The use of the tatami as the standard in measuring floor plans allowed for the implementation of precise modularity in housing units. By 1574, sustained by an ample renter culture, Osaka had in place a production system for architectural assemblies that resembled modern-day prefabricated culture. With the standardization of floor plans, albeit more slowly, came the standardization of architectural elements, such as doors, sliding partitions, façade panels, dividers. The modularity and the ability to remove and replace these components allowed for great freedom in the usage of the space. The standardization of housing units translated further into urban planning, with land divided along grids of fixed sizes creating the foundation for neighbourhoods in early modern Osaka. The 20th century brought dramatic transformation to Osaka's urban structure and dwellings. Few modular nagaya remain to this day, with many destroyed during WWII and others being torn down to make room for urban redevelopment.

The film centres around one of those few structures left, the Toyosaki Nagaya, a residential cluster recreated using the designs of Osaka University students, with the help of the architectural studio Tōri-sh. Initially built in the first decades of the 20th century, the several nagaya buildings on the plot had become severely dilapidated with time and subsequent occupancy. Keeping with the spirit of the typology, the restoration of Toyosaki Nagaya complex remains faithful to the original measuring systems, but incorporates new materials and brings improvements to certain aspects of the living conditions. The film evokes the spatial possibilities embedded in the modular structure, showcasing how architectural elements are replaced and interchanged.

The movie is part of an ampler study titled Hashirama-Sochi; Equipment In Between, a research project conducted by professor Norihito Nakatani, as part of his seminar at the Waseda University. The study, supported by the Window Research Institute, uses the medium of film to document hashirama sōchi (the architectural elements that occupy the gaps between columns), a key concept in investigating historical Japanese architecture.

Read more about the research project, the nagaya housing typology and the standardization behind this Japanese architectural heritage. 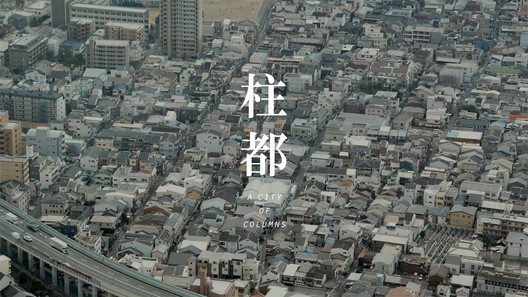