Save
A Fully Automated Construction Industry? Still a Long Road Ahead
Share
Or
Copy

Robotic automation has been widely adopted by the manufacturing industry for decades. Most automotive vehicles, consumer electrical appliances, and even domestic robots were made and assembled by “armies” of robots with minimal human supervision. Robotic automation brings higher production efficiency, a safer working environment, lower costs and superior quality. After years of development and deployment, the process now requires minimal human involvement.

However, we seldom find high levels of automation at building construction work sites. Why is this and how can we make it a reality? Before moving forward, we need to take stock of where we are and what the restrictions are to robotic automation.

Midway on the journey from manual construction to full automation

The temples and pyramids of ancient Egypt continue to fascinate, not only for their sheer size but also the techniques used to build them. Simple machines, like the ramp and the lever, were invented to aid construction. After thousands of years, there is no big difference in the mode of construction.  It is still a labor-intensive industry assisted by non-automated machines, although these are much more sophisticated and efficient than those of ancient times.

The construction industry is facing challenges ranging from labour safety and costs to tightening environmental regulations.  Globally, an aging workforce has led to fewer workers and more work injuries. As a result, more money is required to cover higher salaries, insurance premiums and occupational safety training and equipment.

Industrial robots came into the spotlight in the 1960s. The robotic manipulator “Unimate” that can move six degrees of freedom and handle objects weighing up to 500 pounds was unveiled. It paved the way for full automation in the manufacturing line. The number of industrial robots in use worldwide has multiplied three-fold over the past two decades, to 2.25 million. The investment in robots contributed to 10 percent of GDP growth per capita in OECD countries from 1993 to 2016. However, despite the obvious benefits, the construction industry has yet to embrace the automation trend.

It is indisputable that an automated robotic system helps reduce production and labour costs. According to the McKinsey analysis, US labour compensation in manufacturing is four times the average robot price. However, financial benefit alone is not enough to push the construction industry forward. There are further obstacles.

In industry, robots usually operate in well-defined and predictable indoor settings, confined to a fixed assembly line or working space to do assigned jobs. In the construction industry, it is a totally different story. Construction sites are full of “surprises” and uncertainty. Workers are expected to work under extreme and frequently changing environments such as wet and dry, hot and cold, sandy and watery, and in open and narrow spaces. These are huge technological challenges facing the construction robot inventors. It will be quite costly to make a robot that can “do-everything” and adapt to these varying conditions of operation.

The challenges to automation in construction also come from established regulations and complex procedures. To ensure the quality and safety of construction work, there are complicated and sometimes harsh regulations in place. Professional qualification assessments and the legal liability of workers stated in contracts provide safety assurances. If robots replace human workers, how can these requirements be imposed on robots? Who is to be held responsible for any defective works or accidents? The ethic of robotics in construction is a notable gap.

The complexity of construction tasks also limits the adoption of robotic technology. A construction project usually includes hundreds of tasks and multiple phases. Although we have sophisticated robots for individual tasks, a fully automatic management system is yet to be devised. It is like a football team of star players without a professional manager. The development of such a system requires deep knowledge of construction management and understanding of process flow, but on this, there is a lack of studies and scientific models.

Automation for many individual tasks at construction sites may be feasible within the coming 10 to 20 years. But for full automation, there is still a long road ahead.

Advantages of introducing robotics and automation into the construction industry

In the debate on the future of construction and architecture, robotic technology is always an indispensable direction for discussion.  It can be used to tackle some longstanding issues in the industry.

Robotics technology developed rapidly during the 1980s, particularly in Japan, to tackle labour shortages due to an aging workforce and younger workers being reluctant to do hard physical labour. Every developed country and region is now experiencing this aging problem. In the US, the median age of construction workers has risen from 37.9 in 2000 to 40.4 in 2010. Injuries are more severe among older workers thus compensation costs increase with the age of workers. A construction worker has a 75 percent likelihood of experiencing a disabling injury and a 1-in-200 chance of being fatally injured on the job over a 45-year career. It is hoped that robots can do all the high-risk tasks (like demolition and working at height) and solve labour shortages in specific skilled tasks.

The ability to work 24/7 and error-free make robots more appealing than human workers for the future. Humans are not machines.  Fatigue is an unavoidable vulnerability and, consequently, errors and quality inconsistency are often seen in their work. By contrast, robots do not feel fatigue and are able to perform the same task with high precision and consistency.

Ultimately, the least discussed but most powerful benefit of robotics and automation in construction is the unlocking of design possibilities. Architects always have endless design ideas but, in the real world, factors including workers’ techniques, time, and building cost have to be taken into account, which ultimately hinder the realisation of creative ideas. The introduction of fully automated robotics can remove at least some of these limiting factors and we can foresee more complicated, artistic buildings being constructed in the future.

Construction robots can revolutionize the future of the building industry

In the Hong Kong Bi-City Biennale of Urbanism/Architecture 2017, our research team from the Faculty of Engineering and Professor Adam Fingrut from the School of Architecture at the Chinese University of Hong Kong (CUHK) presented a cable-driven robot named CU Brick that used Jenga blocks to build. Due to the irregular structure of the buildings, each of the Jenga blocks had to be placed precisely at designated positions with a very small margin of error. This project demonstrates how robotics can help realise the architect’s dream with the concept of “design possibilities are endless”.

The CU Brick robot is portable where the actuators of the system can be mounted on metal frame structures to the walls and roofs of buildings in a range of different environments, opening up possibilities in larger-scale 3-dimensional construction that otherwise may have been too difficult to realise. The system software computes and controls the pulling of cables, allowing accurate movement of the gripper to place bricks.

More recently, another building construction related project being undertaken by our team is to develop a high-rise façade operations robot. Rather than a robot to expand the range of possibilities for new brick structure designs, the façade robot aims to address a significant issue within the building construction and maintenance field: to remove workers from high heights. The system aims to perform a wide range of operations such as window cleaning, façade painting and repair works. Currently, such works are performed by human workers on gondolas, which is both dangerous and expensive to operate. As such, we are not making robots to replace human workers, but trying to create a safer work environment for them. In the coming year, we will be testing our robot on a façade at CUHK to demonstrate its practicality and effectiveness.

The industry has begun to recognize the need for further attention to automation robotics due to an aging population. With the successful research work done by research institutes and the support of governmental bodies, companies are actively exploring partnerships and opportunities to commercialise robotic technologies and adapt them to the workspace, which might further speed up automation within the industry. 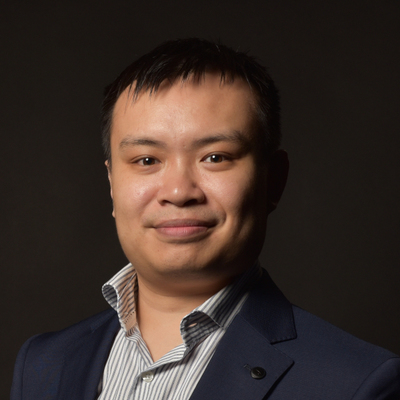 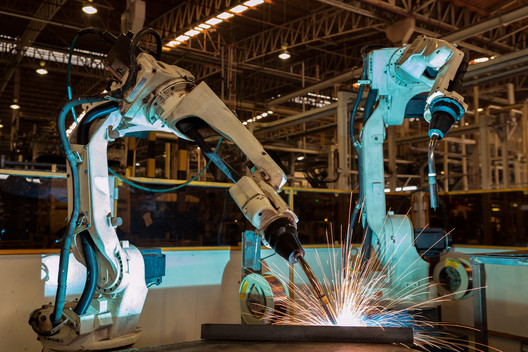