As the COVID-19 global pandemic has unfolded over the last several months, stories of people cooped up in crowded cities and concerned about their future have anecdotally popped up across the internet. When the virus first arrived, it was common for people to escape to their beach-side homes, or to return to their parent’s house for more space and a sprawling yard.

Although it’s true that some suburban transplants have unshackled their lives from the urban areas that they once called home in favor of a single-family residence instead of a 500 square-foot highrise apartment, the real story lies with the data that predicts a different, and more vibrant future for our cities. It’s not quite time to get out of town for good.

There’s an eerie prediction that the mandated social distancing measures and disguise of a face mask will be something that sticks with society long after an effective vaccine is manufactured and distributed widely, despite an overwhelming hope to reinvent the society we once knew into something better, and healthier. Five years from now will we be shuffling away from those who feel a little too close for comfort? Will we ever enter our workplace in the morning and habitually funnel into crowded meeting rooms? And will we ever even want to live in dense neighborhoods and ride overflowing subway trains that city life is so often synonymous with?

The Architecture of Social Interaction

While some suburban towns are claiming a spike in real estate activity, this might just be a temporary trend that will last in the short term of the next couple of years. Many large tech companies have announced that they are allowing employees to work from home- Twitter has said employees can work remotely infinitely if they so choose and Uber and Google have stated that a majority of their workforce will stay home until at least next summer. But the tradeoffs for space that some are enjoying only means that cities are seeing falling home prices and declining monthly rents that others are willing to capitalize on.

There are undoubtedly people who have flocked to the more rural areas and who won’t return to a metropolis way of living but a close look at the numbers shows that the movement isn’t as great as we may think. In data pulled from Zillow that shows home searches, the percentage of traffic from serval major cities in the United States rose from the same time last year, reflecting an uptick of people wanting to leave the city. Upon closer analysis, the searches weren’t actually for homes in suburban or rural towns, but were to other urban areas. City dwellers aren’t looking for homes in the suburbs, but other similar cities. This small uptick in data doesn’t nearly quite match the widespread hypothesis that a mass exodus from cities is happening yet, and it might never happen even as the pandemic rages on. Even if people do move out, real estate data is slow to follow actions, as searching for a home, putting in an offer, and the closing process is often long and drawn out.

While job losses are a problem, after the pandemic ends, some careers like those in the entertainment and hospitality industries could bounce back relatively quickly. Work from home policies, while ambitious and reflective of desires of the workforce in recent years, haven’t quite figured out what life is like when there is more choice and freedom put back in our daily lives. And while the role of the office is slated to change and evolve, the need for a physical nexus of culture and mentorship will remain. There are also those who find appeal in the city life, that fans of suburbs find rather stressful. People aren’t looking for a new lease, just a new lease on life in a place not so different from where they were already living.

NewsArticlesSuburbsCitiesMigrationResidential ArchitectureOn InstagramADTopic 2020 How Will We Live TogetherCOVID-19
Cite: Kaley Overstreet. "Why It's Not Quite Time to Give Up City Living" 10 Aug 2020. ArchDaily. Accessed . <https://www.archdaily.com/945204/why-its-not-quite-time-to-give-up-city-living> ISSN 0719-8884 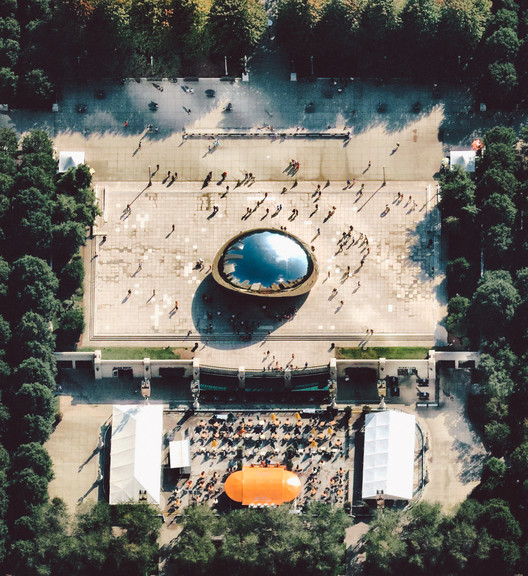